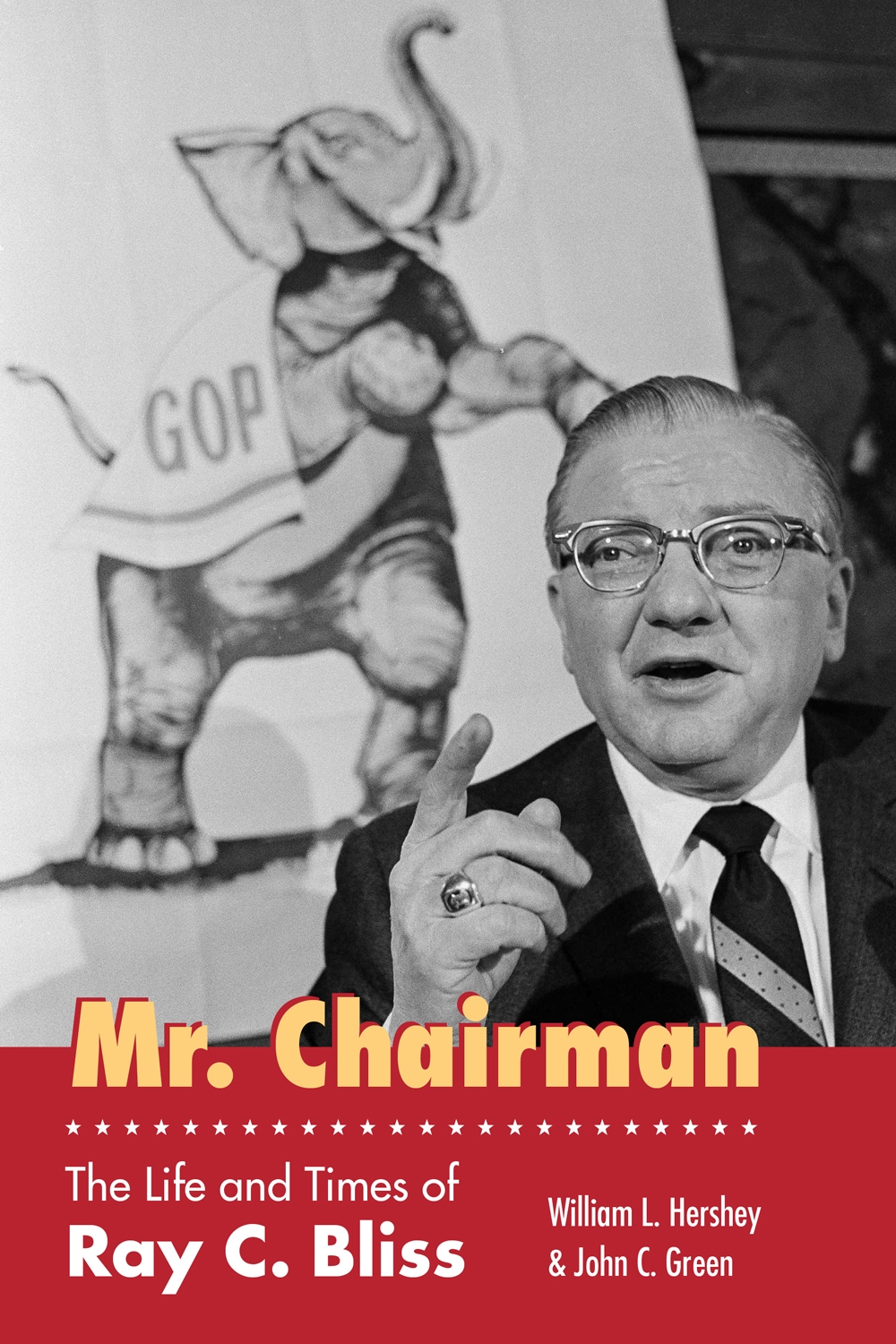 The Life and Times of Ray C. Bliss

Ray Bliss was a masterful behind-the-scenes force in the Republican Party for more than three decades at the local, state, and national levels. Recognized as a master of the “nuts and bolts” of practical politics, Bliss was among the first to use polling and television in campaigns. When Bliss took over as national chairman in 1965, the GOP was on life support after Barry Goldwater’s landslide defeat in the 1964 presidential election. Bliss rebuilt the party through hard work, innovation, a keen eye for detail, and uncanny political instincts. His shrewd ability to unite liberal, moderate, and conservative Republicans helped put Richard M. Nixon in the White House in 1968.

Republicans today face many of the same challenges Bliss faced nearly half a century ago as they struggle to present a united front on thorny issues such as health care and taxes, while accommodating diverse viewpoints. Bliss was critical of candidate-centered politics, more prevalent now than in his time. President Donald J. Trump succeeded with this approach and Republicans today could learn from Bliss’s ability to uphold the party’s interest when working with independent-minded and unpredictable officeholders such as Nixon and Ohio Governor James A. Rhodes.

William L. Hershey spent more than forty years reporting on Ohio government and politics at the local, state, and national levels before retiring in 2012. He covered nine national political conventions and eight Ohio presidential campaigns, and continues to write on a freelance basis. Hershey was Washington correspondent for the Akron Beacon Journal and Columbus Bureau Chief for the Akron Beacon Journal and the Dayton Daily News as well as a major contributor to the 1987 Pulitzer Prize won by the Akron Beacon Journal staff for coverage of Sir James Goldsmith’s attempted takeover of the Goodyear Tire & Rubber Co. He served two years as a Peace Corps volunteer in Ethiopia and earned his BA degree in history from Albion College as well as his MS degree from the Columbia University Graduate School of Journalism. A native of Flint, Michigan, he lives in Columbus, Ohio, with his wife Marcia.

John C. Green is the director of the Ray C. Bliss Institute of Applied Politics at the University of Akron, a post he has held since 1988. He is also a Distinguished Professor of Political Science at the University of Akron. Dr. Green received his PhD in Political Science from Cornell University in 1983 and his BA in Economics from the University of Colorado in 1975, and is a member of Phi Beta Kappa. Green has done extensive research on American religion and politics, political parties, and Ohio politics. He is author of The Faith Factor, coauthor of Buckeye Battleground: Ohio, Campaigns, and Elections in the Twenty-First Century, and editor of The State of the Parties, now in its seventh edition. Dr. Green is a respected analyst of American and Ohio politics, and is widely quoted in the news media.