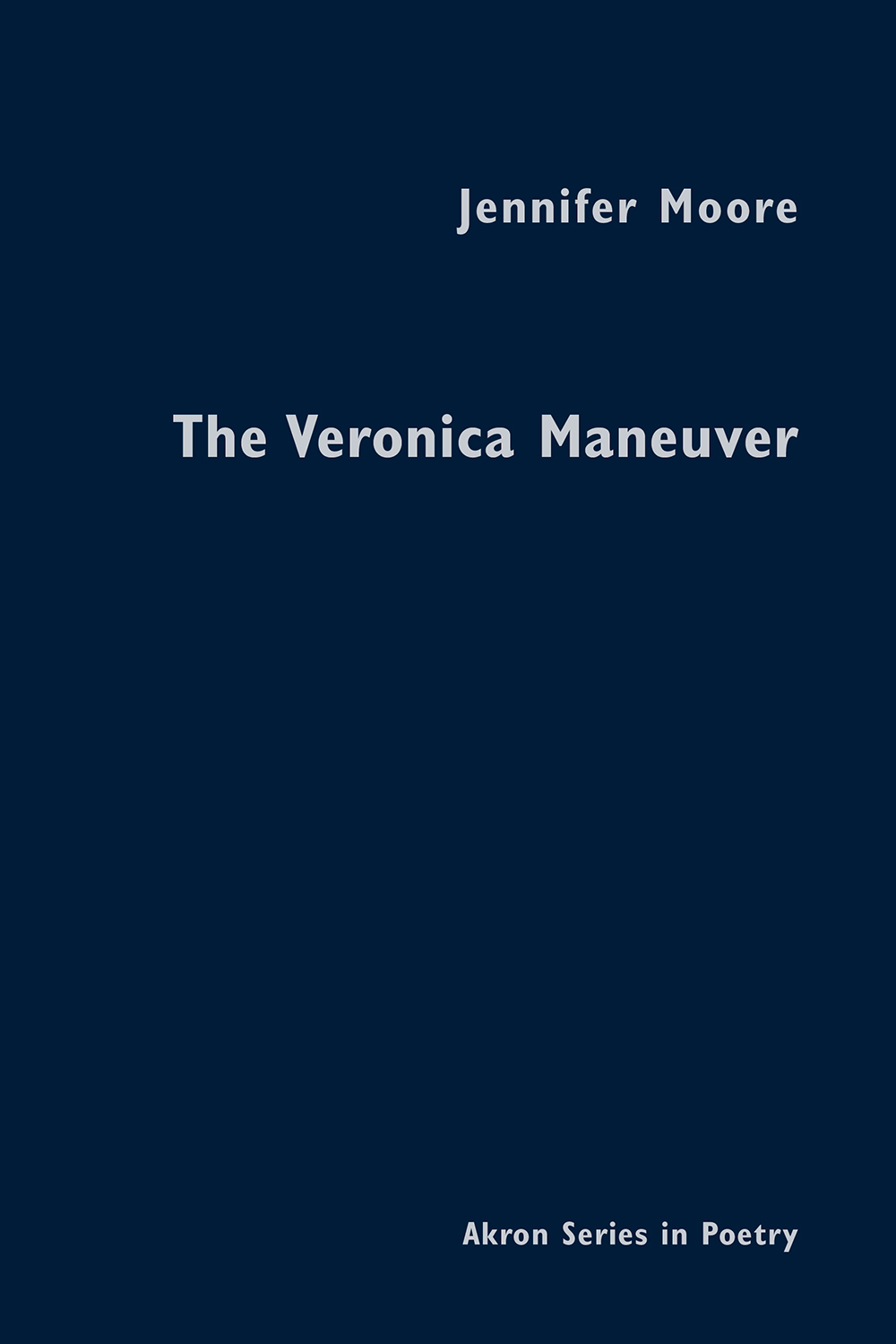 Jennifer Moore’s debut collection takes its title from a bullfighting technique in which the matador draws the bull with his cape; in these poems, however, traditional moves are reconfigured and roles are subverted. In a broader sense, the word "veronica" (from the Latin vera, or "true" and the Greek eikon, or "image") functions as a frame for exploring the nature of visual experience, and underscores a central question: how do we articulate events or emotions that evade clear understanding? In order to do so, the figures here perform all manner of transformations: from vaudeville star to cartoonist’s daughter, from patron saint to "Blue-Eyed Torera; " they are soothsayers, apothecaries, curators, often conjuring selves out of thin air. This dilating and "shape-shifting" of perspective becomes a function of identity: "the absorber and the absorbed become one." Indeed, both speaker and listener must be crafted-willed into being-by each other ("Be your own maestro"), and are apparitions until then. Through a flick of the wrist or a trick of the eye, these speakers understand that construction of a self comes only through performance of that self—which performances are often punctuated with a wink, an unswerving gaze, or both at once.

Jennifer Moore is the author of the chapbook What the Spigot Said (High5 Press). Poems have appeared in American Letters & Commentary, Best New Poets, Memorious, Barrow Street, and elsewhere, and criticism in Jacket2 and The Offending Adam. A native of the Seattle area, Jennifer is an assistant professor of poetry at Ohio Northern University, where she teaches courses in creative writing, literature, and composition. Currently, she lives in Defiance, Ohio.