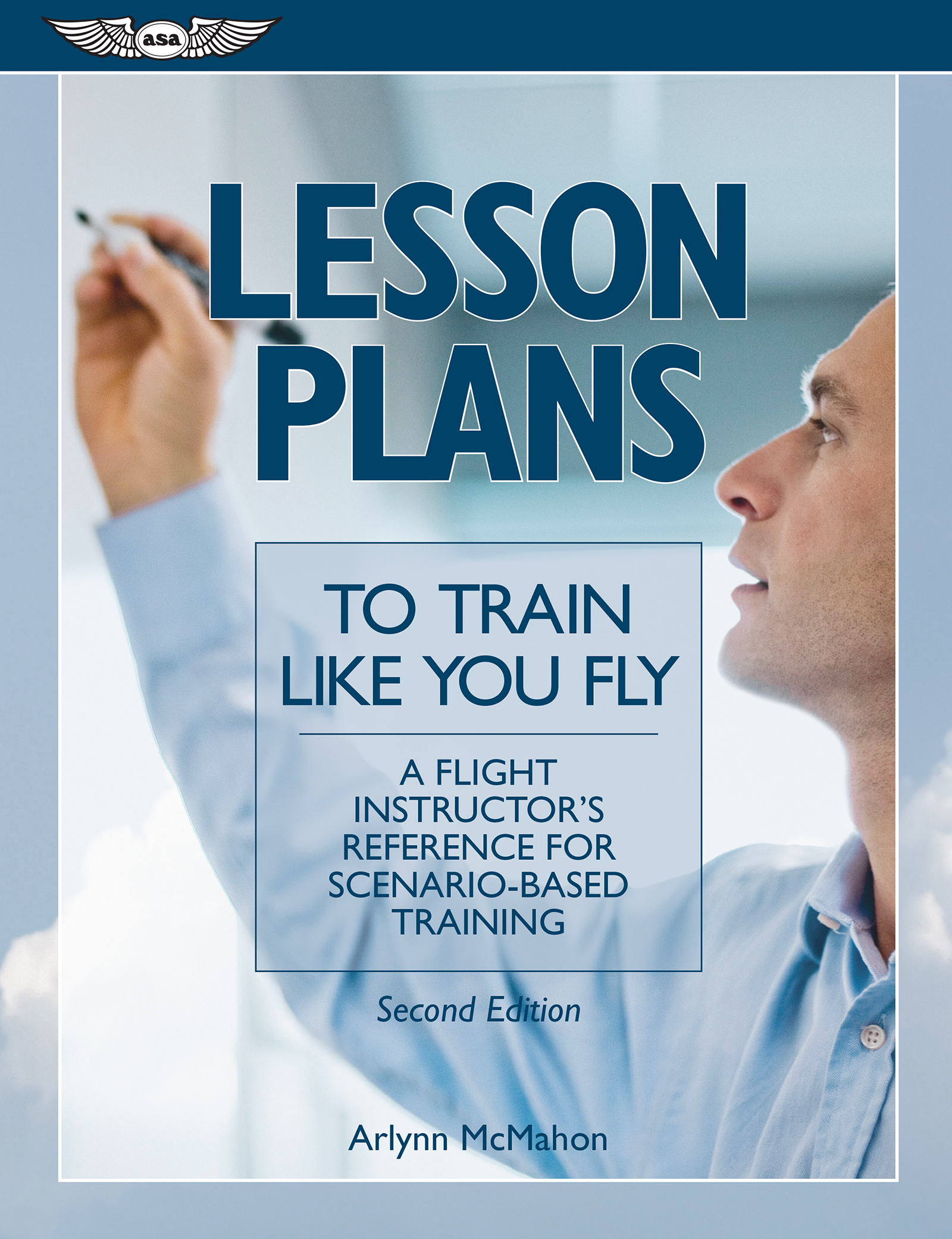 This guide for flight instructors presents lesson plans in the form of scenario-based “maneuver briefings.” A rich resource for active instructors, these lesson plans are also helpful to CFI applicants preparing their own materi­als. Lesson Plans can also be used as a companion book for flight instructors who are following the principles of scenario-based training taught in Arlynn McMahon’s first book, Train Like You Fly: A Flight Instructor’s Guide to Scenario-Based Training. Lesson Plans is designed to work in complement with any syllabus and the FAA Airman Certification Standards (ACS). It explains how to teach each maneuver, making the flight instructor’s favorite syllabus curriculum even more effec­tive and enjoyable for flight students. Each maneuver briefing features a series of drawings instructors can discuss with their students or replicate in the classroom and an accompanying script to teach from, which includes a story or motivation on the why and how the maneuver is applied in actual flight. Common errors are discussed in the form of keys to success, to posi­tively inspire students to become sound aviation citizens. In addition to the lesson plans, the book includes templates, checklists, and student assignments to build proper flight preparation habits and help determine the student’s readiness to act as pilot-in-command. These tools are especially helpful to the flight instructor ahead of the major flight training milestones, such as first solo, solo cross-country, and the checkride.

Arlynn McMahon began her love of aviation as a youngster. She soloed on her 16th birthday; since that time her feet have rarely been on the ground. Arlynn is a graduate of Aero-Tech of Lexington, Kentucky, and also a graduate of Embry-Riddle Aeronautical University. Arlynn has helped more than 1,000 students and CFIs fulfill their dreams of flight since she joined Aero-Tech as an instructor in 1984. A career flight instructor, she recently completed a MBA in Strategic Leadership from Amberton University. Today she serves as Aero-Tech’s Vice President and Training Centers Manager, responsible for all pilot training and flight activities. She is an active FAA Accident Prevention Counselor, 1991 FAA Regional Flight Instructor of the Year, 2009 CFI of the Year, and 2009 recipient of the NATA Award for Excellence in Pilot Training. Arlynn specializes in teaching Aeronautical Decision-Making and Cockpit-Risk Management to the aircraft owner/nonprofessional pilot. She is a guest speaker at many aviation safety seminars and functions. Arlynn holds an Airline Transport Pilot for multi-engine privileges and a Commercial Pilot Certificate for single engine privileges. She is an FAA Gold Seal and NAFI Master Instructor, with CFI, CFII, MEI, AGI, and over 10,000 accident-free hours, including 7,000 hours dual given. She is a Designated Sport Pilot Examiner and a FAAST Representative.