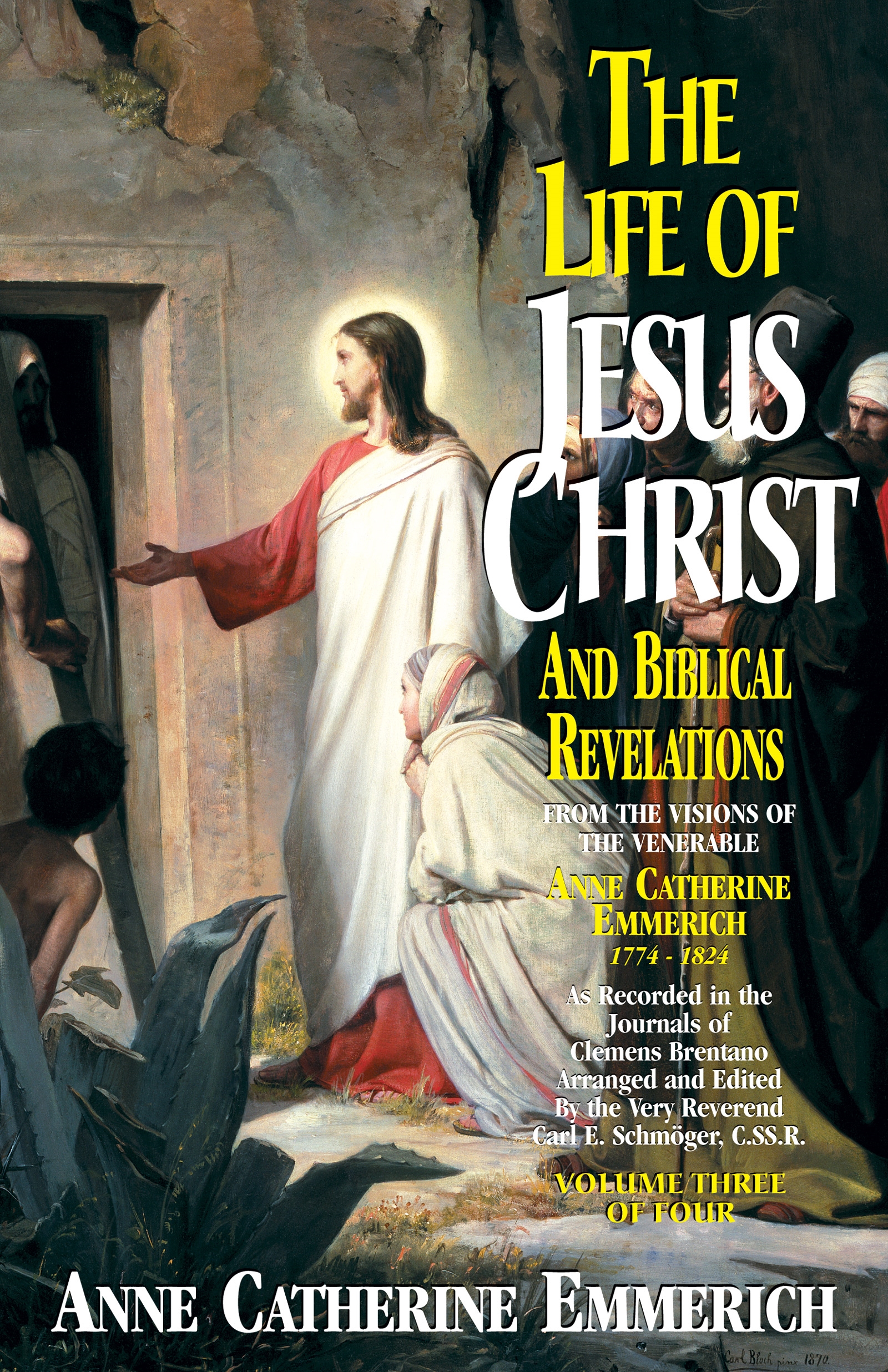 The Life of Jesus Christ and Biblical Revelations

From the Visions of Blessed Anne Catherine Emmerich

One of the most extraordinary books ever published. These four volumes record the visions of the famous 19th-century Catholic mystic; Ven. Anne Catherine Emmerich; a nun who was privileged to behold innumerable events of biblical times; going back all the way to the creation of the world. She witnessed the fall of the Angels; the sin of Adam; Noe and the Flood; the lives of St. John the Baptist; St. Anne; St. Joseph; the Blessed Virgin Mary; and St. Mary Magdalen. Also includes the birth; life; public ministry; Crucifixion and Resurrection of Jesus Christ; as well as the founding of His Church. Besides describing persons; places; events and traditions in intimate detail; Anne Catherine Emmerich also sets forth the mystical significance of these visible realities. Impr. 4 vol set- 2;623 pgs; A $100 Value!

Anne Catherine Emmerich was born to poor parents at Westphalia, Germany in 1774. When she was twenty-eight years old she became an Augustinian nun at Dulmen, and apparently began to experience ecstasies as a result of spiritual favors. She received the Stigmata in 1813, confined to her bed, and reportedly convinced a vicar-general, Overberg, and three physicians of her sanctity. She later reported that she had seen visions of Christ and the souls in purgatory as a child, as well as a circular core with three sections representing the Trinity. She is the author of The Dolorous Passion of Our Lord Jesus Christ, The Life of the Blessed Virgin Mary, Life of Jesus Christ and Biblical Revelations, and The Bitter Passion and the Life of Mary. Anne Emmerich died on February 9, 1824 and was beatified by Pope John Paul II in 2004.