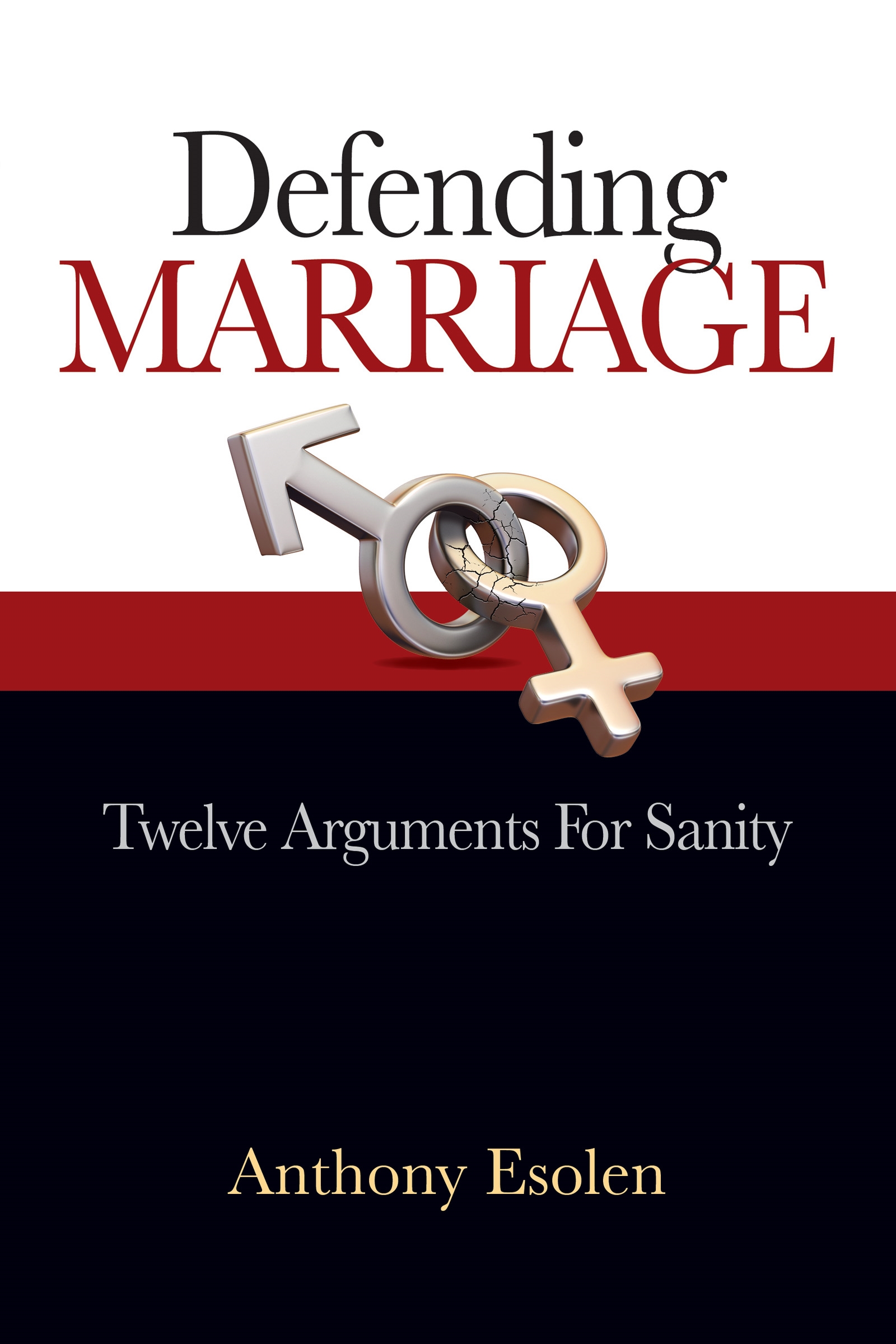 Defending Marriage: Twelve Arguments for Sanity is a rousing, compelling defense of traditional, natural marriage. Here, Anthony Esolen—professor at Providence College and a prolific writer uses moral, theological, and cultural arguments to defend this holy and ancient institution, bedrock of society—and to illuminate the threats it faces from modern revolutions in law, public policy, and sexual morality. Inside, discover: - Traditional marriage’s roots in age-old religious, cultural, and natural laws - Why gay marriage is a metaphysical impossibility - How acceptance and legal sanction of gay marriage threatens the family - How the state becomes a religion when it attempts to elevate gay marriage, and enshrine as a civil right all consensual sex - How divorce and sexual license have brought marriage to the brink - How today’s culture has impoverished and emptied love of its true meaning In Defending Marriage, Esolen expertly and succinctly identifies the cultural dangers of gay marriage and the Sexual Revolution which paved its way. He offers a stirring defense of true marriage, the family, culture, and love—and provides the compelling arguments that will return us to sanity, and out of our current morass.

Professor Anthony Esolen holds a Doctorate in Renaissance English Literature from the University of North Carolina at Chapel Hill. He is a Professor of English at Providence College, located in Providence, Rhode Island. He is the translator of the celebrated three-volume Modern Library edition of Dante s Divine Comedy (Random House). He is a Senior Editor for Touchstone: A Journal of Mere Christianity, and his articles appear regularly in First Things, Catholic World Report, Magnificat, This Rock, and Latin Mass.