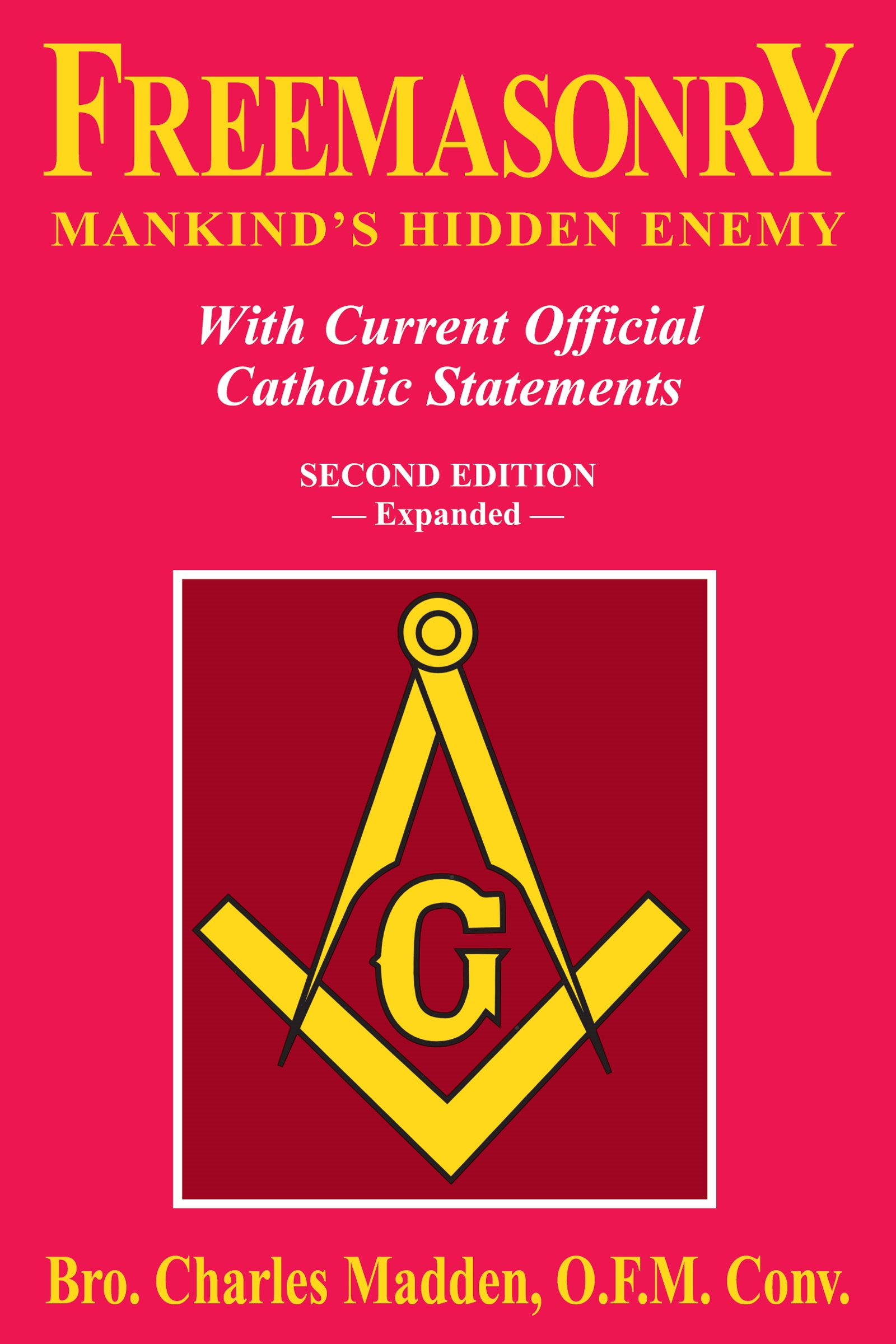 Expanded edition! A short, incisive examination of Freemasonry, giving a brief, clear overview of the subject. Quotes Leo XIII's famous encyclical OnFreemasonry (1884) and proves that it is a significant danger to Catholicism today. Gives current official Catholic statements; intended to end confusion about Catholics joining this cult. New material includes "Masons and Mafias," discussing the partnership of these two groups in Europe; and "Kadosh—30th Degree," which describes a Masonic ceremony that involves trampling on the papal tiara.

Brother Charles Madden, OFM Conv., was born in Baltimore, Maryland in 1940. He was the youngest of eleven children, and graduated from Mt. St. Joseph High School in 1957. He was later employed for ten years at the United States Social Security Administration in Baltimore, and joined the Conventional Franciscan order in 1968. Brother Madden is the author of Giving Up Stealing… for Lent! and Freemasonry: Mankind's Hidden Enemy. He has also contributed to Immaculata Magazine over a period of thirty years.