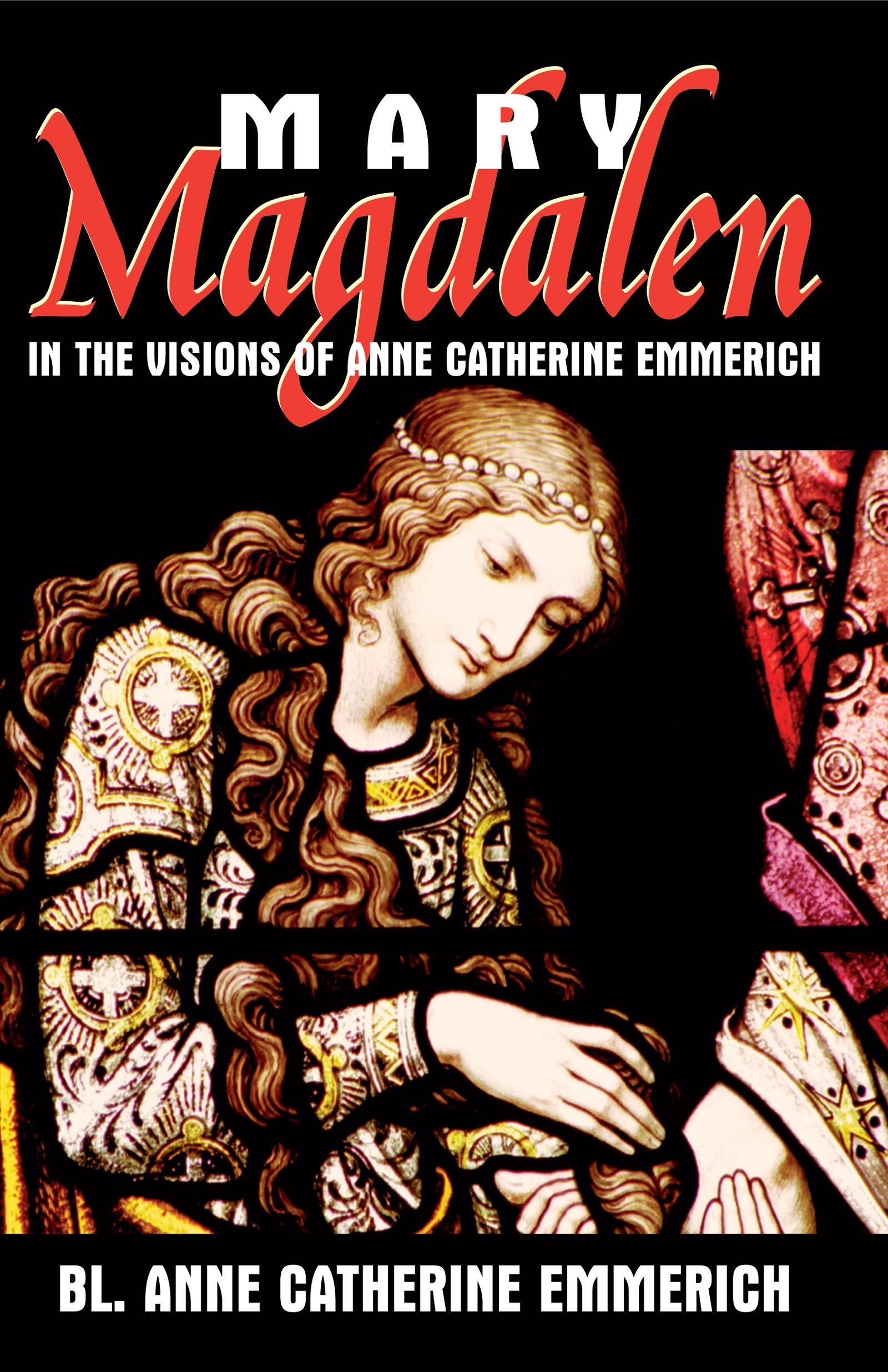 In the Visions of Anne Catherine Emmerich

The visions of Blessed Anne Catherine Emmerich are the world's greatest source of detail on the life of St. Mary Magdalen -- great sinner and penitent. Fully referenced to The Life of Jesus Christ (their source), these pages agree completely with Sacred Scripture, but also tell of Mary Magdalen's sinful life from age 9, her extravagant attire, her second repentence after falling back into sin, her exorcism by Our Lord, His defense of her against the self-righteous, her relationship with Martha and Lazarus, her external appearance, her role at Calvary and much more. Impr. 191 pgs,

Anne Catherine Emmerich was born to poor parents at Westphalia, Germany in 1774. When she was twenty-eight years old she became an Augustinian nun at Dulmen, and apparently began to experience ecstasies as a result of spiritual favors. She received the Stigmata in 1813, confined to her bed, and reportedly convinced a vicar-general, Overberg, and three physicians of her sanctity. She later reported that she had seen visions of Christ and the souls in purgatory as a child, as well as a circular core with three sections representing the Trinity. She is the author of The Dolorous Passion of Our Lord Jesus Christ, The Life of the Blessed Virgin Mary, Life of Jesus Christ and Biblical Revelations, and The Bitter Passion and the Life of Mary. Anne Emmerich died on February 9, 1824 and was beatified by Pope John Paul II in 2004.