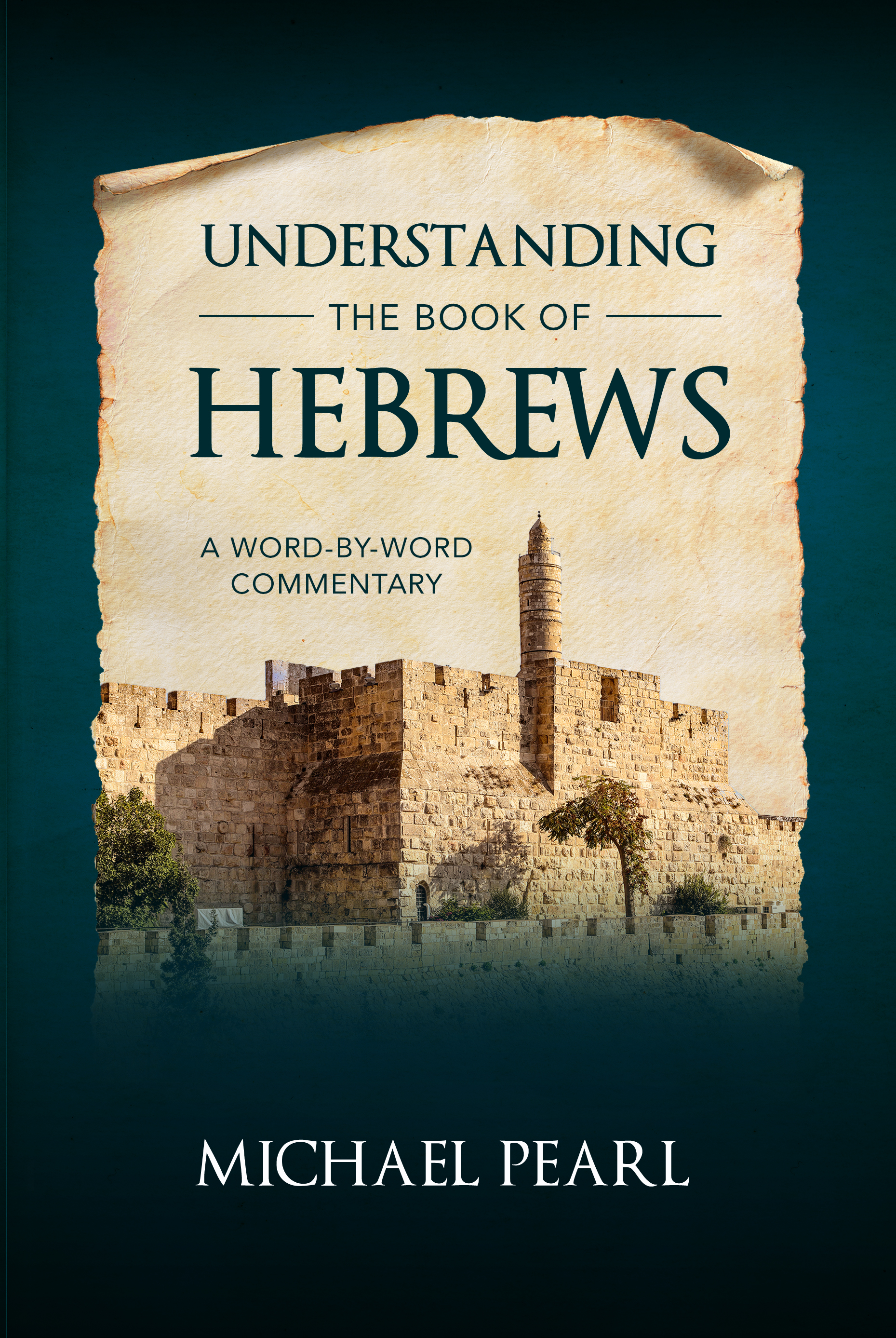 Understanding the Book of Hebrews

A Word-by-Word Commentary on the most thorough discussion of faith found in the Bible.

God, as salesman of the truth, takes the responsibility to present himself in a way that causes you to know your need of him, believe his promises, and forsaking all others take him only. If you look at your faith you will look in vain.

If you look to him, knowing you have insufficient faith, and you do not consider your faith or the lack thereof, he will receive you as you are, having less faith than a grain of finely ground pepper. He will then call you his own. Then your faith is not in your faith; it is in his faithfulness. Then you have entered the world of biblical faith—all praise to him and no brag on our part.

10:38 “Now the just shall live by faith: but if any man draw back, my soul shall have no pleasure in him.” The just shall live by faith is taken from Habakkuk 2:4-a seventh century BC prophet anticipating this present grace dispensation. It is quoted in the New Testament three times: Here in Hebrews 10:38, in Rom 1:17, and in Gal 3:11. When we look at the original we find clarity in our interpretation, for it contains one word omitted in the three NT quotes, although it is implied. It is the word his; “the just shall live by his faith.” There has been an almost universal misunderstanding of these four passages. Most students interpret the passages, especially in Romans and Galatians, to be saying what is otherwise true, that by faith one is justified from sin by the atoning work of Christ. That is true in other passages, but the subject here is not new birth justification; it is manner of one's daily walk. To paraphrase the text: Just people will live their lives by the means of faith. Or to put it another way, we continue to relate to God by faith alone. It is not a formula for being justified from our sins; it is a formula for how those who are indeed just will live their lives....

Michael Pearl was raised in Memphis, Tennessee, in a good home, by parents who were faithful to point him to God. Mike, a graduate of Mid-South Bible College in Memphis, has been active in evangelism and the work of the ministry since he was a teenager, studying and teaching the Bible for over 60 years now. He worked with Union Mission in Memphis for 25 years, while he and his wife Debi also ministered to the many military families in Memphis and pastored churches. Later they moved to rural Tennessee where they continued in the work by holding Bible studies in local homes, which eventually led to regular meetings of the local body of believers, and to starting a prison ministry where Mike preached every week at his local prison for nearly 20 years.

God eventually led them into the ministry of writing on child training and family relationships, which they now feel is their life’s work and calling. In addition to the child training ministry, the work of weekly online Bible teaching, the prison ministry, missions, and family life is still ongoing. The Pearls have been married since 1971, and have 5 children and 27 grandchildren (and counting!).