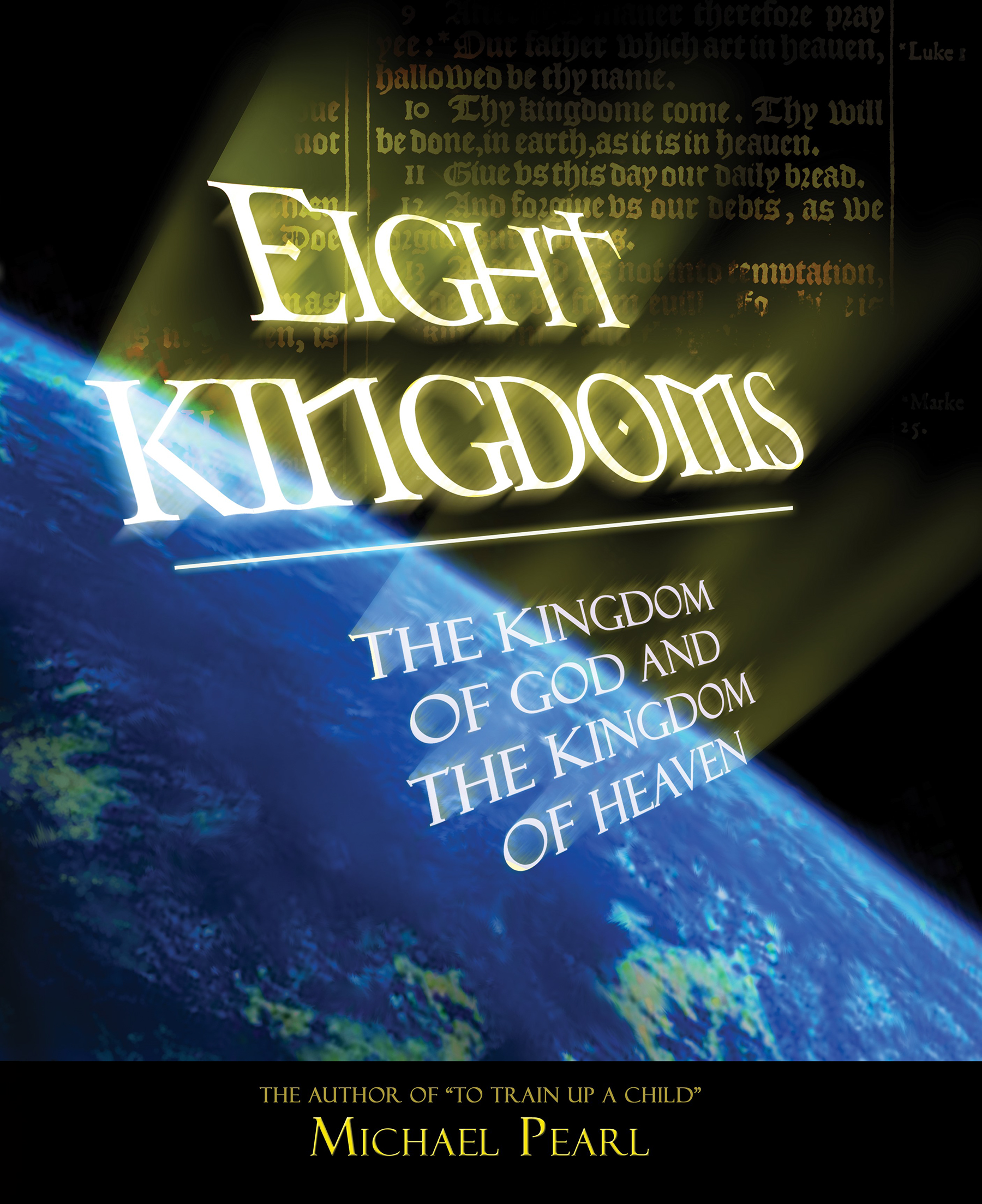 And then there was ONE

Eight Kingdoms ...and then there was ONE. There are eight types of kingdoms spoken of in the Bible. Two of those kingdoms — the kingdom of God and the kingdom of heaven — constitute the central message of the New Testament. If all the text that speaks directly of these two kingdoms were removed from the New Testament, there wouldn't be enough left to fill up a single page in a newspaper. Yet, the kingdom message is completely unknown by a large majority of ministers and their congregations all across this land. There has never been anything spoken so much, yet understood so little. The errors of reformed theology and Armenianism alike are rooted in a misunderstanding of the kingdoms. Most cults and many of the denominational differences today can be traced to a lack of understanding of the mystery of the kingdoms. The key to understanding the entire Bible is found in knowing the differences among the eight kingdoms, but especially these two — the kingdom of God and the kingdom of heaven. When you finish reading this book, you will assuredly know the difference.

Michael Pearl was raised in Memphis, Tennessee, in a good home, by parents who were faithful to point him to God. Mike, a graduate of Crighton College in Memphis, has been active in evangelism and the work of the Ministry since he was a teenager. He worked with Memphis Union Mission for 25 years, while he also ministered in hospitals and churches to the many military families in Memphis. Mike also pastored churches during that period. About twenty two years ago, Mike and his wife Debi moved to rural Tennessee where they continued in the work by holding Bible studies in local homes, which eventually led to regular meetings of the local body of believers, and the starting of the prison ministry where Mike still ministers every Saturday. God eventually led them into the ministry of writing on child training and family relationships, which they now feel is their life's work and calling. The result of this work led to the formation of No Greater Joy Ministries (NGJ), a 501(c)(3). The web address is www.nogreaterjoy.org. The largest project that NGJ has ever been involved in is the Good and Evil Project, a work to translate the Illustrated Bible Storybook Good and Evil (G & E) into 100 languages. G & E has 25 languages in print, and another 40 languages in the process of being translated or edited. The book is available in black and white and full color in English and Spanish.In addition to the child training ministry, the work of the prison ministry, missions, and Bible studies, the Pearls have an active family life. They have been married 37 years; have 5 children, and 14 grandchildren with more on the way.