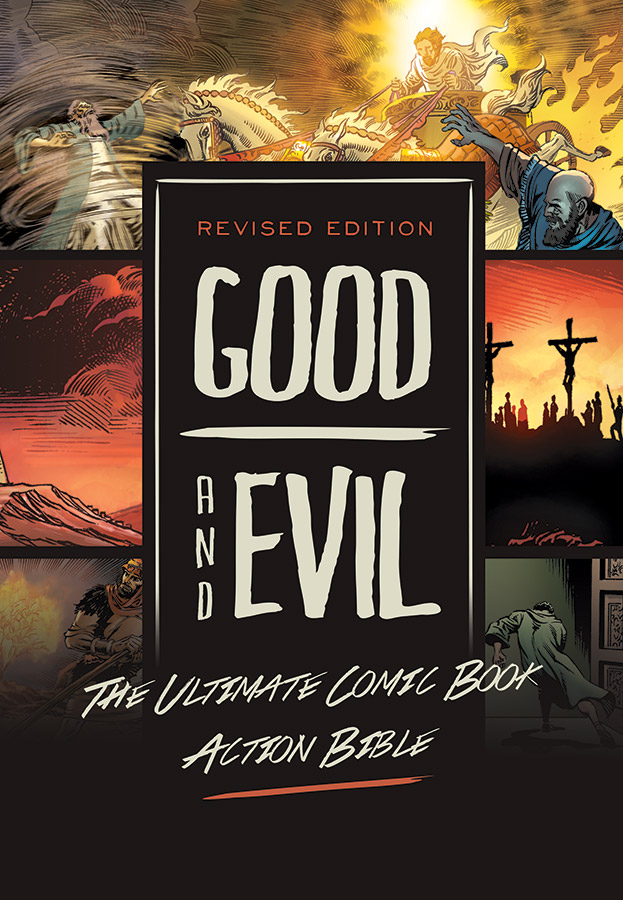 God chose to introduce Himself to mankind, not through principles, concepts, or doctrine; but through stories of prophecy, war, mercy, judgment, miracles, death, life, and forgiveness. This is God's redemption plan told chronologically from Genesis to Revelation. Those familiar with the Marvel Comic book format greatly appreciate this classic, high-quality, full-color art. Our popular illustrated "Picture Bible," Good and Evil, has been beautifully colorized by professional artists! This amazing book takes you through the Bible chronologically, retelling key events in an easy-to-grasp illustrated comic book format. Each story page has verse references at the bottom so you can look in the Bible where those events are recorded or doctrinal topics addressed

Michael and Debi Pearl have been married since 1971. They have 5 children and 22 grandchildren with more on the way. Between them they have authored over thirty books which have combined sales of over 2 million copies. Much of what they write deals with marriage, child training, and homeschooling. One of their recent books, Good and Evil (Bible stories in Marvel comic format), has been published into 45 languages with more translations in progress. The Pearl's also publish a 40 page bi-monthly magazine with a subscription base of approximately 50,000 homes in three countries. Needless to say they are prolific writers and public speakers. On another note, Michael is an inductee into the International Knife Throwers Hall of Fame and holds several world titles, including Gold Cup winner of 2008-9, long distance thrower of the year with a record all time high of hitting a four inch target at 63 feet, and he is the undisputed best tomahawk thrower of 2009, holding the world title. When he is not teaching the Bible or speaking to audiences on how to have a good marriage and obedient children he is teaching kids how to stick a bull s eye with a knife or hawk.Danny Bulanadi illustrated The Fantastic Four, Incredible Hulk, Captain America, Daredevil, and other popular series for Marvel Comics before joining Michael Pearl to create Good and Evil. His additional art credits include Pilipino Komiks and Canadian television "heroes" Captain Newfoundland and Captain Canada. Originally from the Philippines, Danny has been a resident of the United States since 1975 and currently lives in California.