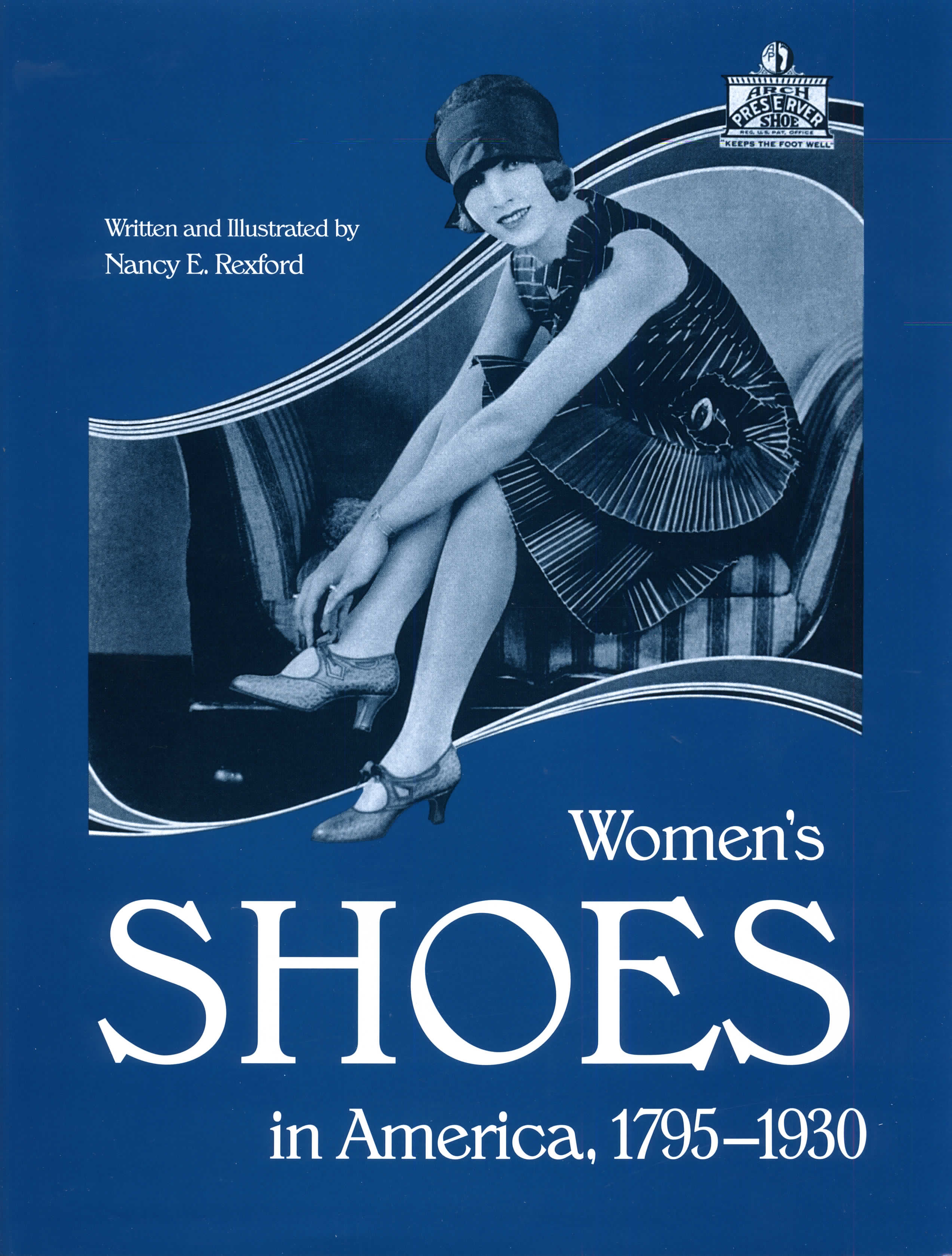 “Many a man’s heart has been kept from wandering by the bow on his wife’s slipper.”—Demorest’s, 1883

In an engaging narrative history, the beautifully illustrated Women’s Shoes in America investigates an aspect of American material culture not previously examined and provides a detailed reference for dating women’s footwear.

Part One, “A History of Women’s Footwear in America,” discusses the history of the American shoe industry and surveys changing styles of shoes, boots, boudoir slippers, overshoes, and sports shoes. It examines the relationship between women’s footwear and women’s roles in the context of nineteenth-century culture, as well as providing specific information about the evolving etiquette that governed women’s choices in shoes.

Part Two, “Dating Women’s Shoes, 1795-1930,” a detailed reference for dating surviving shoes, will be of particular use to museums, dealers, collectors, material culture historians, and reenactors. It is arranged according to easily defined visible characteristics and presents the style variations in chronological order. Over four hundred clear and detailed drawings make identification as simple and accurate as possible.

Women’s Shoes in America is invaluable for those interested in fashion and costume history—or just shoes!