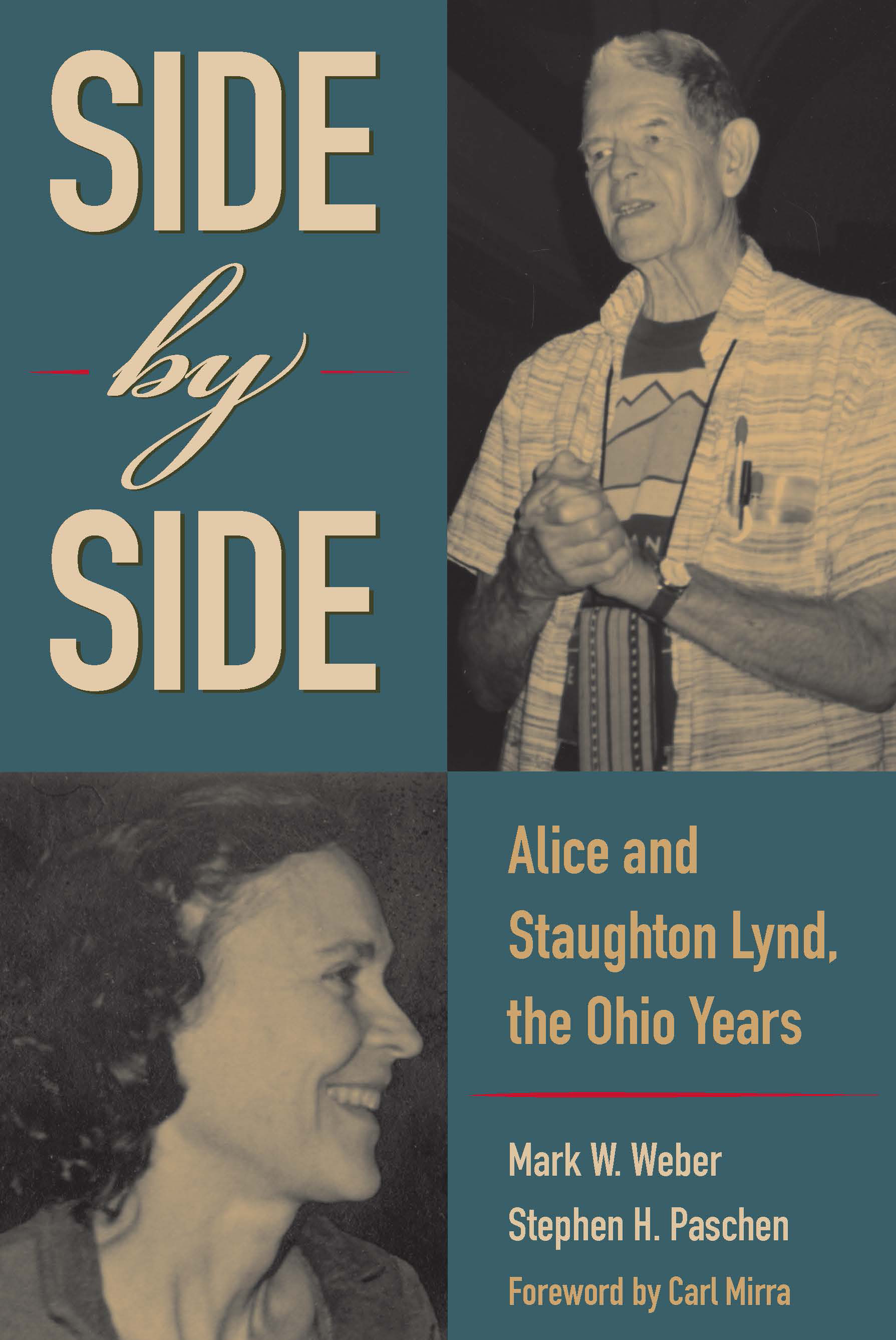 “This is a wonderful mix of biography, history, and political reflection. Having ‘accompanied’ the Lynds since 1961, when they lived and taught at Spelman, a black women's college in Atlanta, they have consistently helped empower generations of activists through their Quaker brand of participatory democracy. Their legacy is a spirit more powerful than a party.” —Tom Hayden

Alice and Staughton Lynd have devoted their lives to the struggle for social justice. Carl Mirra began the history of the Lynds with his biography, Admirable Radical: Staughton Lynd and Cold War Dissent, 1945–1970 (The Kent State University Press, 2010). Side by Side picks up the Lynds’ story as they move to Youngstown, Ohio, to begin a new chapter in their lives.

Throughout their narrative, authors Mark Weber and Stephen Paschen examine the idea of accompaniment, a form of political activism that differs from the traditional strategies used by labor and community organizers. Rather than moving from fight to fight, the Lynds lived within the community in need, helping steelworkers and residents cope with the devastating closures of the major steel mills in Youngstown and the Mahoning Valley. Working with clergy, laborers, and civic leaders, Staughton Lynd advanced the idea of a worker-community-owned steel mill that would provide employment for some of the thousands of workers whose jobs had been lost. The dramatic if unsuccessful attempt to launch a cooperatively owned manufacturing enterprise was the first of a number of efforts by the Lynds to put their knowledge and experience at the service of those who have no voice.

Quakers Alice and Staughton Lynd worked in Central America and Israel, where they championed the rights of Palestinian Arabs living in the West Bank. They took up the cause of prisoners’ rights following the April 1993 Lucasville, Ohio, prison uprising—the longest such rebellion in American history—working to improve the living conditions of the five inmates who were convicted of leading the rebellion. Together with Jules Lobel of the Center for Constitutional Rights, the Lynds filed suit on behalf of death row inmates who were kept in solitary confinement in Ohio’s prisons. Their lawsuit contributed to a landmark decision that improved living conditions for inmates in solitary confinement and established that prisoners have due process rights that have to be observed before they can be sent to solitary confinement.

Through its exploration of the Lynds and their practice of accompaniment, Side by Side makes an important contribution to the study of social justice and grassroots activism.

Mark W. Weber was the dean of Libraries at Kent State University until his retirement in 2010. He has known and worked with the Lynds since 1998.

Stephen H. Paschen was associate professor and archivist at Kent State University Libraries until his retirement in 2013. He is the author of a number of books on regional history.