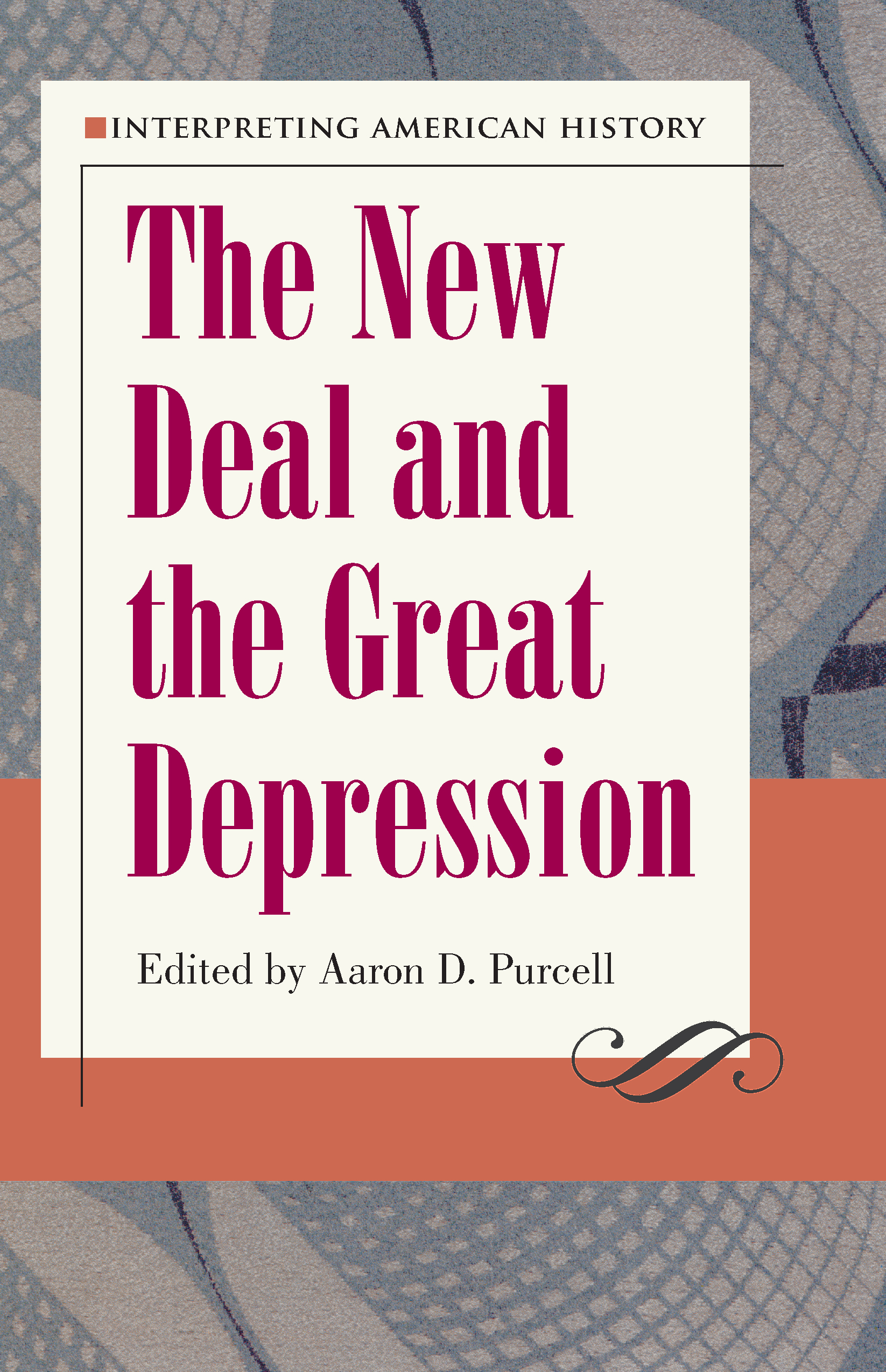 Interpreting American History: The New Deal and the Great Depression

In this second volume of the Interpreting American History series, experts on the 1930s address the changing historical interpretations of a critical period in American history. Following a decade of prosperity, the Great Depression brought unemployment, economic ruin, poverty, and a sense of hopelessness to millions of Americans. President Franklin D. Roosevelt’s New Deal programs aimed to bring relief, recovery, and reform to the masses.

More than seventy-five years after Roosevelt took the oath as president, Americans are still debating what did and did not happen in the 1930s to help the nation recover from its worst economic depression. Proponents and detractors have cast the successes and failures of the New Deal in many lights. Historians have argued that the New Deal went too far, that it did not go far enough, that it created more problems than it solved, and even that its shaky foundations are the reason for the economic and social instability of the Great Recession of the early twenty-first century.

The contributors to this volume explore how historians have judged the nature, effects, and outcomes of the New Deal. Arranged in three sections, the essays discuss Roosevelt’s New Deal revolution, explore the groups on the fringes of the New Deal, and consider the legacies of 1930s reform. Chapters focus on specific areas of study, including politics, agriculture, the environment, labor, African Americans, the economy, social programs, the arts, mobilization for World War II, and memory. These fields represent today’s emerging interpretations of one of the most significant decades of the twentieth century.

Interpreting American History: The New Deal and the Great Depression introduces readers to this important period by examining the major historical debates that surround the 1930s, giving students a succinct and indispensable istoriographic overview.

Aaron D. Purcell is director of special collections at Virginia Tech and received his Ph.D. in history from the University of Tennessee. He is the author of White Collar Radicals: TVA’s Knoxville Fifteen, the New Deal, and the McCarthy Era; Academic Archives: Managing the Next Generation of College and University Archives, Records, and Special Collections; and Arthur Morgan: Engineering a Vision of a Former Time. Purcell is also the editor of the Journal of East Tennessee History.