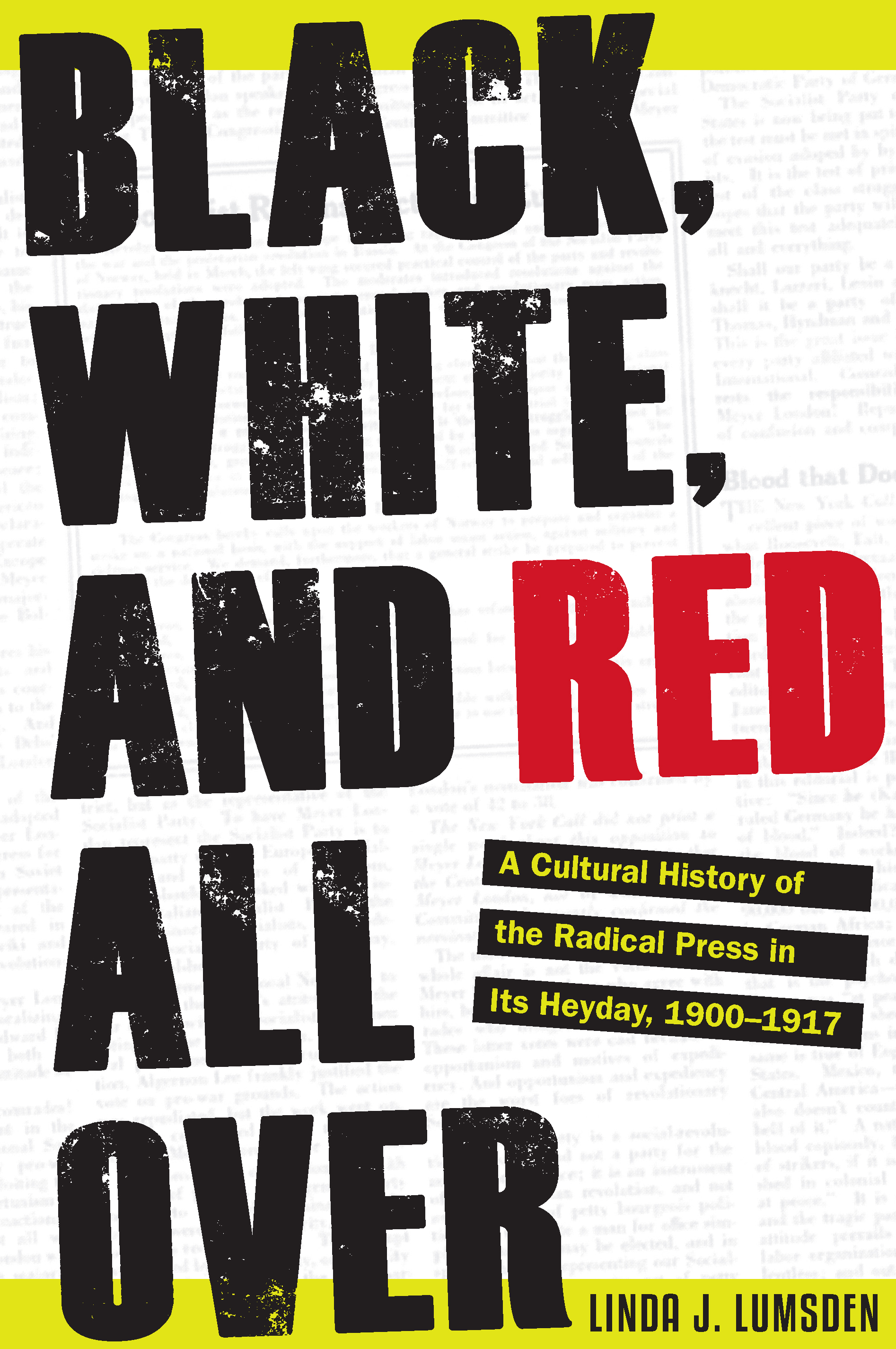 Black, White, and Red All Over

Hundreds of newspapers and magazines published by socialists, anarchists, and the Industrial Workers of the World in the years before World War I offered sharp critiques of the emerging corporate state that remain relevant in light of gaping twenty-first-century social inequity. Black, White, and Red All Over offers the first comprehensive narrative to explore the central role that a broad swathe of social movement media played in radical movements, stirring millions of Americans a century ago.

Author Linda J. Lumsden mines more than a dozen diverse radical periodicals—including Progressive Woman, Industrial Worker, Wilshire’s, the Messenger, Mother Earth, Appeal to Reason, New York Call, and International Socialist Review—to demonstrate how they served anarchists, socialists, and industrial unionists in their quest to topple capitalism and create their varied visions of a cooperative commonwealth. The book argues that these subversive periodicals were quintessentially American: individualist, independent, socialminded, egalitarian, defiant, and celebratory of freedom. Even their call for revolution resounded from the roots of the American experience.

Black, White, and Red All Over explores socialist periodicals in the agrarian heartland; views socialists’ attempts to provide alternatives to urban dailies; explores the radical press crusade to champion workers; analyzes the role anarchist periodicals played in their pioneering battles for a free press, free speech, and free love; surveys socialism in the black press; and details the federal government’s wartime campaign to suppress the radical press. It draws parallels with Occupy Wall Street’s social media movement. Despite the distance from the typewriter to Twitter, Lumsden concludes that twenty-first-century social movement media perform nearly the same function as did their nearly forgotten predecessors.

Linda J. Lumsden is an associate professor in the School of Journalism at the University of Arizona. She is the author of Inez: The Life and Times of Inez Milholland and Rampant Women: Suffragists and the Right of Assembly. A three-time winner of the American Journalism Historian Association’s Maurine Beasley Award for Outstanding Paper in Women’s History, she writes frequently about women in journalism history and alternative news media.