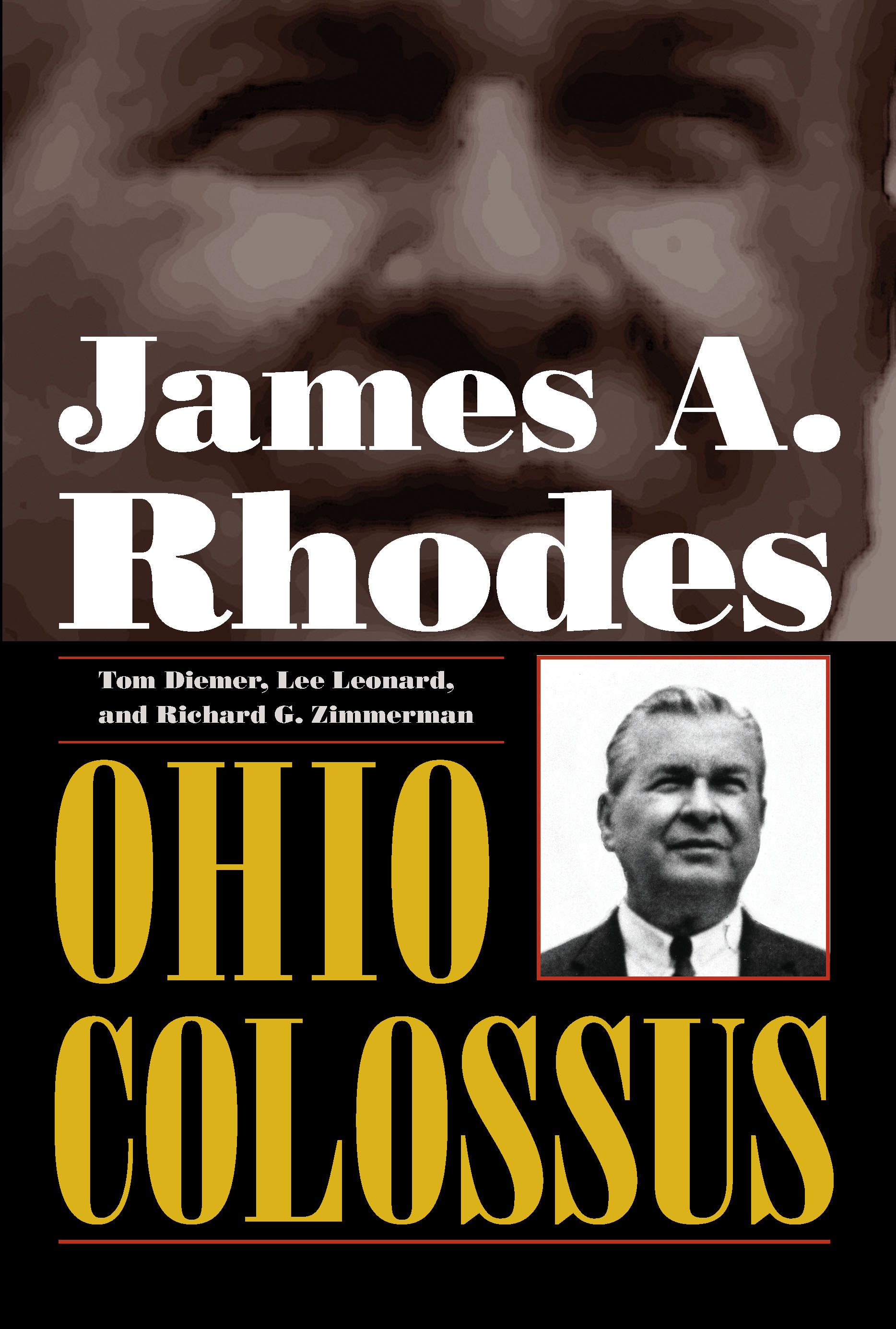 “Ohio Colossus takes you on a unique journey from Jim Rhodes’s coal village beginnings to the governor’s mansion and beyond, offering a close-up view of a man we Ohioans will forever remember as ‘the governor.’”—John A. Boehner, U.S. Representative, Ohio’s 8th Congressional District; Speaker, U.S. House of Representatives

In his day he dominated the political landscape like no one in Ohio’s long, proud history ever had—or likely ever will. James A. Rhodes (1909–2001) plotted a path that took him from tiny Coalton, Ohio, to the governor’s office. In this first biography of Rhodes, his life and political career are scrutinized by those who knew him best—the working press. Written by three journalists who covered Rhodes in overlapping periods, this account traces, often with uproarious humor, his unlikely rise to power. It discusses his four terms as governor, his subsequent 20 years as a political elder, and even his avocation as an inventor.

Rhodes was a far cry from a typical politician, shunning ideology to the point of alienating Republican leaders. He was elected because he promised the unobtainable, and at times he actually delivered. “Find out what people want, and give it to them” was his credo. In private life, he joined cronies in the business world and made millions of dollars, sometimes using inside knowledge to help start commercial ventures.

James A. Rhodes, Ohio Colossus recounts Rhodes’s upbringing in a single-parent household, his modest schooling, and an illness that deprived him of a lung. It chronicles the attempts to tar Rhodes with scandal and the tragedy that indelibly marred his tenure as governor— the National Guard shootings of student protesters at Kent State University in May 1970. His later years as governor were highlighted by his stubborn resistance to environmental protection, something he thought would cost jobs, especially in the coal industry. According to Rhodes, “Every social ill among able-bodied Ohioans” was the consequence of joblessness.

In his post-public life, Rhodes got a patent on a complex system of airlocks and filters making indoor air more than 99 percent germ-free. He envisioned an “Environmental City” that could prolong life. His grandiose ideas didn’t always pan out in the short run, but in some cases they came to fruition years later. He once devised a scheme for a bridge across Lake Erie, which was at first received with public ridicule, and four decades after he proposed it was considered a revolutionary concept. The office of governor was tailor-made for him and he knew it. He seldom apologized and never looked back.

Tom Diemer teaches in the Washington program of Northwestern University’s Medill School of Journalism. He covered Rhodes for more than a decade as a reporter for The Associated Press and as the Columbus bureau chief for the Cleveland Plain Dealer. Diemer is the author of Fighting the Unbeatable Foe: Howard Metzenbaum of Ohio, the Washington Years (The Kent State University Press, 2009).

Lee Leonard reported at the Ohio Statehouse for UPI and the Columbus Dispatch for 36 years until his retirement in 2005. Leonard contributed the chapter on James A. Rhodes’s second eight years as governor for Ohio Politics (The Kent State University Press, 1994). He also compiled A Columnist’s View of Capitol Square.