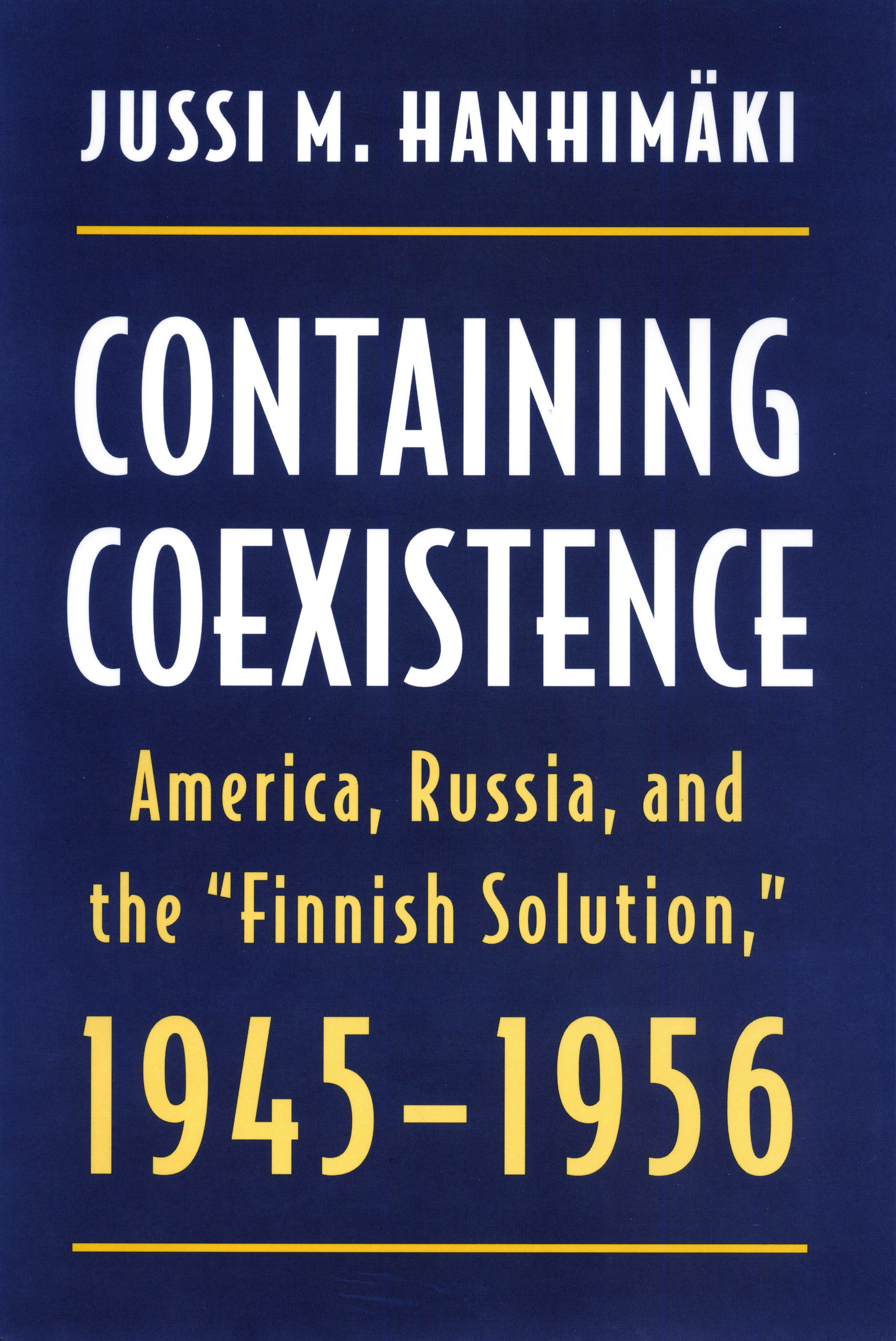 Containing Coexistence: America, Russia, and the “Finnish Solution,” 1945–1956, is the first full-scale study of Finland’s role in Soviet-American relations during the onset of the cold war. Cold war Finland was an enigma. Defeated by the Soviet Union in World War II, the country appeared ripe for joining the “people’s democracies” in 1945, when the Finnish communists made substantial gains in elections. But it soon became clear that Finland’s fate was to be different; by the early 1950s, the Finn claimed to be neutral, and by 1956 the Soviets endorsed this claim. Finland’s ability to keep its democratic institutions and Western-oriented trade patterns largely intact was initially accepted in Washington. When the Soviets began propagandizing Finland as an example of “peaceful coexistence” in the aftermath of Stalin’s death, however, Finland’s symbolic significance as a Western outpost gradually gave way to the perception of Finland as a willing partner in a Soviet effort to spread neutralism to western Europe; later such concerns would be captured under the rubric of Finlandization. Despite such growing concerns, the U. S. generally practiced a cautious policy that allowed the Fins to coexist with the Soviets, as long as such coexistence could be “contained” within strict limits. By comparing the “Finnish Solution” with the general role and development of neutrality, Jussi Hanhimaki adds an important dimension to international studies. Containing Coexistence is an important contribution of political science scholarship to Cold War Studies reading lists.—Midwest Book Review