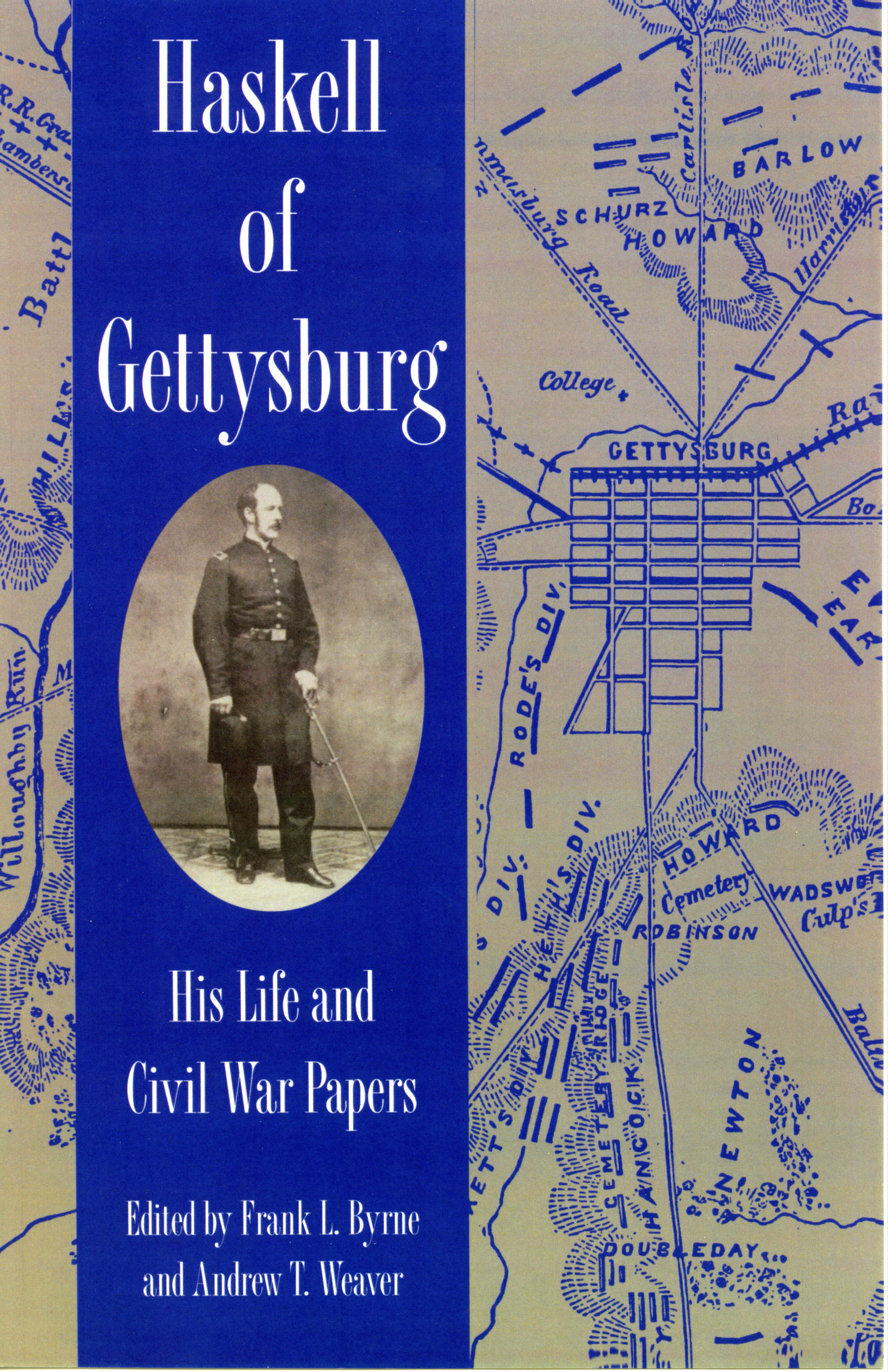 His Life and Civil War Papers

All students of the Civil War are indebted to Frank Haskell for his classic description of the battle of Gettysburg.  A lieutenant on the staff of John Gibbon, Haskell stood at the focus of the Confederate assault on July 3, 1863.  He wrote of the battle in a letter to his brother.  When it came to light after the war it became and remains probably the most read and repeated account of Civil War combat written by a participant.  It captures wholly the terrible fascination that the Civil War—and Gettysburg—holds for all Americans.  Haskell wrote other letters (thirty-one in this collection) and attained the rank of colonel before he was killed at Cold Harbor on June 3, 1864.This 1989 paperback reprinting of the 1970 edition contains a new preface by Frank L. Byrne.