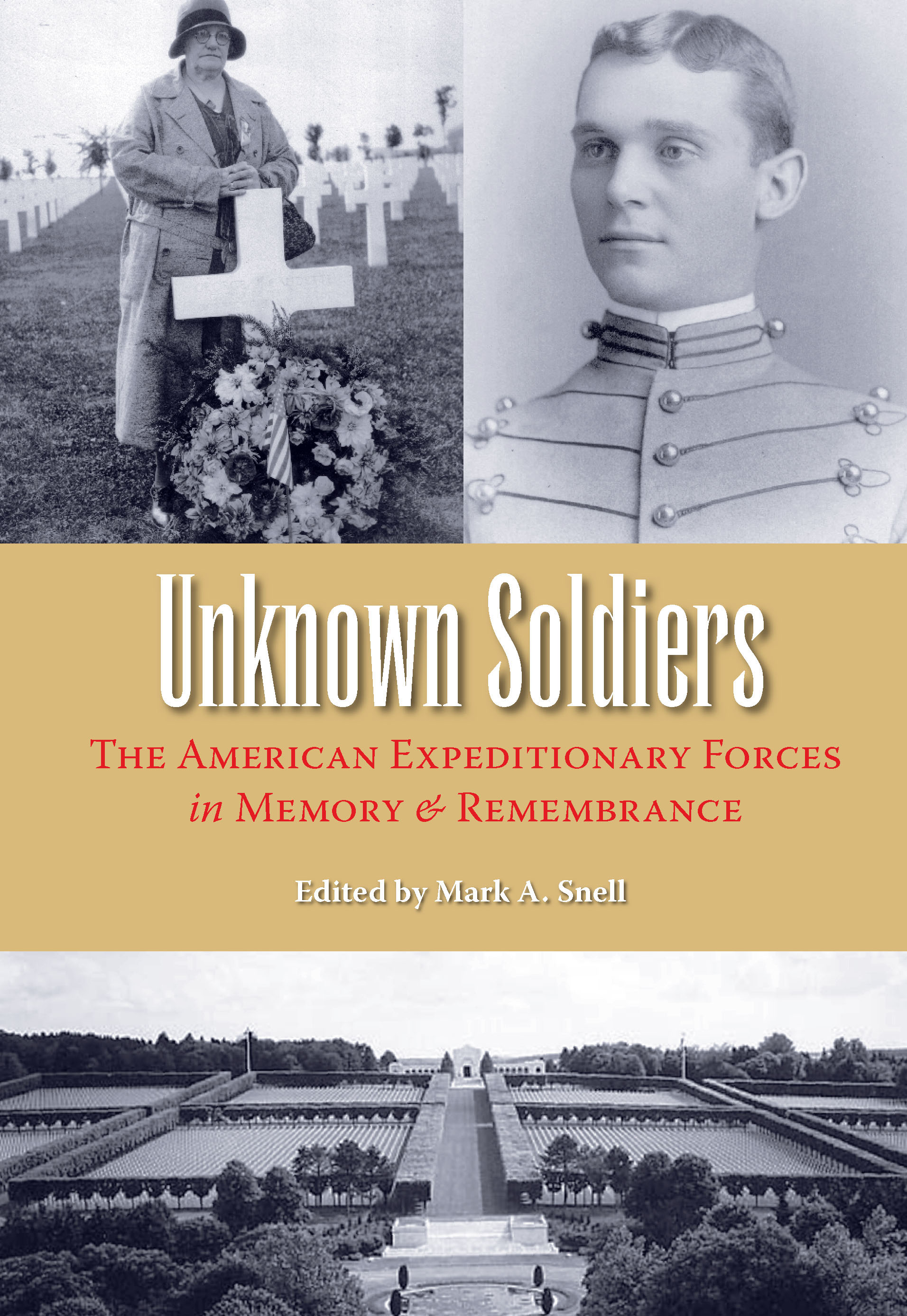 The American Expeditionary Forces in Memory and Remembrance

“This book is not a history of World War I, nor is it a history of the American Expeditionary Forces (AEF) on the Western Front. Rather, it is a collection of essays that examines how the wartime generation and those that followed have remembered or commemorated individuals, groups, and military organizations that comprised the AEF.”
—from the Preface

When the United States declared war in April 1917, President Woodrow Wilson sent the American Expeditionary Forces (AEF) under the command of General John Pershing to the Western Front. After the war, Pershing became the head of the American Battle Monuments Commission, the new government agency that commemorated the AEF’s exploits.

The essays comprising Unknown Soldiers are divided into three sections: “Remembering the AEF,” “Soldiers and Their Units in Battle and Beyond,” and “The AEF in Popular Memory.” The first section provides an overview of how Americans and the government have remembered, commemorated, and interpreted the history of the AEF, its battles, and its soldiers. The four essays in the second section shed light on how the doughboys fought, how they interacted with Allied soldiers, how the war shaped their postwar careers and memories, and how heroic feats became the stuff of myth and legend. The last section explores how the AEF has been remembered through popular literature, film, and music.

This collection draws on primary sources from previously unheard voices, including memoirs, autobiographies, official records, and oral histories, to present the coherent story of the AEF’s experience and the memories they evoked. Unknown Soldiers will be a welcome addition to World War I literature and a solid addition to the fields of military history and the history of memory.