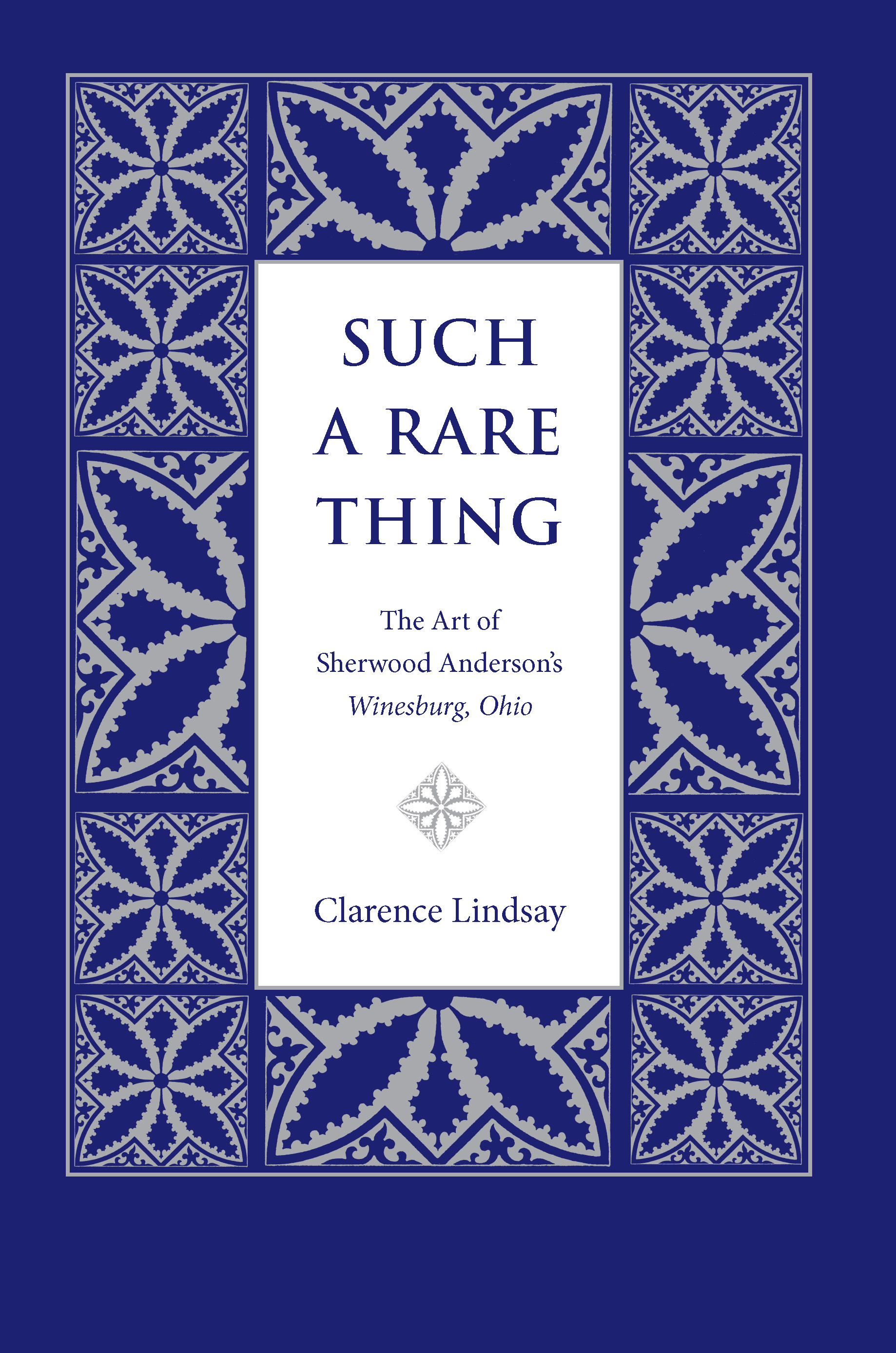 Such a Rare Thing

An important contribution to the field of American literary studies

“Groundbreaking work in Anderson scholarship in particular and, on the wider scene, in American literary studies.”
—Robert Dunne, author of A New Book of the Grotesques: Contemporary Approaches to Sherwood Anderson’s Early Fiction

This critical study of Sherwood Anderson’s most famous and perhaps most widely taught work, Winesburg, Ohio, treats it as a thoroughly modernist novel examining the aesthetic nature of romantic identity.

Author Clarence Lindsay argues that Anderson’s famous theory of the Grotesque is a theory of American identity. Each of the small town’s grotesques in effect authors a romantic narrative that privileges the self. In trying to live their lives by that narrative, each enacts a romantic selfhood. Each of these romantic selfhoods is an aesthetic enterprise, complicated by all the aesthetic issues relating to artist and audience. Every crisis in the novel is an aesthetic crisis; every comedy, every tragedy is an aesthetic misstep of some sort. Lindsay proposes that all moral issues in Winesburg, Ohio are aesthetic; all aesthetic issues are moral. Winesburg’s narrator’s careful attention to characters’ romantic narratives of self provides an ironic scrutiny of not only the astonishing varieties of American romantic identity but also a painstaking interrogation of a variety of romantic discourses. Anderson’s radical formal innovation, the interrelated tale, was the perfect American form, not only allowing for the narrator’s “democracy of fascination” with the grotesques’ absolutely equal competing singularities but also providing for the comic juxtaposition of these claims on uniqueness, a jostling that subverts the traditional novel’s emphasis on the singular individual.

This first sustained critical analysis of this American classic restores Anderson to the top rank of American artists, placing him alongside other intense scrutinizers of American romanticism: Hawthorne, Melville, and Hemingway.

Clarence Lindsay received his Ph.D. from the University of Minnesota. He is a professor of English at the University of Toledo and has contributed articles to such scholarly journals as Victorian Poetry, Studies in the Novel, The Hemingway Review, The Critical Review, and MidAmerica.