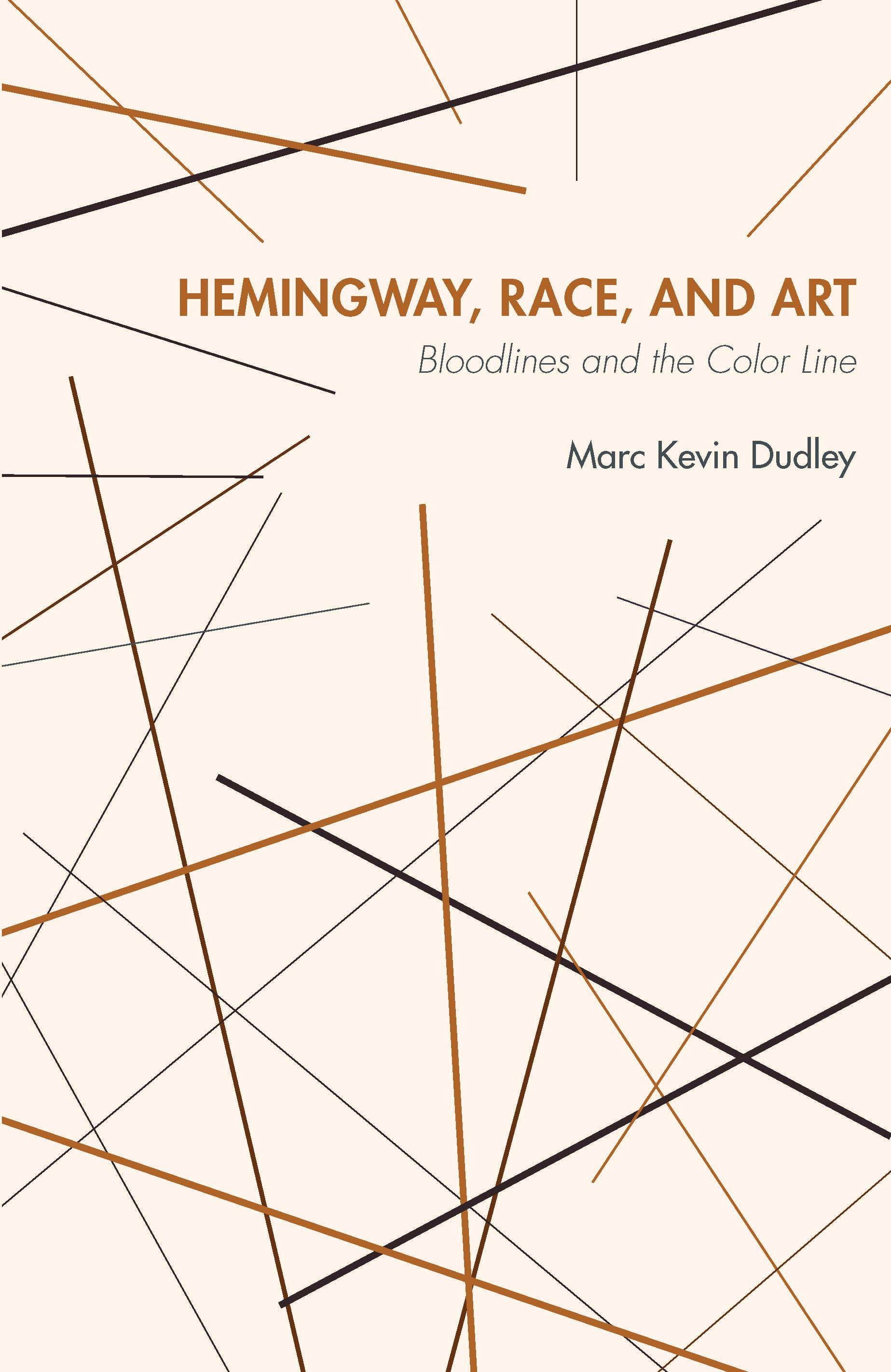 Bloodlines and the Color Line

A social historical reading of Hemingway through the lens of race

William Faulkner has long been considered the great racial interrogator of the early-twentieth-century South. In Hemingway, Race, and Art, author Marc Kevin Dudley suggests that Ernest Hemingway not only shared Faulkner’s racial concerns but extended them beyond the South to encompass the entire nation. Though Hemingway wrote extensively about Native Americans and African Americans, always in the back of his mind was Africa. Dudley sees Hemingway’s fascination with, and eventual push toward, the African continent as a grand experiment meant to both placate and comfort the white psyche, and to challenge and unsettle it, too.

Twentieth-century white America was plagued by guilt in its dealings with Native Americans; simultaneously, it faced an increasingly dissatisfied African American populace. Marc Kevin Dudley demonstrates how Hemingway’s interest in race was closely aligned to a national anxiety over a changing racial topography. Affected by his American pedigree, his masculinity, and his whiteness, Hemingway’s treatment of race is characteristically complex, at once both a perpetuation of type and a questioning of white self-identity.

Hemingway, Race, and Art expands our understanding of Hemingway and his work and shows how race consciousness pervades the texts of one of America’s most important and influential writers.

Marc Kevin Dudley is assistant professor of English at North Carolina State University in Raleigh. He received his Ph.D. from the University of North Carolina at Chapel Hill. He has published in the Hemingway Review and is currently at work on an anthology of Afro-European literature. This is his first book.