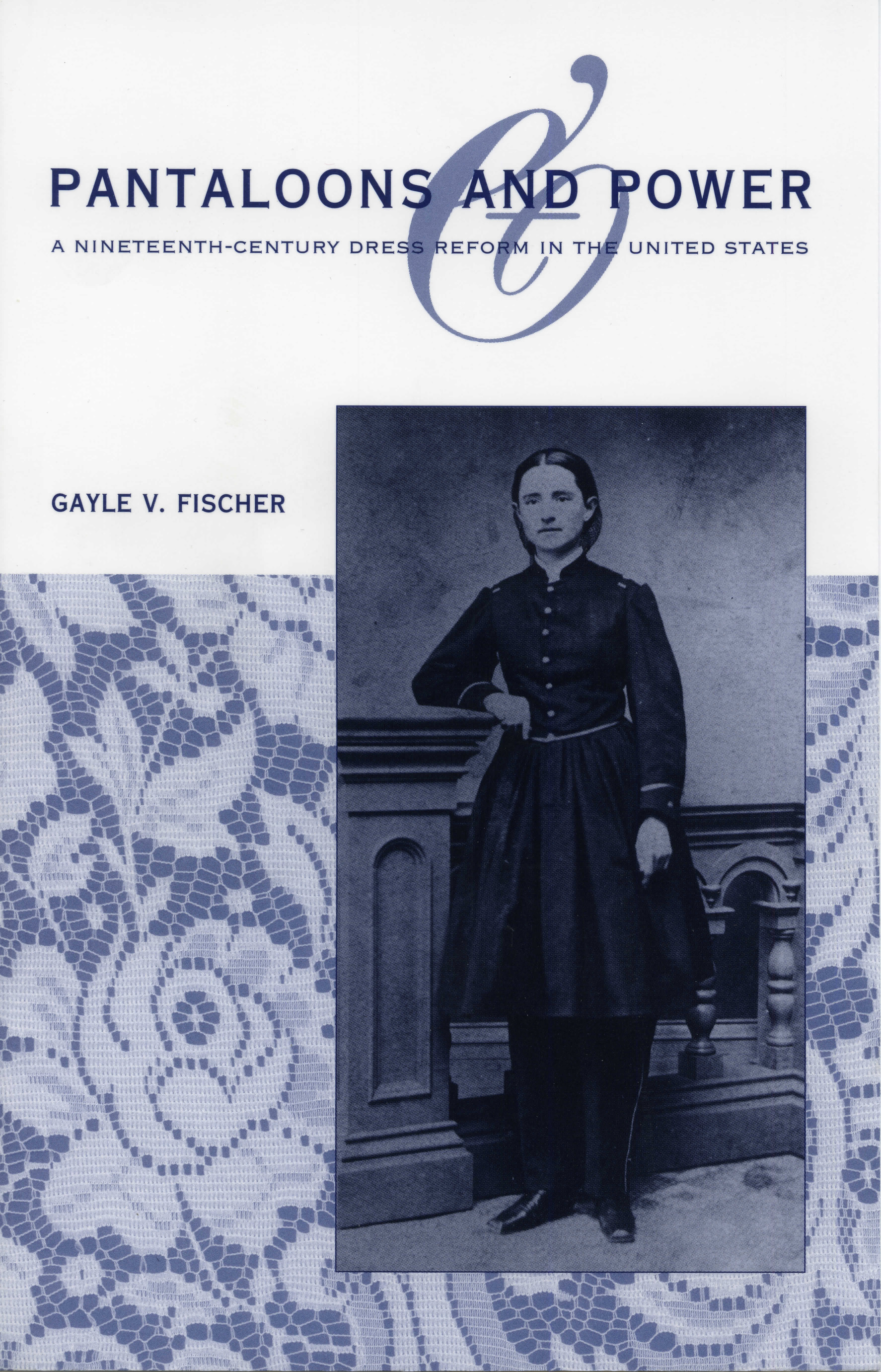 A Nineteenth-Century Dress Reform in the United States

By the early nineteenth century clear definitions had developed regarding how American women and men were supposed to appear in public and how they were meant to lead their lives. As men’s style of dress moved from the ornate to the moderate, women’s fashions continued to be decorative and physically restrictive.

In Pantaloons and Power, Gayle V. Fischer depicts how the reformers’ denouncement of conventional dress highlighted the role of clothing in the struggle of power relations between the sexes. Wearing pantaloons was considered a subversive act and was often met with social ostracism.

This carefully researched interdisciplinary study successfully combines the fields of costume history, women’s history, material culture, and social history to tell the story of one highly charged dress reform and its resonance in nineteenth-century society.