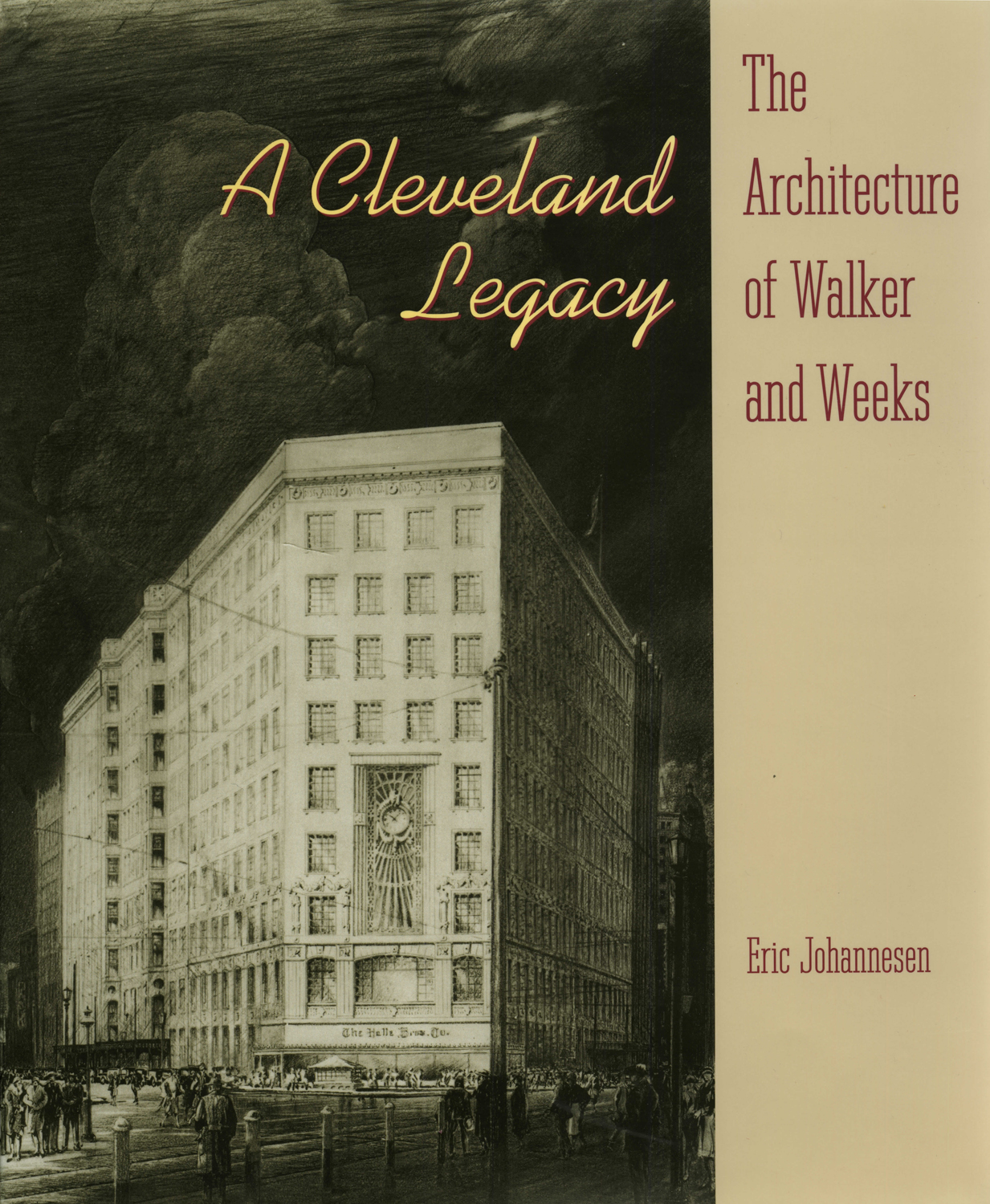 The Architecture of Walker and Weeks

“Walker and Weeks was the most influential architectural firm in Ohio during the first half of the twentieth century. It transformed the image of Cleveland from that of an overgrown Victorian village into one of a progressive city that became a model of the classical aesthetic ideal. Outside Cleveland, too, the firm established an important reputation, especially in the design of banking facilities and public structures. We should be grateful that Eric Johannesen put together this important documentation and assessment of the firm's work. It is the only book on Walker and Weeks of which I am aware.”—Foster Armstrong, Director, Urban Design Center of Northeast Ohio

Walker and Weeks was the foremost architectural firm in Cleveland for nearly forty years, from 1911 to 1949. Its clients were the wealthy and influential of Cleveland and the Midwest; its landmark accomplishments included the Cleveland Public Library, Cleveland Municipal Stadium, Severance Hall, the Cleveland Post Office, and the Indiana World War Memorial.

Harry E. Weeks and Frank R. Walker complemented each other well: Weeks was an unassuming, but talented manager; Walker, a brilliant, outgoing architect. Together they established an architectural factory of the type pioneered by Daniel Burnham in Chicago in the 1890s. Although Cleveland in 1911 was the sixth largest city in the U.S. and teeming with architects, Walker and Weeks was one of the few local firms large enough to manage every phase of a commission. They combined the Renaissance ideal of collaboration between artists and artisans with the modern principle of scientific business management. Their innovative use of marketing was another key to their extraordinary success.

Best known for the classical public buildings built in Cleveland in the 1920s and 1930s, they also designed many residences and lesser-known buildings around Cleveland and throughout the Midwest, including warehouses, office buildings, auditoriums, shops, fire stations, chemical laboratories, housing units, and machine shops, and collaborated on bridge, road, and viaduct work. As the photographs and drawings in A Cleveland Legacy demonstrate, they created designs that delight the viewer as much today as they did seventy ago.

The late Eric Johannesen completed the original manuscript for A Cleveland Legacy while serving as preservationist at Cleveland's Western Reserve Historical Society, the repository for the Walker and Weeks archives. He was the author of Cleveland Architecture 1876-1976; Ohio College Architecture Before 1870; Selected Landmark Architecture of Alliance; Look Again: Landmark Architecture in Downtown Toledo and Old West End; and From Town to Tower.