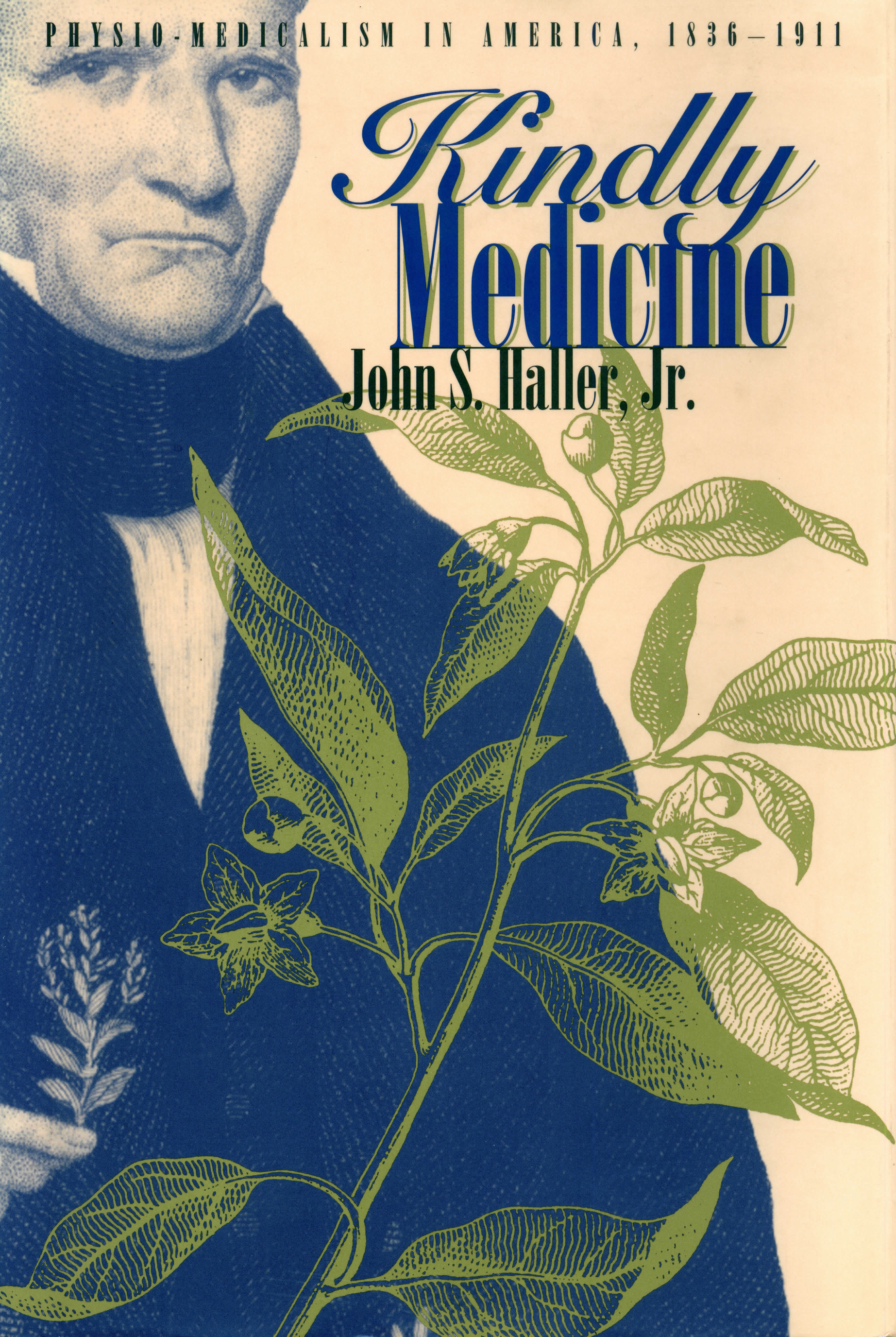 Between 1836 and 1911, thirteen physio-medical colleges opened, and then closed, their doors.  These authentic American schools, founded on a philosophy of so-called Physio-Medicalism, substituted botanical medicines for allopathy’s mineral drugs and promoted the belief that the human body has an inherent “vital force” that can be used to heal.  In Kindly Medicine, John Haller offers the first complete history of this high-brow branch of botanical medicine.

Physio-Medicalist, along with Thomsonians, Homeopathys, Hydropaths, and Eclectics, represented the earliest wave of medical sectarianism in nineteenth-century America.  United in their opposition to the harsh regimens of allopathy, or regular medicine, these sects had their beginnings in the era of Jacksonian democracy and individualism when every man yearned  to become his own legislator, minister, and even his own physician.

The Physio-Medicals demanded equal rights with regular practitioners to jobs in the army, navy and public institutions and equal representation on the new state licensing and regulatory boards.  As the nineteenth century drew to a close, they saw their influence waning as they could no longer match allopathy’s increasing hold on science and on the public’s trust.  In this history of the movement, John Haller recounts the events that led to the establishment of Physio-Medicalism and traces the circumstances that brought its slow descent into obscurity.