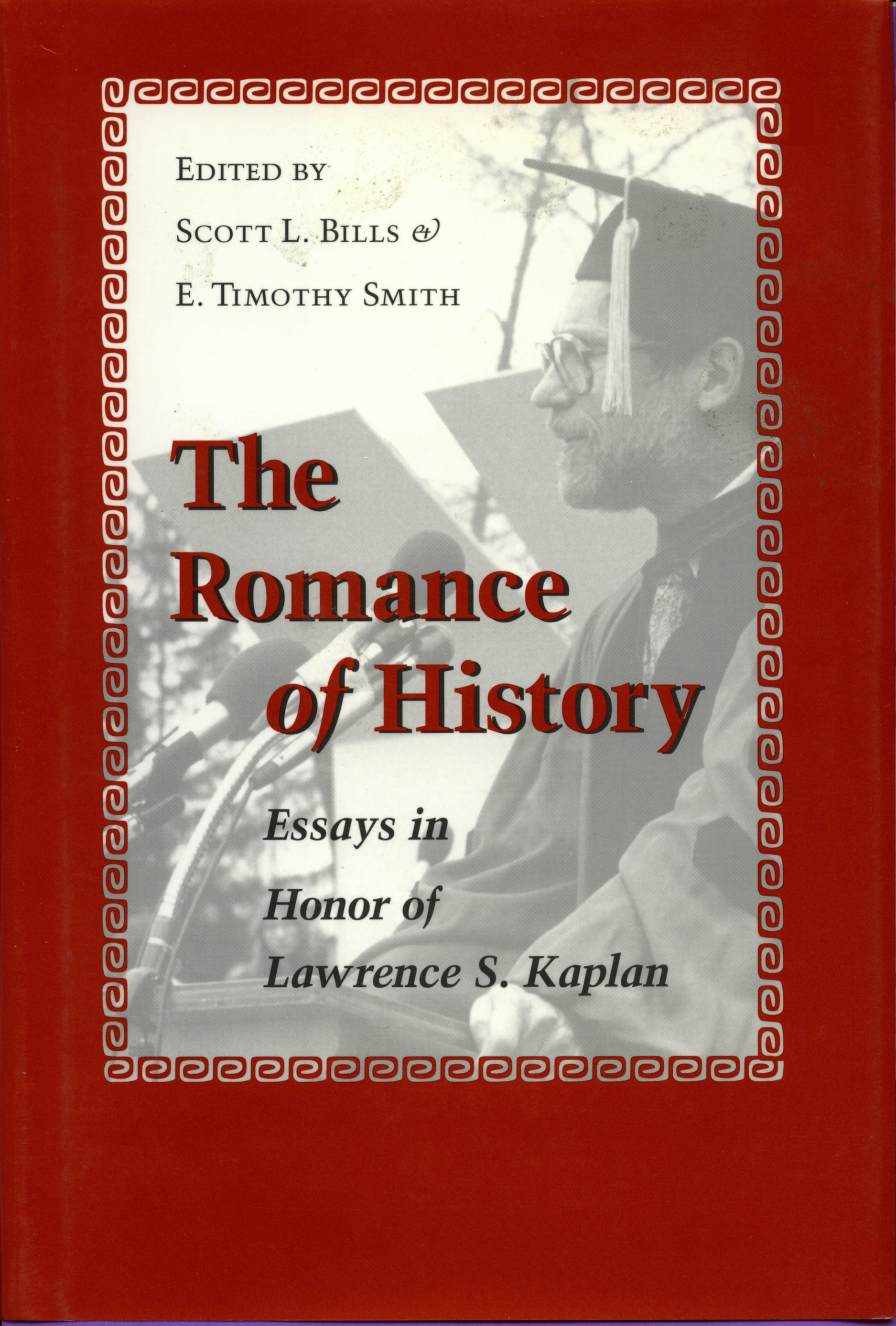 The Romance of History is a collection of articles and essays which reflects the varied professional interests of eminent diplomatic historian Lawrence S. Kaplan. The collection is drawn largely from Kaplan’s former students—accomplished scholars in their own right—but also features senior colleagues.

Throughout a lifetime of teaching and scholarship, Kaplan has accomplished one of the most important tasks of historians: to tell stories that enlightens and provoke. He has helped probe and define two vital areas of American history: the diplomacy of the early republics and the evolution of the North Atlantic Treaty Organization. Both eras were filled with challenges, risks, and policymakers alternately wise and unwise, brash and humble, idealistic and pragmatic; both eras were punctuated by crises that appeared to threaten the foundations of the nation; and, for Kaplan, both were linked by a common thread of reason and the patient effort to shape an effective diplomacy among shifting global rivals. The Romance of History is a tribute to a fine historian, demonstrating the range and scope of his interests.