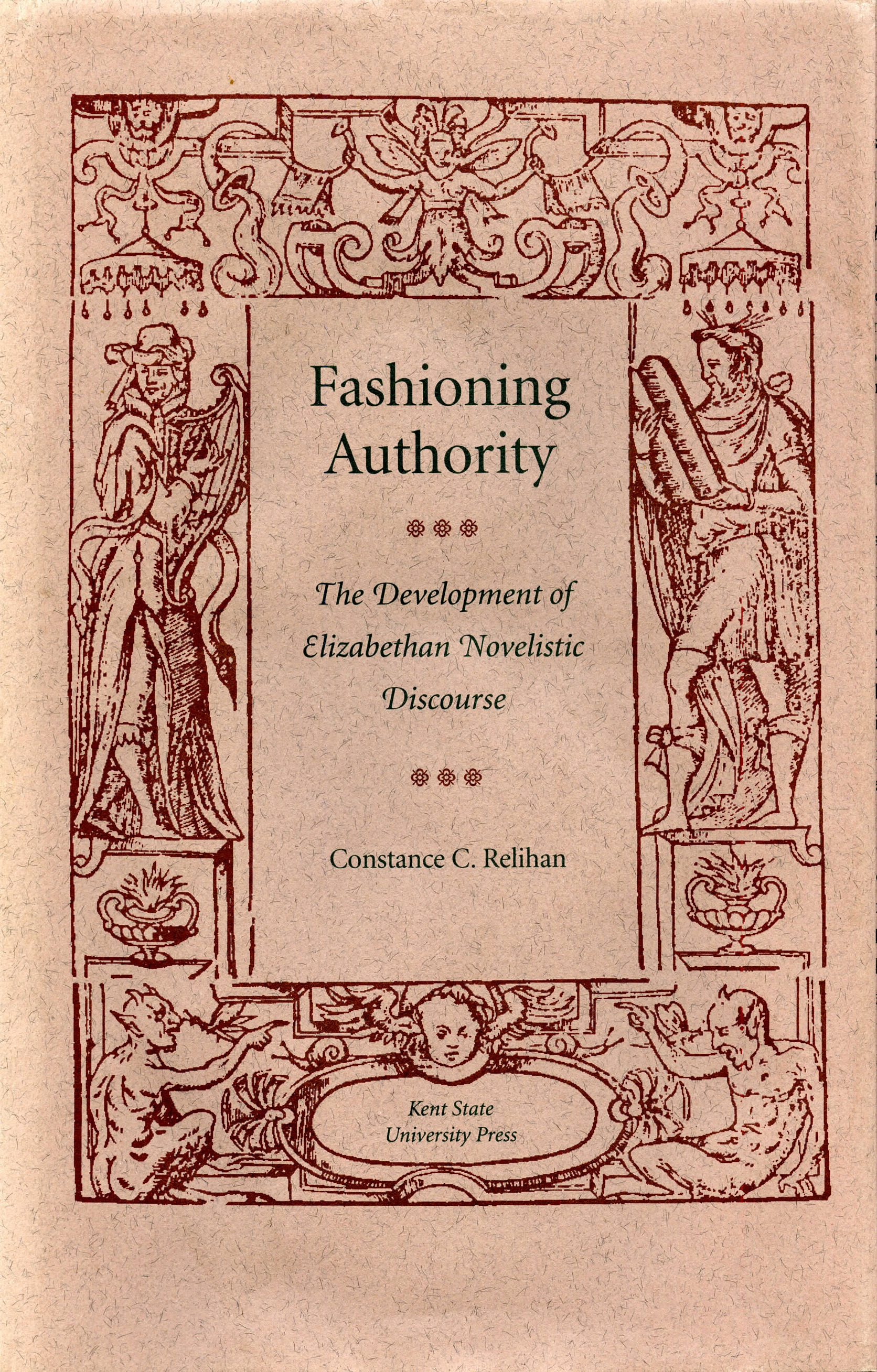 The Development of Elizabethan Novelistic Discourse

Various factors in late 16th-century England contributed to an environment more hospitable to prose fiction than had existed previously-among them, changes in educational opportunities, socioeconomic structures, literacy rates, and access to European literature. Such cultural alterations inevitably produced changes in modes of literary production. Furthermore, access to the bookstall to a new class of readers altered the structures and subjects writers employed. Within this tumultuous context, the writers of fictional prose narrative negotiated-for themselves and their audience a precarious definition of their identity within the Elizabethan literary world. In Fashioning Authority Constance C. Relihan examines the influence of Elizabethan prose fiction on early modern literary culture, emphasizing the role of the nonaristocratic reader in the reception of literature, the importance of the marketplace in the production and reception of prose texts, and the growth of prose as the dominant mode of narrative presentation. Combining cultural analysis with a concern for narrative structure, Relihan explores six strategies by which the writers and readers of Elizabethan fiction struggled to achieve artistic authority: incorporating poetry into prose texts; using translated material; separating authorial from narrative voice; introducing a sense of place; depicting females; and representing non-European cultures. Relihan argues that Elizabethan fiction's unique position on the borders of literate and literary English culture, that is, its position as what M. M. Bakhtin calls "novelistic discourse," allows it to constitute a rich field for examining the ideological rifts of the period. Taking her primary examples from Barnabe Riche's Farewell to Militarie Profession (1581), but also considering texts by a variety of authors (such as Sidney, Deloney, Lyly, Gascoigne, Lodge, Breton, Greene, Harmon, Nashe, and Painter), Relihan demonstrates that regardless of their specific structural and thematic differences, the various modes of Elizabethan fiction all share a common origin in the upheavals of English culture during the later half of the 16th century. By examining novelistic discourse as a category, Fashioning Authority strengthens our understanding of the nature and history of English fiction even as it broadens our sense of Elizabethan culture. The result is an exploration of how Elizabethan novelistic discourse established the cultural place of its newly literate readers and its generically marginal authors, creating literary comfort in narrative prose for those who failed to find it in verse.