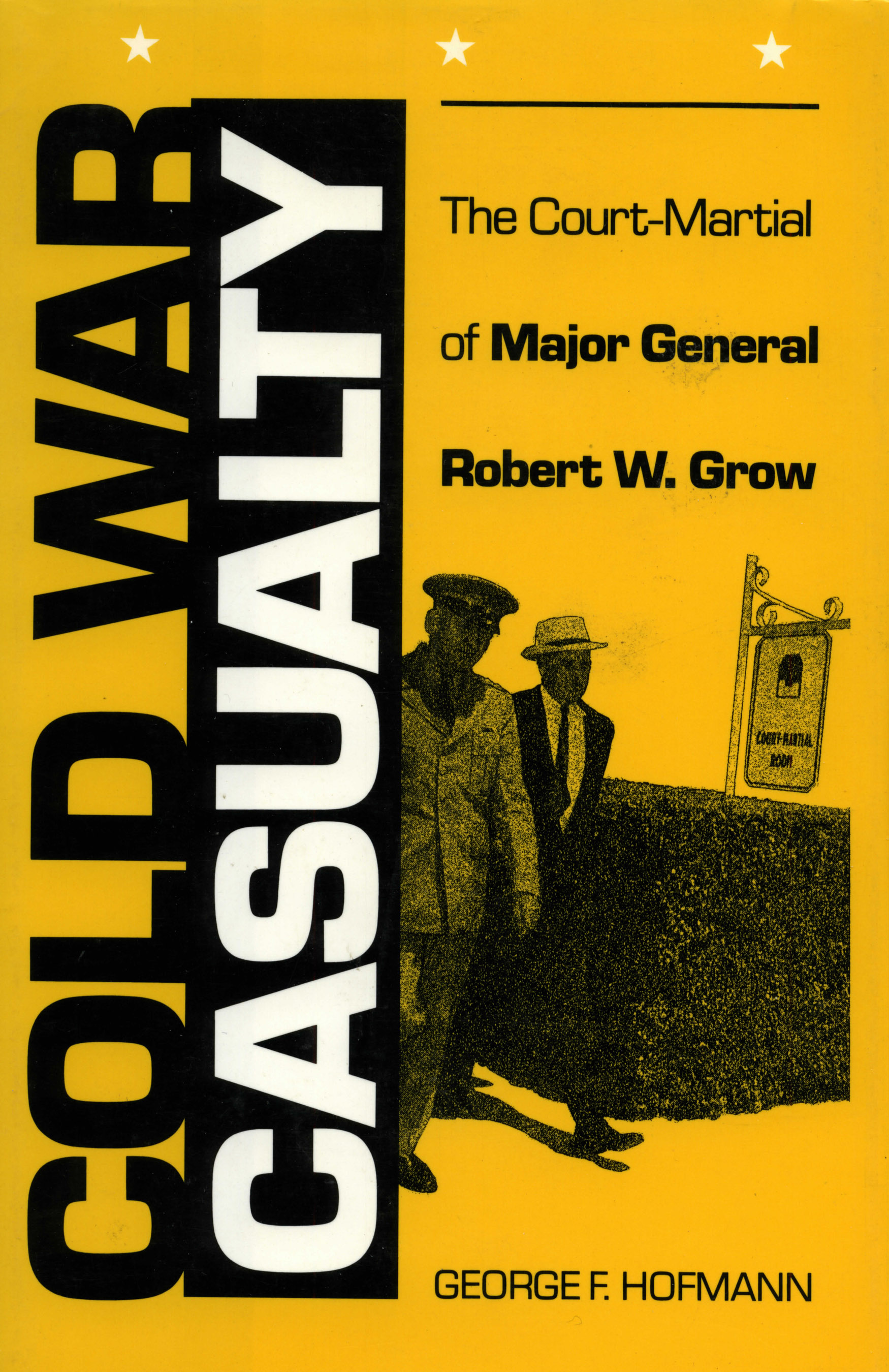 New research data gathered through the Freedom of Information Act and the first use of the Grow files provide the framework for this absorbing account of the general court-martial of one of General George S. Patton’s famous armored division commanders of World War II.

The 1952 court-martial of Major General Robert W. Grow, senior U.S. military attaché in Moscow during the Korean War era, involved a general officer who had used questionable judgment in securing a personal diary that contained impolitic statements portions of which had been photocopies by an alleged Soviet agent in Frankfurt, West Germany. This era of Cold War tensions and McCarthyism, Western media sensationalism, and communist propaganda created a cause célèbre and influenced the Army Staff in the Pentagon, led by Lieutenant General Maxwell D. Taylor, to exercise controversial command influence under the aegis of the new Uniform Code of Military Justice.

White the State Department and Central Intelligence Agency recommended refuting the implications of the published diary, the Army Staff decided to prosecute the unfortunate attaché. Grow, a career soldier, welcomed a formal hearing in order to clear his name. The result became an exercise in Army politics and an example of the corruption of the military justice system through managerial careerism and unlawful command influence.

Through his analysis of the Grow incident, Hofmann traces the actual operation of military judicial process under the Uniform Code and examines the bureaucratic intrigues, influence of the media, Cold War propaganda, and resulting conflict between service and self-interest.