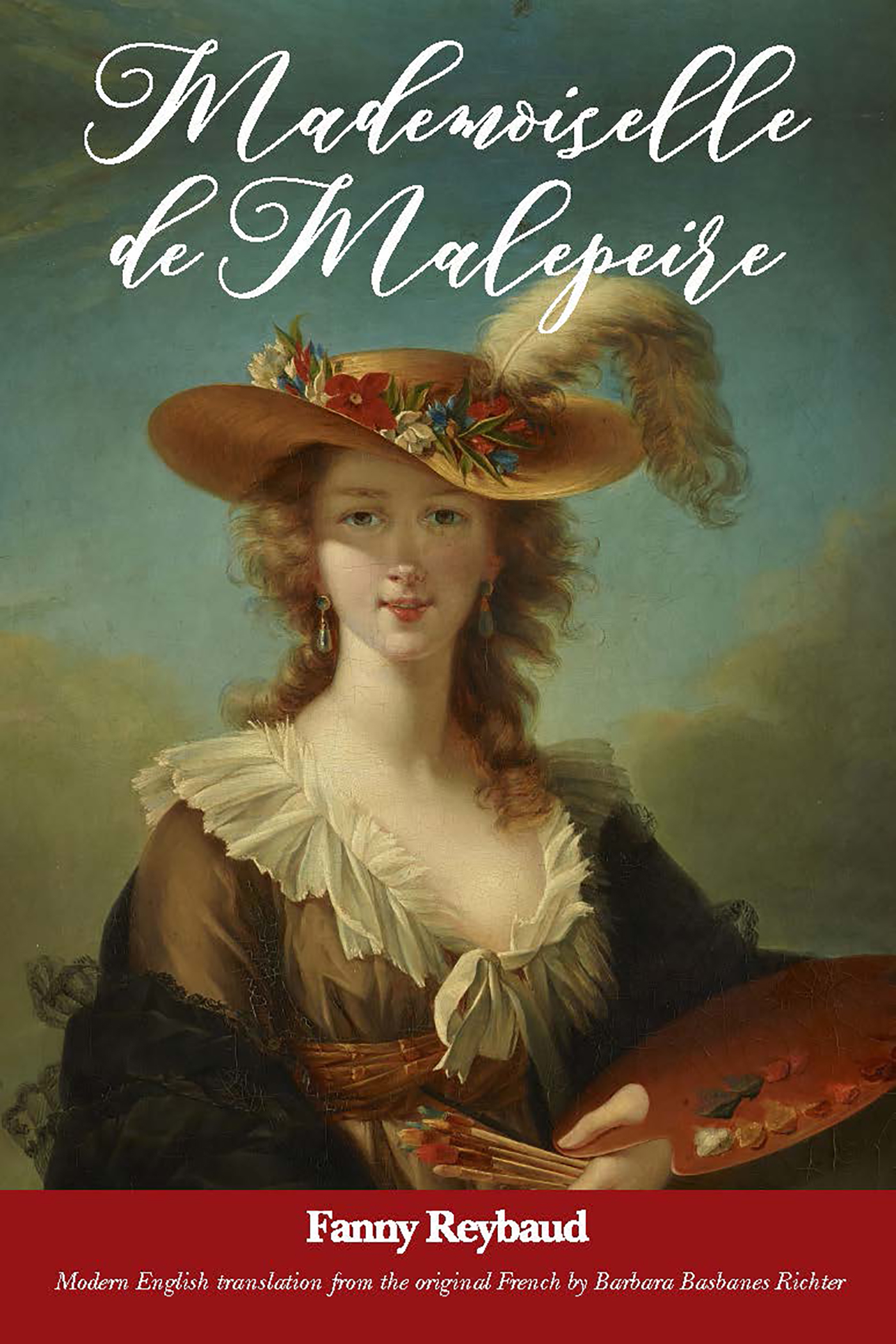 Barbara Richter uses her considerable skills as a modern translator and writer to bring Fanny Reybaud's captivating French novel to the English-speaking world for the first time in more than a century.

A fast-paced and delightful mystery, Reybaud's novel, in Richter's hands, is a clever, inspiring gem that can still pull at the hearts of 21st century people, and perhaps, in this newest translation, will revive interest in Reybaud, once a bestselling French female novelist and considered the equal of fellow female French novelist George Sand.

Books have always been part of the life of Barbara Basbanes Richter, who's both a bibliophile and a Francophile, and there was no way she could have grown up without an appreciation for the power of the printed word. After receiving both a BA and an MA in French Literature (Smith College and Tufts University, respectively), she taught French and Latin for the better part of a decade. As the department chair of a world languages program in Fairfax County, Virginia, she led the development of a school-wide world language curriculum and resurrected a dying French and Latin program.

She also has translated works from French to English before, and her translations have appeared in the following books by non-fiction author Nicholas A. Basbanes: On Paper (Knopf 2013), Every Book Its Reader (HarperCollins November 2005), and Patience and Fortitude (HarperCollins October 2001). In 2015, she translated nineteenth century French correspondence for Wedgestone Press, an endeavor funded by the National Endowment for the Humanities dedicated to transcribing and publishing the documents of Robert and Elizabeth Barrett Browning and their circle.

Now, in addition to translations, she interviews authors, illustrators, and other movers and shakers in the book world for Fine Books and Collections Magazine and for Literary Features Syndicate. She has written about spy libraries, book arts programs for children, Alice in Wonderland's 150th birthday, Shakespeare on Letterpress, even bibliotherapy and how ISIS funds its terror programs by selling antiquarian books. She also wrote an essay about danger in children's literature for the Spring 2015 issue of The Sewanee Review. Other publications include reviews and profiles for High Country News, Ravishly.com, FACES Magazine, and FSR Magazine.

Mademoiselle de Malepeire was penned in 1854 by Fanny Reybaud, a French writer who, at her zenith, authored no fewer than thirty novels, in addition to numerous short stories and poems, and saw many of her works translated into Spanish, English, and German. She frequented literary salons with the likes of Honoré de Balzac, Frédéric Mistral, and Alphonse Daudet. In her writing, Reybaud remains faithful to the written tradition of Provençal storytelling-an oral, conversational tale with opposing voices and differing opinions that is at once accessible and immensely readable. How did Reybaud, once considered the equal of fellow female French novelist George Sand (née Amandine Aurore Lucille Dupin), go from being the darling of French literary circles to total obscurity? By November of 1870, when Reybaud quietly died unmourned and unnoticed in a remote corner of southwestern France, Napoleon III had already suffered a catastrophic defeat at the hands of Otto von Bismarck in the Battle of Sedan, assuring a Prussian victory and the fall of the Second Empire. In short, there were other pressing national issues on the eve of her death, yet twenty-seven years earlier, Reybaud made the rounds of the glittering Parisian literary circuit and was beloved by all she met.