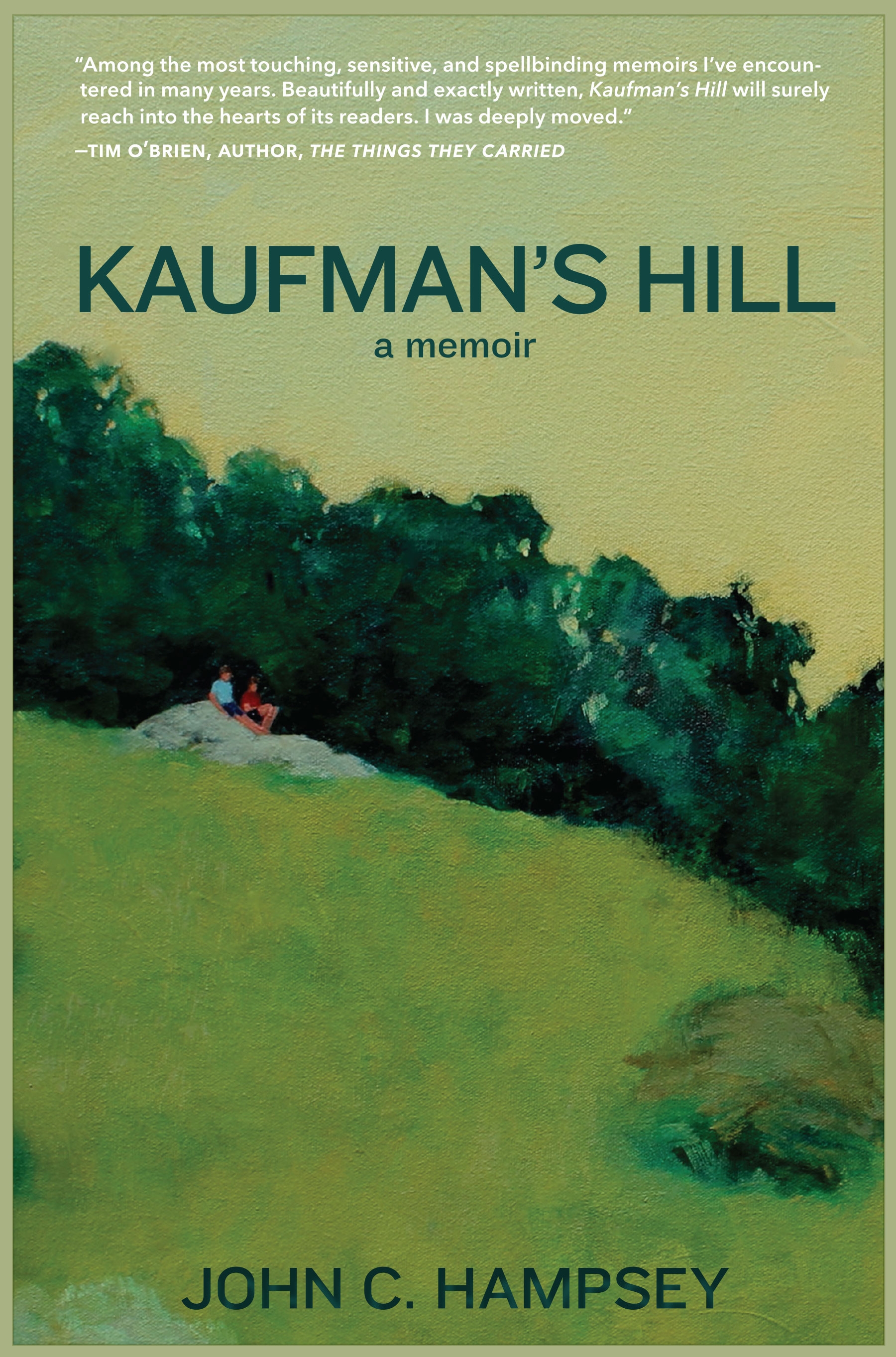 A PROFOUND AND INTENSELY MOVING BOYHOOD MEMOIRKaufman’s Hill opens with a prosaic neighborhood scene: The author and some other young boys are playing by the creek, one of their usual stomping grounds. But it soon becomes clear that much more is going on; the boy-narrator is struggling to find his way in a middle-class Catholic neighborhood dominated by the Creely bullies, who often terrify him. It’s the Pittsburgh of the early and mid-1960s, a threshold time just before the counter-culture arrives, and a time when suburban society begins to encroach on Kaufman’s Hill, the boy’s sanctuary and the setting of many of his adventures. As the hill and the 1950s vanish into the twilight, so does the world of the narrator’s boyhood.“My pappy says if you’re going to be afraid of everything, you may as well live in the sewer” are the words that first open the narrator’s eyes. And once he befriends the enigmatic, erratic, but charismatic Taddy Keegan, he becomes bolder and no longer lives in abject fear of the Creelys. The narrator’s relationship with Taddy proves to be unconventional, though. Taddy, caught in his own imaginary universe, is often unaware of companions around him. The narrator focuses on uncovering the mystery of Taddy: Why does he live his life like he’s a performer? Who is he really?The narrator’s world is a mix of exhilarating freedom—because of absent parents, teachers, and priests—and imminent dangers. And his home life is problematic. The narrator observes his taciturn father as he copes with manic behaviors and cyclically repeating problems, while his mother struggles to better the life not just of her young son, but that of her African American cleaning woman in a time of racial animosity and racially-related urban violence. The boy watches his parents with eyes too young to truly understand, and is increasingly disappointed by an increasingly remote father who rarely speaks to him.As the narrator matures, his self-concept shifts within a widening world that includes disconcerting sexual experiences with public school girls, and his struggle to frame himself within the realm of the Catholic Church. He finds flaws with all but one religious figure, an aunt, who is a sublime and mystical presence in his life. The narrator joins sports teams that bring him back to the same kind of childhood “friends” he wanted to escape, and he questions whether he himself could act like a bully. When he begins high school, the narrator, at a dramatic moment, leaves boyhood behind, which might just include leaving Taddy Keegan behind as well.John C. Hampsey’s Kaufman Hill is lyrical and profound. It captures the dynamics of the lost world of boyhood in a way no one has before. No wonder the late, great historian Howard Zinn called it “the best book written on American boyhood in decades."

John C. Hampsey is professor of Romantic and Classical Literature at Cal Poly, San Luis Obispo, where he has won the University Distinguished Teaching Award. Previously, he taught at Boston University and MIT. He received his BA from Holy Cross College and his PhD from Boston College.His book, Paranoia and Contentment: A Personal Essay on Western Thought (2005, University of Virginia Press) won enthusiastic endorsements from fellow writers Lawrence Ferlinghetti and Tim O'Brien. O’Brien judged Paranoia and Contentment to be “sharply reasoned and intellectually bold… This beautifully written book turns upside down our standard thinking about creativity, imagination, and what it is to be wholly human.” Paranoia and Contentment was the first book to view paranoia in a positive light, and to use the concept to re-examine Western thought. The book is still selling well in paperback.Professor Hampsey’s memoir Kaufman’s Hill (Bancroft Press, hardcover, January 2015) is set in Pittsburgh between 1961-68. It begins when the narrator is seven years old and focuses on that threshold time between the late 1950s and the full counter-cultural world that arrived after 1968, as well as on the graphic yet mythical world of boyhood that vanishes right into the twilight. Each chapter, in fact, has a key scene occurring at twilight.Howard Zinn, after reading an early draft of Kaufman’s Hill, called it “the best book on American boyhood in decades.” Of Kaufman’s Hill, another reader says it "touches on something about boyhood within the expansiveness of life that I can't remember anyone doing, especially not with your voice and perspective." Another early reader asserts that "the book captures the dynamics of the lost world of boyhood with sensitivity but without sentimentality, in a way no one has before." "It is an American Angela’s Ashes,” suggests yet another pre-publication reader.The Gettysburg Review is publishing an excerpt from Kaufman’s Hill in Autumn 2014.Professor Hampsey is currently working on a novel—Soda Lake, an existential mystery mixed with interconnected imaginary portraits. The Alaska Quarterly has recently agreed to publish an excerpt.During his career, Hampsey has had more than thirty stories and essays published in such places as The Gettysburg Review (four times), The Midwest Quarterly, Antioch Review, The Alaska Quarterly, The Boston Globe, Arizona Quarterly, European Romantic Review, Witness, Colby Quarterly, The Chronicle of Higher Education, and McNeese Review, among many others.He lives in San Luis Obispo, Califorinia, with his wife and daughter.