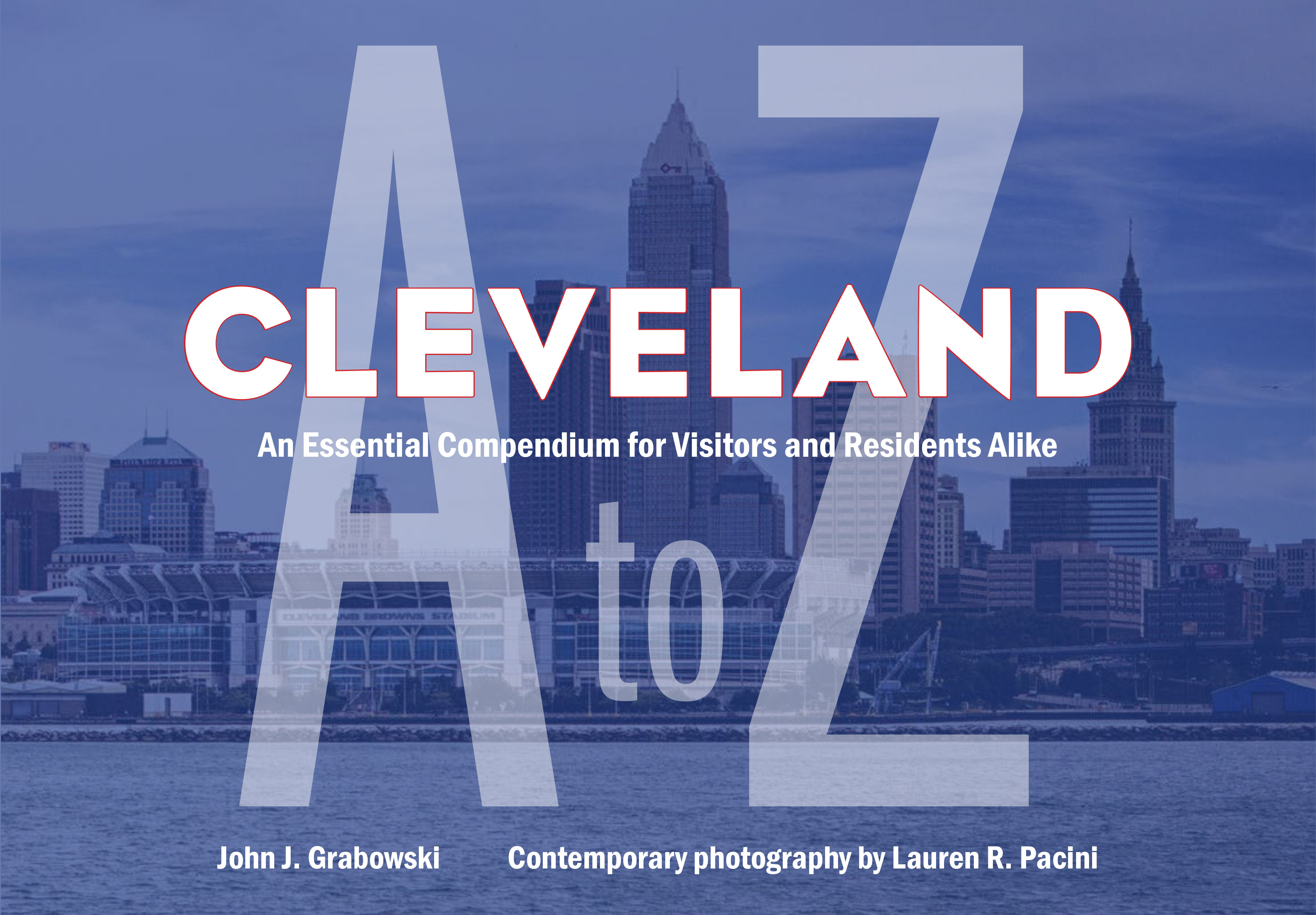 Cleveland A to Z

An Essential Compendium for Visitors and Residents Alike

A richly illustrated celebration of Cleveland history and culture

Cities around the globe, whether large or small, have characteristics that create a particular identity. So what about Cleveland? What are its nuances, its images? In addressing that question, Cleveland A to Z is not a typical city guide. Rather than concentrating solely on the usual topics—landmarks, restaurants, shopping, and notable facts—this guide touches on deeper themes related to Cleveland’s people, places, stories, and events. These 72 short articles reveal details about the city’s rich history, while also hinting at the issues, attitudes, and even the quirks that define Cleveland’s character. Cleveland A to Z truly serves as an entry point for a fuller exploration of the city’s history.

Originally released as part of the Western Reserve Historical Society’s 150th anniversary celebration, this book is evidence of the Historical Society’s outstanding and nationally significant collections. Almost every historical photo in this volume derives from the archives of the Society. Those collections represent a trust for the community—an essential service to students, scholars, family historians, and old and new Clevelanders.

With striking contemporary photographs by Lauren R. Pacini paired with the insights of historian John J. Grabowski, Cleveland A to Z is a fascinating and entertaining resource for anyone interested in this important American city.

John J. Grabowski, a native Clevelander, began his career at the Western Reserve Historical Society in 1969. Since 1999, he has held a joint position with the Historical Society, where he currently serves as Historian/Vice President for Research and Publications, and at Case Western Reserve University, where he is the Krieger-Mueller Associate Professor of Applied History.

A resident of Cleveland since 1950, Lauren R. Pacini is a photographer, author, and publisher. His most recent published works include Preserving the Shaker Parklands and Renaissance of East 9th Street.