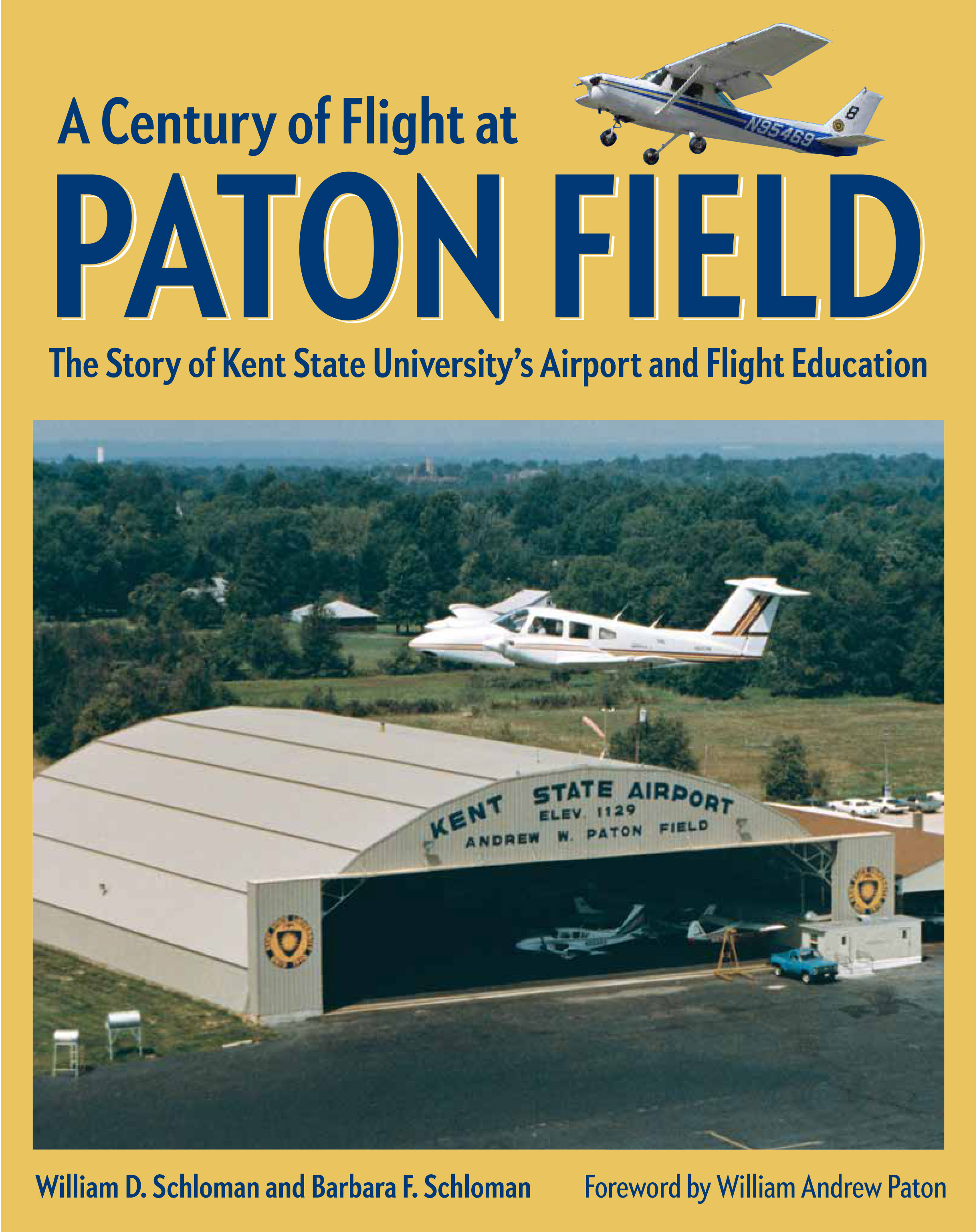 Century of Flight at Paton Field

The Story of Kent State University’s Airport and Flight Education

In this detailed and well-illustrated study, A Century of Flight at Paton Field explores the hundred-year history of the longest surviving public-use airport in Ohio. Intertwining the story of the airport’s development with the history of flight education programs at the University, the book highlights a vast cast of characters and an examination of aviation’s development on the local level throughout the last century.

What was once Stow Field, a small airport in a rural community, stands at the center of this story. It was Kent State’s participation in the federal government’s Civilian Pilot Training Program (CPTP) in the years leading up to World War II that led to state funding for purchase of the airport, along with support for a similar acquisition by four other state schools. This step prepared the way for the creation of collegiate aviation in Ohio. At Kent State, it brought in Andrew Paton, who created the first flight training curriculum and established a vision for the role the airport could play in a university-run program. In the period between the two World Wars, Stow Field was also the site of aviation exhibits that drew as many as 80,000 people, the christening of Goodyear’s first helium blimp, and the area’s first commercial airline service.

As Kent State’s airport is now enjoying both a new vitality and long-awaited investment, Barbara F. Schloman and William D. Schloman place this in context with the at-times-uncertain survival of Kent State’s aviation program. This comprehensive history will appeal to graduates of that program and all aviation history enthusiasts, as well as those interested in the history of the region more generally.

William D. Schloman grew up under the traffic pattern of Paton Field in Stow, Ohio, and now resides under Practice Area 5 used by KSU student pilots. He is a graduate of the Kent State flight program, a former airline captain, and presently a flight simulator instructor. Barbara F. Schloman is professor emeritus and former associate dean of Libraries at Kent State University. Along with the aviation enthusiasts in her family, she has enjoyed many air shows and aviation museums.