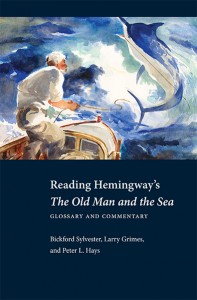 Reading Hemingway’s The Old Man and the Sea

The Old Man and the Sea is a deceptively simple work. An old man goes fishing. He catches a giant marlin after much struggle. Sharks attack and destroy the fish. The old man is left with the bare bones of the fish—a Monday morning “fish story.” But much lies beneath the surface. The action is condensed and presented in carefully crafted images, in words and details selected because of their multivalent meanings, and in several external narrative strands, present primarily as allusions and echoes.

The authors fish below the surface of The Old Man and the Sea to determine what is contained in Hemingway’s allusions. They trace the development of symbols, amplify literary echoes, and contextualize the work’s mythological, religious (including Afro-Cuban religion), and philosophical references. They examine the hybridity of genre in The Old Man and the Sea and engage multiple literary and critical methodologies.

Although the reputation of The Old Man and the Sea has waxed and waned, it has continued to be read by successive generations of students and literary scholars. This book is written for both audiences. Young readers will discover that surface details have depth and resonance; senior scholars will be challenged to apply new approaches.