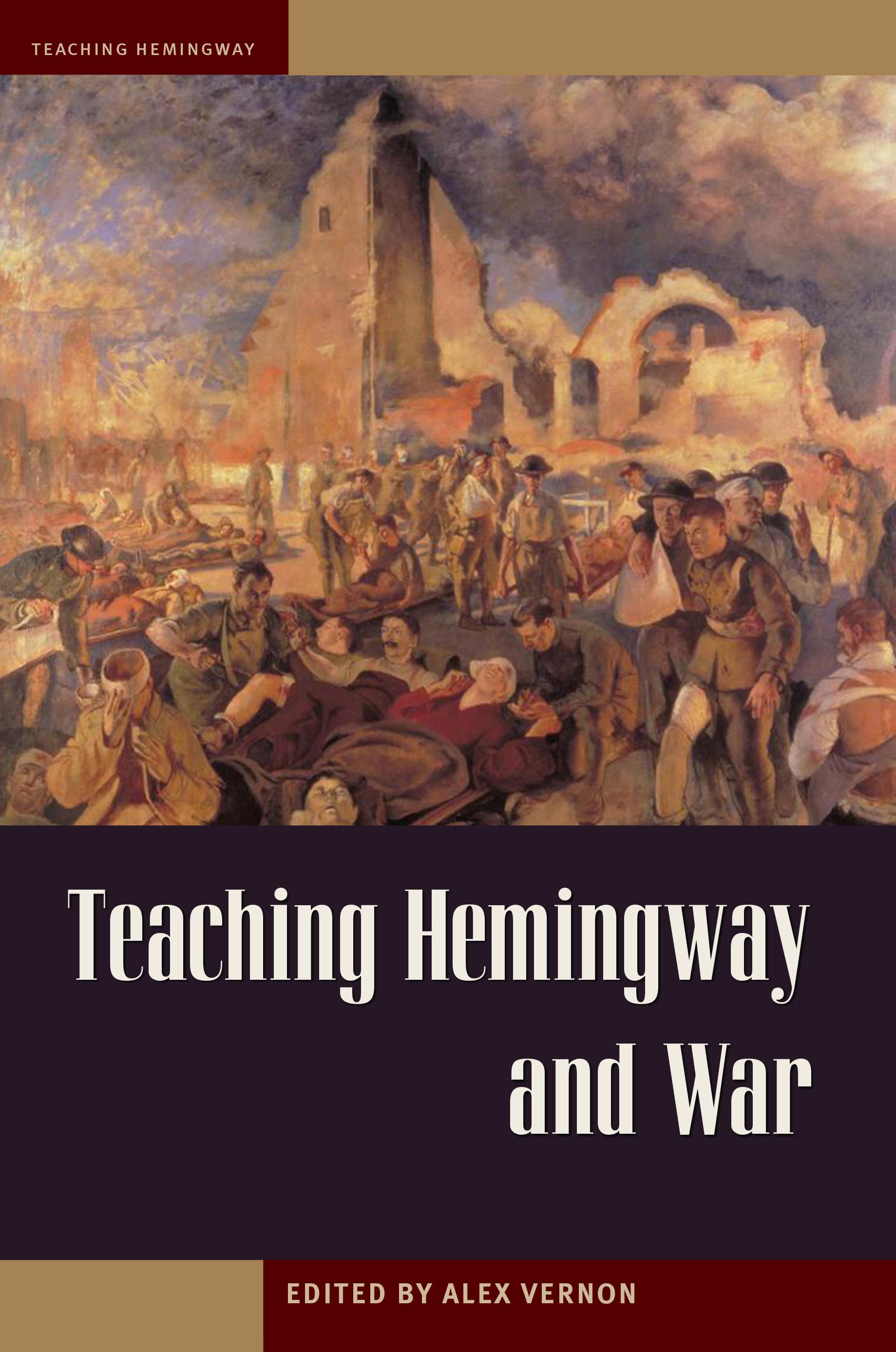 In 1925, Ernest Hemingway wrote to F. Scott Fitzgerald that “the reason you are so sore you missed the war is because the war is the best subject of all. It groups the maximum of material and speeds up the action and brings out all sorts of stuff that normally you have to wait a lifetime to get.” Though a world war veteran for seven years, at the time he wrote Fitzgerald, Hemingway had barely scratched the surface of his war experiences in his writing, yet it would be a subject he could never resist. As an eyewitness to the emergence of modern warfare, through the Second World War, and as a writer devoted to recreating experience on the page, Ernest Hemingway has gifted us with an oeuvre of wartime representation ideal for the classroom.

Alex Vernon is a professor of English at Hendrix College in Arkansas. His Hemingway and war studies titles are Hemingway’s Second War: Bearing Witness to the Spanish Civil War and Soldiers Once and Still: Ernest Hemingway, James Salter, and Tim O’Brien. He has also edited essay volumes on war literature in general, on teaching the works of Tim O’Brien, and on the war memoir. He has published two soldiering memoirs of his own with Kent State University Press—The Eyes of Orion: Five Tank Lieutenants in the Persian Gulf War (1999) and most succinctly bred (2006).