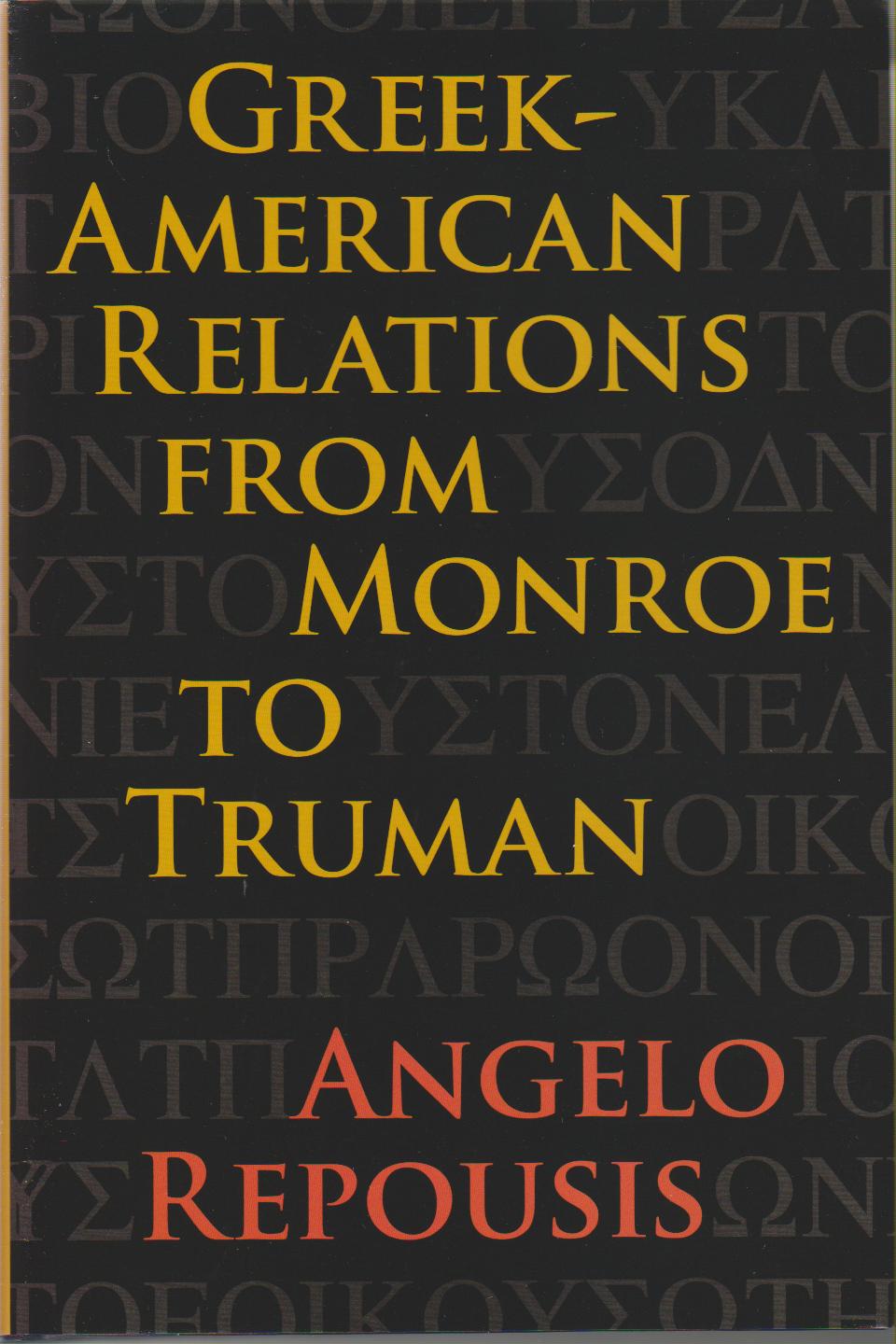 Greek-American Relations from Monroe to Truman

The pre–Cold War motives of American intervention in Greece

Most studies of U.S. relations with Greece focus on the Cold War period, beginning with the enunciation of the Truman Doctrine in 1947. There is little substance in the extant literature about American policy toward or interaction with Greece prior to World War II. This overlooks the important intersections between the two countries and their peoples that predated the Second World War.

U.S. interest in Greece and its people has been long-standing, albeit primarily on an informal or unofficial level. Author Angelo Repousis explores a variety of resonant themes in the field of U.S. foreign relations, including the role of nongovernment individuals and groups in influencing foreign policymaking, the way cultural influences transfer across societies (in this particular case the role of philhellenism), and how public opinion shapes policy—or not.

Repousis chronicles American public attitudes and government policies toward modern Greece from its war for independence (1821–1829) to the Truman Doctrine (1947) when Washington intervened to keep Greece from coming under communist domination. Until then, although the U.S. government was not actively in support of Greek efforts, American philhellenes had supported the attempt to achieve and protect Greek independence. They saw modern Greece as the embodiment of the virtues of its classical counterpart (human dignity, freedom of thought, knowledge, love of beauty and the arts, republicanism, etc.) and worked diligently, albeit not always successfully, to push U.S. policymakers toward greater official interest in and concern for Greece.

Pre–Cold War American intervention in Greek affairs was motivated in part by a perceived association among American and Greek political cultures. Indebted to ancient Greece for their democratic institutions, philhellenes believed they had an obligation to impart the blessings of free and liberal institutions to Greece, a land where those ideals had first been conceived.

Angelo Repousis was born in Greece and immigrated with his parents to the United States when he was a year old. He received his Ph.D. from Temple University in U.S. diplomatic history and nineteenth-and twentieth-century American social and cultural history. Repousis teaches U.S. history as an adjunct assistant professor at Temple University and also teaches at West Chester University.