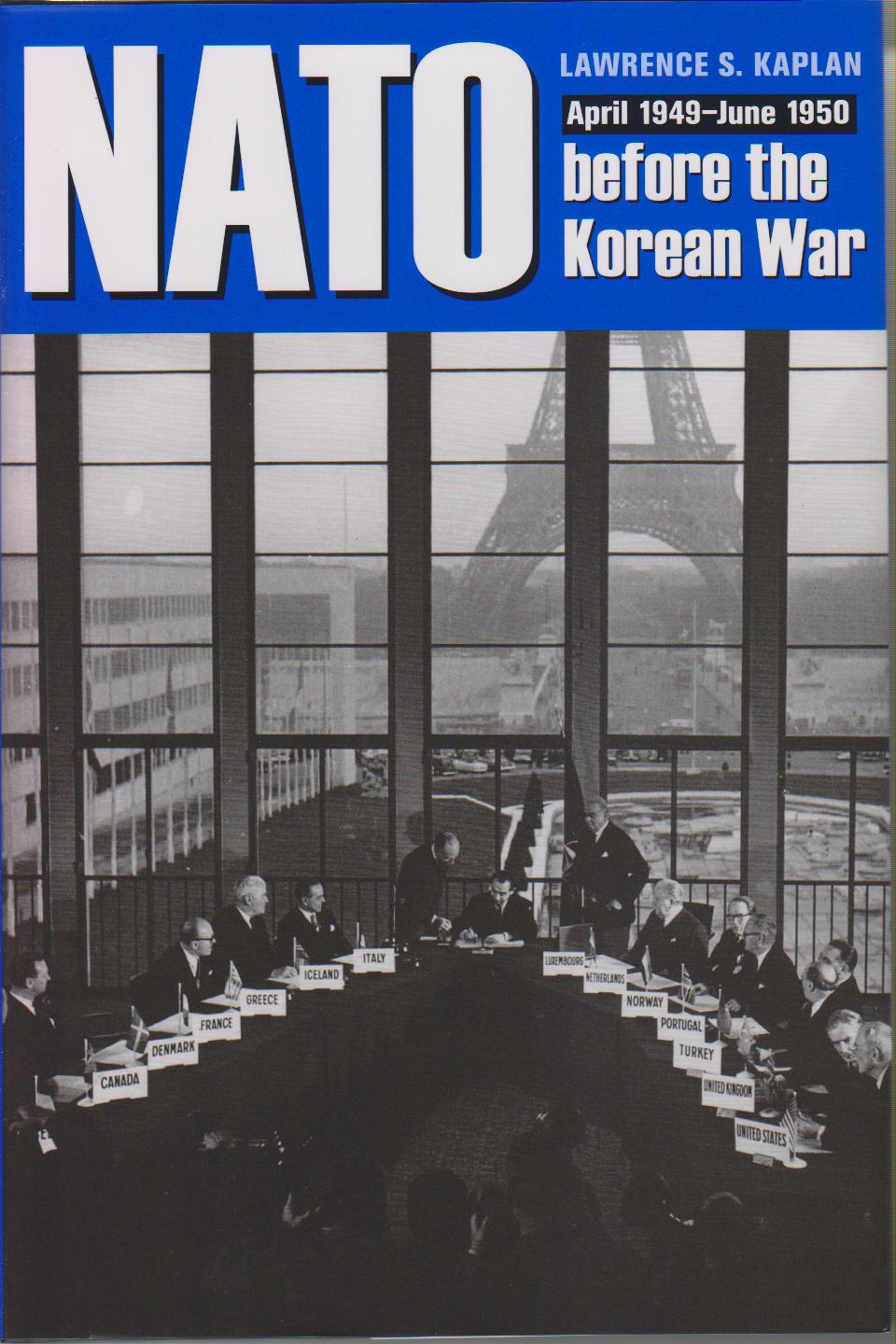 NATO before the Korean War

Conventional wisdom has the Korean War putting the “O” in NATO. Prior to that time, from the signing of the North Atlantic Treaty on April 4, 1949, to the North Korean invasion of South Korea on June 25, 1950, the Treaty allies were just going through the motions of establishing an organization. Historian Lawrence Kaplan argues that this is a mistaken view, and he fills significant blanks in the record of 1949 and 1950, which NATO officials and analysts alike have largely ignored.

When the Treaty was signed, the United States hailed the end of its isolationist tradition, as it recognized the necessity of devising new means to cope with the menace of Soviet-led Communism. It was interested in creating a new order in the Old World that would open the way to a united Europe. Toward this end, the allies crafted a transatlantic bargain. In its simplest form, the bargain involved a

U.S. commitment to rebuild, economically and militarily, a Western Europe devastated by World War II. In exchange for America’s abandonment of its customary abstention from Europe, the Western allies would take steps to end Europe’s traditional divisions and integrate its resources on every level. The sheer magnitude of the mutual obligations received widespread attention on both sides of the Atlantic as well as within the Communist bloc. The Korean War’s impact on the development of the organization marginalized the prewar history of NATO.

Kaplan asserts that the Korean War was not needed to convert the alliance into an organization, as it was already in place on June 25, 1950. The progress of NATO’s development was often improvised and untidy, and “the first crude tools of the organization,” as Dean Acheson noted, had been cast by the end of the London meeting of the North Atlantic Council in May 1950. The seeds of major changes took the form of the supreme allied commanders, and a civilian coordinating body could be found in negotiations conducted during the winter and spring of 1950. The origins of the “O” in NATO are found in the text of the North Atlantic Treaty, in Article 9, under whose auspices new responsibilities were justified.

Lawrence S. Kaplan is university professor emeritus of history and emeritus director of the Lyman L. Lemnitzer Center for NATO and European Union Studies at Kent State University. He is currently a professorial lecturer in history at Georgetown University. Kaplan is the author of seven books on NATO, including NATO 1948: The Birth of the Transatlantic Alliance.