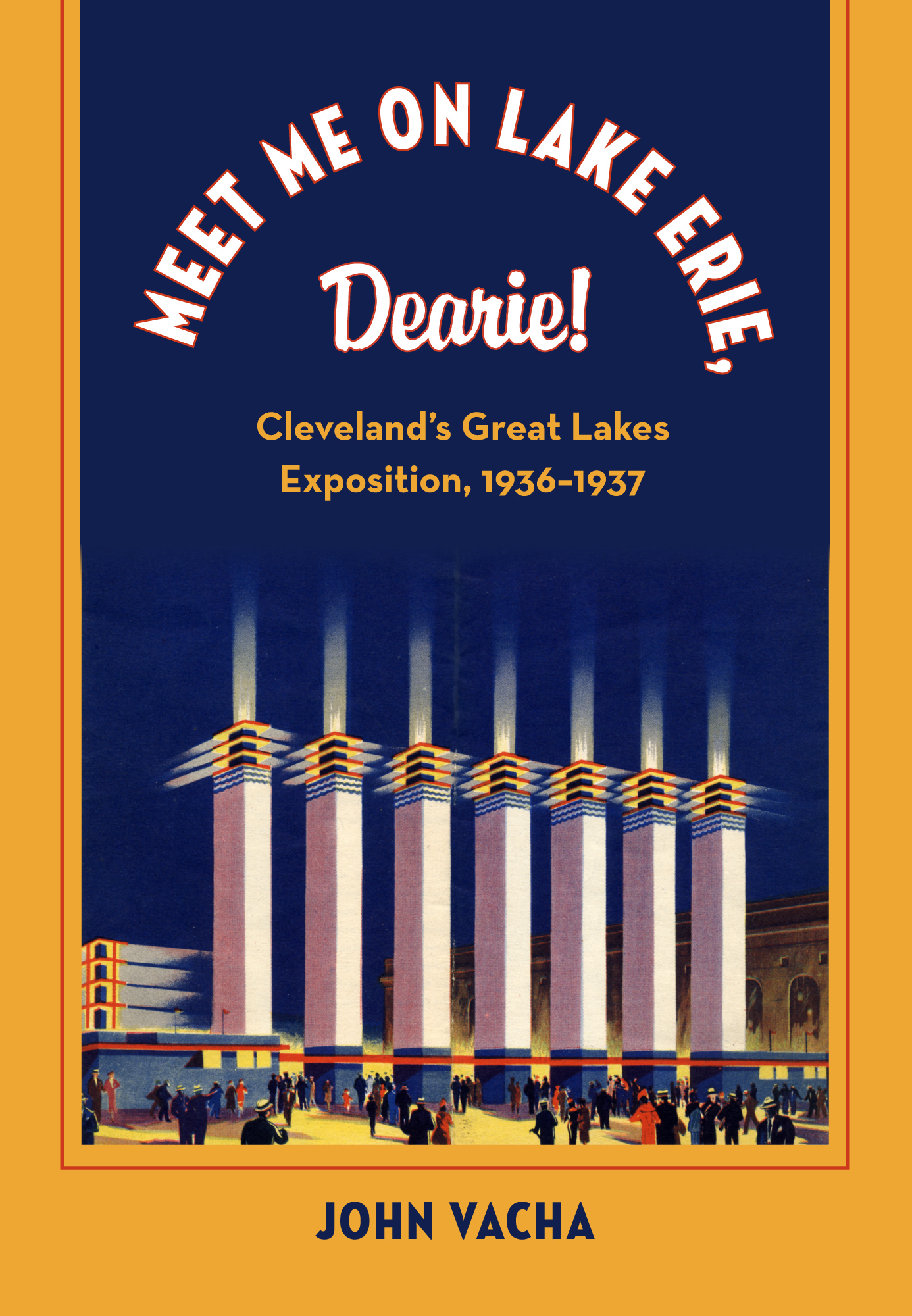 Meet Me On Lake Erie, Dearie!

2011 Bronze Medal – Independent Publisher Book Awards/Great Lakes Region A walk down memory lane In the summers of 1936 and 1937 the Great Lakes Exposition was presented in Cleveland, Ohio, along the Lake Erie shore just north of the downtown business area. At the time, Cleveland was America’s sixth largest city. The Exposition was scheduled to commemorate the centennial of Cleveland’s incorporation and was conceived as a way to energize a city hit hard by the Great Depression. In its first summer the Exposition drew four million visitors and three million more during its second and final season. The main entrance of the Exposition was on the city’s recently finished civic mall between St. Clair and Lakeside avenues, two of Cleveland’s major thoroughfares. A bridge led from there to the 135-acre Exposition site on grounds that now house Cleveland’s Great Lakes Science Center, the Rock and Roll Hall of Fame, and Burke Lakefront Airport. Attractions included “Streets of the World,” featuring cafes and bazaars reminiscent of the countries they represented; a midway with rides and sideshows; a Court of Presidents; a Hall of Progress; a Marine Theater; horticultural gardens; and concerts by the bands of Wayne King, Xavier Cugat, Ted Weems, and Bob Crosby. When it reopened in the summer of 1937, the Exposition had a new attraction: a floating stage that featured Billy Rose’s Aquacade, a music, dance, and swimming show starring Olympians Johnny Weissmuller and Eleanor Holm. The Aquacade later traveled to New York City for the 1939 World’s Fair. Meet Me on Lake Erie, Dearie! is the fourth installment in the Cleveland Theater Series by John Vacha and will appeal to those who attended the Exposition or listened to the stories told by their relatives about the two exciting summers during the Depression. Regional history students and social historians will also find this an informative and entertaining addition to their collections.

John Vacha is the recipient of the Herrick Memorial Award from the Early Settlers Association of the Western Reserve, given in recognition of his theatrical history, Showtime in Cleveland (The Kent State University Press, 2001). He has also written The Music Went ’Round and Around: The Story of Musicarnival (2004) and From Broadway to Cleveland: A History of the Hanna Theatre (2007) in the Cleveland Theater Series published by The Kent State University Press.