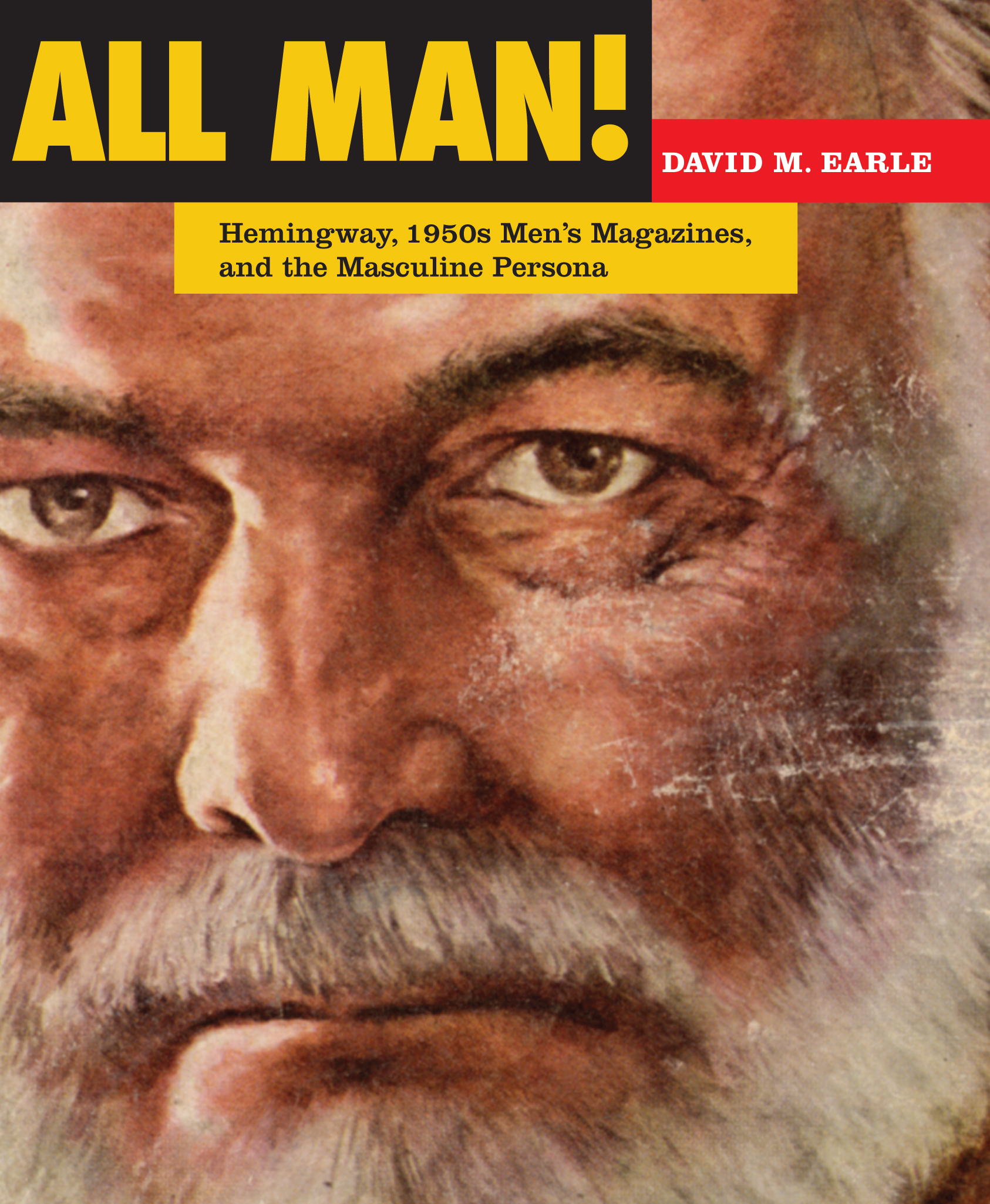 Hemingway as viewed through the lens of men’s pulp magazines During the 1950s, Hemingway was in two plane crashes, won a Nobel Prize, published a best-selling novel, and had five movies released based on his work. He had always been a public figure, but during these years his fame rose to that of celebrity. Splashed on the pages of men’s magazines were articles titled “Hemingway, Rogue Male,” “Hemingway: America’s No 1 He-Man,” “Hemingway: War, Women, Wine, and Words,” and “Hemingway: King of the Vulgar Words and Seduction.” These articles appeared not in the mainstream men’s magazines like Esquire, Field & Stream, and Playboy, but in the pulp men’s adventure magazines of Vagabond, Rogue, Modern Man, Male, Bachelor, Sir Knight!, and Gent. Kitschy, extreme, and often misogynistic, these magazines capture the hyper-masculinity of the postwar decade. And Hemingway was portrayed as a role model in all of them. Using these overlooked and sensational magazines, David M. Earle explores the popular image of Ernest Hemingway in order to consider the dynamics of both literary celebrity and midcentury masculinity. Profusely illustrated with magazine covers, article blurbs, and advertisements in full color, All Man! considers the role that visuality played in the construction of Hemingway’s reputation, as well as conveys a lurid and largely overlooked genre of popular publishing. More than just a contribution to Hemingway studies, All Man! is an important addition to scholarship in the modernist era in American literature, gender studies, popular culture, and the history of publishing.

David M. Earle is assistant professor in the Department of English and Foreign Languages at University of West Florida in Pensacola. He is the author of Re-Covering Modernism: Pulps, Paperbacks, and the Prejudice of Form and has articles in The James Joyce Quarterly and the forthcoming Oxford Critical and Cultural History of Modernist Magazines.