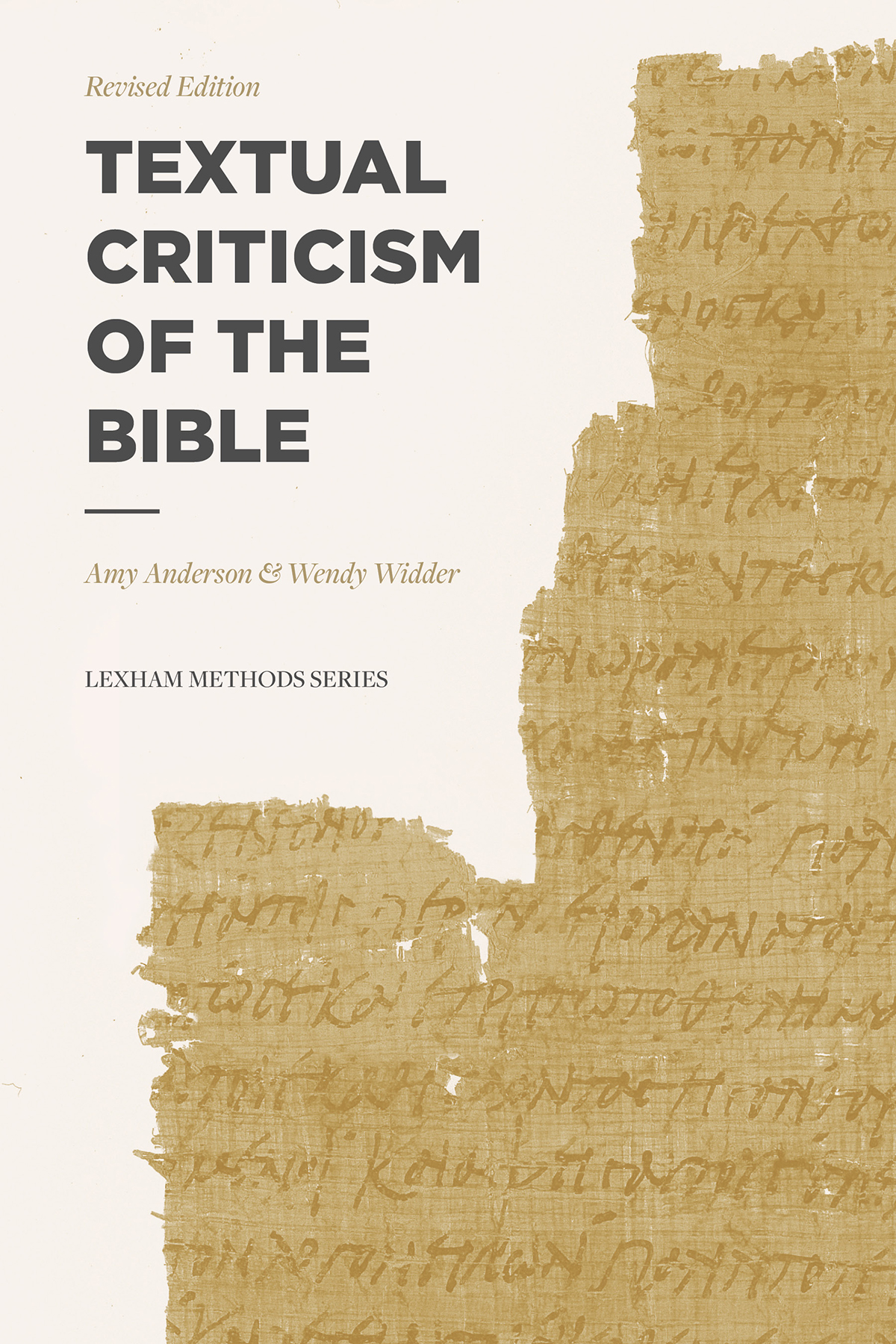 Textual Criticism of the Bible

Textual Criticism of the Bible provides a starting point for the study of both Old and New Testament textual criticism.

In this book, you will be introduced to the world of biblical manuscripts and learn how scholars analyze and evaluate all of that textual data to bring us copies of the Bible in Hebrew, Aramaic, and Greek that can be used for translating the Bible into modern languages. Textual Criticism of the Bible surveys the field, explains technical terminology, and demonstrates in numerous examples how various textual questions are evaluated. Complicated concepts are clearly explained and illustrated to prepare readers for further study with either more advanced texts on textual criticism or scholarly commentaries with detailed discussions of textual issues.

You may not become a textual critic after reading this book, but you will be well prepared to make use of a wide variety of text-critical resources.

Amy Anderson (Ph.D., University of Birmingham) is a professor of New Testament and Ancient Greek at North Central University in Minneapolis, Minnesota. She is the founder of The Center for Ancient Texts and Languages, an organization devoted to promoting the study of ancient languages, teaching students to read and analyze ancient manuscripts, and advancing research in textual criticism.

Wendy Widder (Ph.D., University of the Free State) is the author of Daniel in the Story of God commentary series (Zondervan) and "To Teach" in Ancient Israel: A Cognitive Linguistic Study of a Biblical Hebrew Lexical Set (deGruyter). She lives in the Twin Cities, where she teaches Old Testament courses as an adjunct professor and does freelance writing and editing.