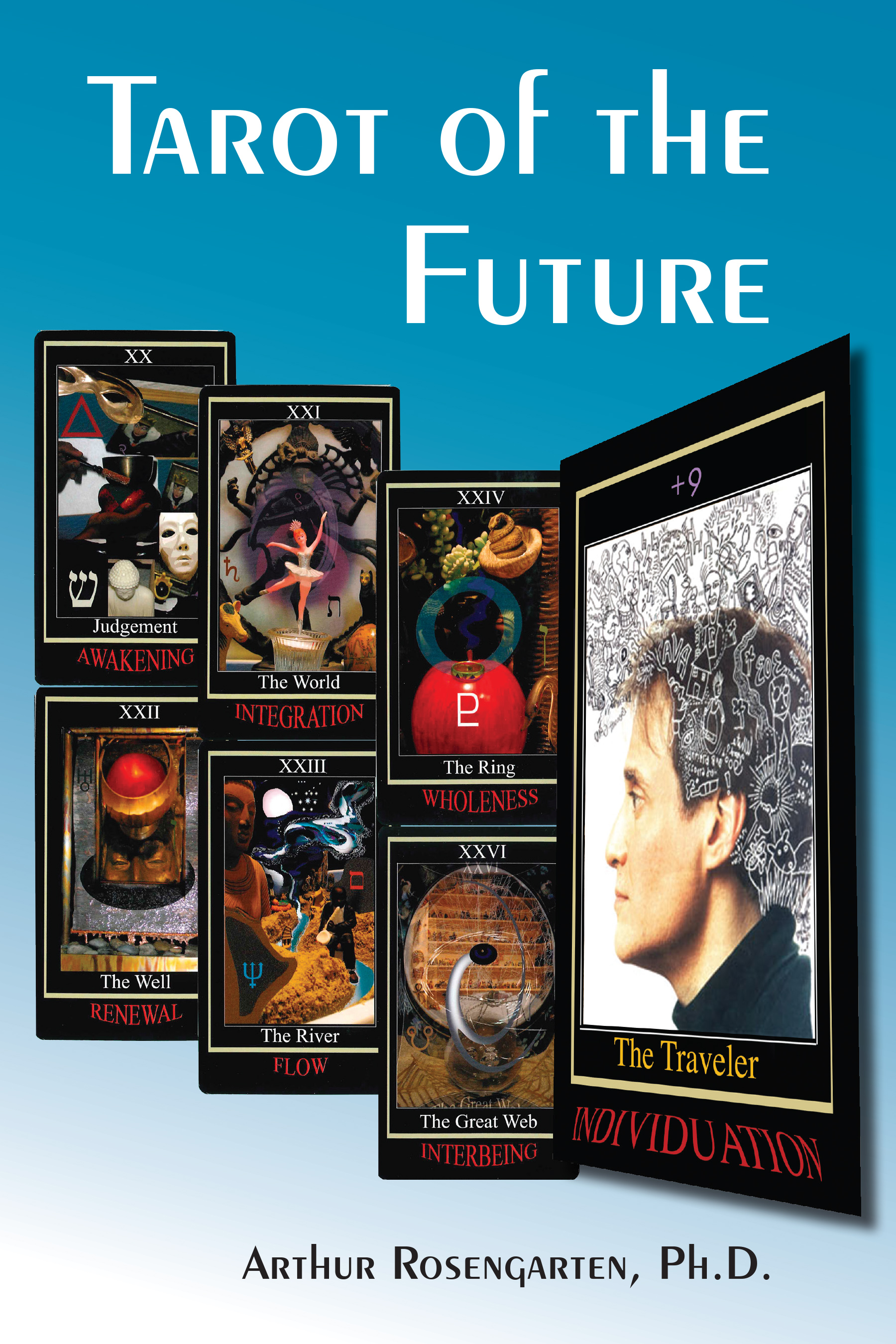 Tarot of the Future

The most comprehensive and revolutionary book to be written about Tarot's Major Arcana in more than 100 years, Tarot of the Future is a bold and entertaining exploration of Tarot and Consciousness, full of stimulating, original ideas about the future.

The juxtaposition of psychology, spirituality, and Tarot might seem strange to a fortune teller, meditator, or scientist stuck in their competing worldviews, but Dr. Rosengarten explains how, in an integral world, these competing practices may nourish one another in ways that can lead to rich and creative spiritual development.

Readers will learn about the philosophical underpinnings of Tarot's template, called The Matrix, and its mysterious method of operation, divination. By applying Tarot's native meta-logic, the Tarot is re-tuned for the 21st century, with Jungian, Eastern, and Western metaphysical and scientific principles enlarging the scope and relevance of this timeless spiritual tool. In addition, Tarot has been expanded to approach the emerging archetypes of our time and present a completed map of higher consciousness.

Further, Tarot's internal code is used to expand and complete its body of sacred knowledge for new and seasoned users alike, in a timely revisioning for Spiritual Travelers in search of their authentic selves.

This revolutionary use of the Tarot not only applies to the spiritual development of individuals, but can apply to putting social institutions on a more spiritual path, leading to a better, more peaceful, world.

Arthur Rosengarten, Ph.D. has been a clinical psychologist in private practice for more than 35 years. He wrote the first accredited doctoral dissertation on Tarot (1985), which was compared experimentally with dream interpretation and projective storytelling. In addition to seeing private clients for psychotherapy, he teaches Intuition Mind Seminars and The Tarot Circle, now in its 25th year. He has been an adjunct graduate professor of psychology at a number of universities and has lectured on the psychology of Tarot widely, including major conferences throughout the U.S., China, and India. Rosengarten is author of Tarot and Psychology: Spectrums of Possibility and creator of the Tarot of the Nine Paths: Advanced Tarot Deck for the Spiritual Traveler.