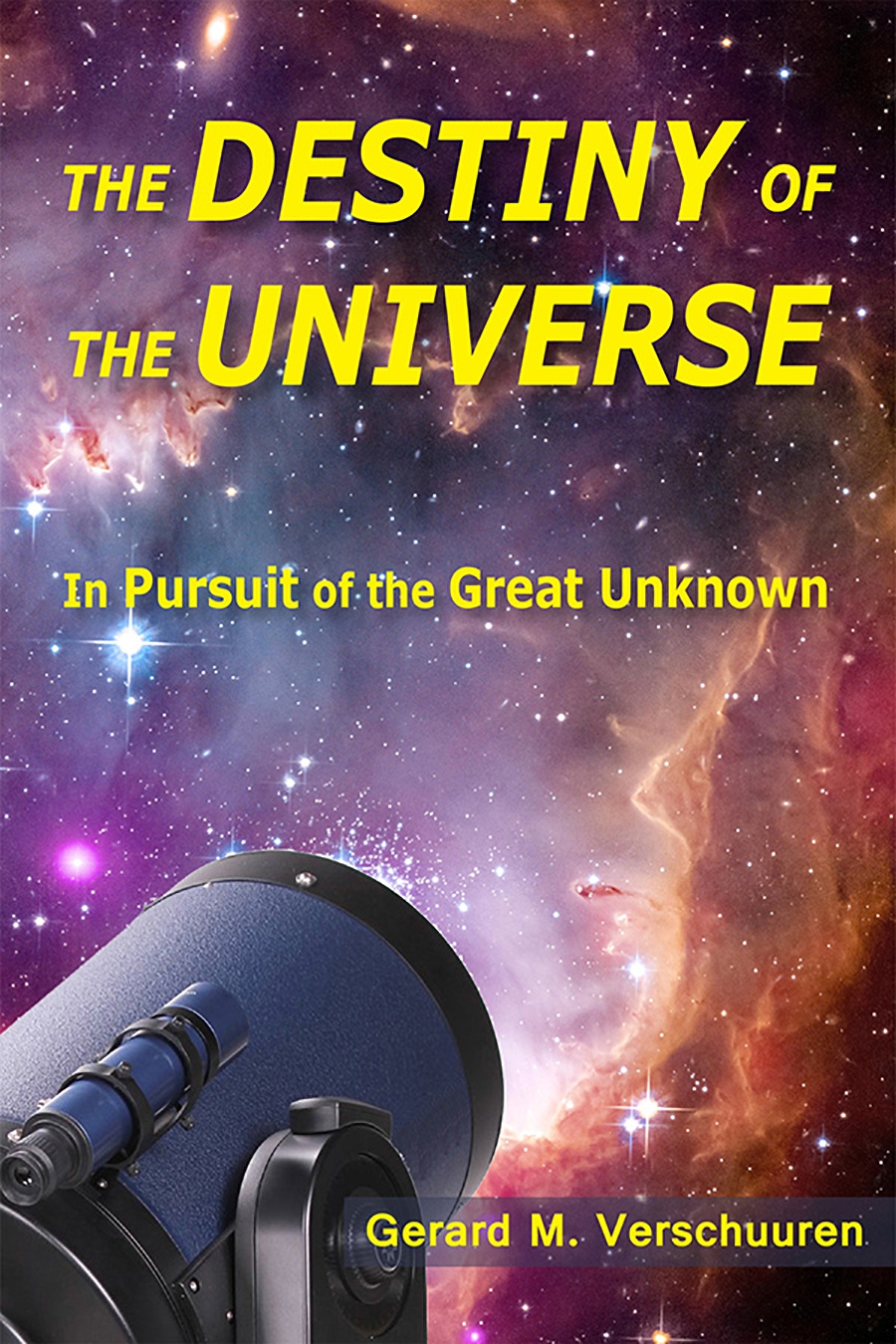 Destiny of the Universe

In Pursuit of the Great Unknown

This book is a critical philosophical journey, starting in the world of science, but ultimately in pursuit of the Great Unknown that has become more and more known in the lives of so many people. It is not about an anthropomorphic God or religious projection, but a Creator who can be better known through the discoveries of science. It is not limited to scientific evidence, but thoroughly grounded in an easily readable and well-presented account of the latest scientific discoveries and theories developed by astronomers, physicists, and geneticists. It is about the Great Unknown beyond and behind all that we can see through our telescopes and microscopes. This book is not a religious apologetic, speaking to those inside the fold of any church, but to those living in its Diaspora, who are conversant with the latest science and critical philosophy. It is a book for rational people who know something about the barren interstellar space of our universe, surrounded by black holes, quasars, and pulsars, and may feel quite lost in its vastness and extreme coldness. It is for all those doubters, skeptics, and even nihilists in our midst, who have an open mind and do not hold scientific dogma with religious fervor. The reader will learn that it is not so much science, but misguided and narrow philosophy that tells us that there is nothing beyond or behind the Big Bang providing purpose and destiny to the universe to which we belong.

Dr. Gerard M. Verschuuren is a human geneticist who also earned a doctorate in the philosophy of science at the Free University in Amsterdam. He studied and taught at several universities in Europe and the United States. He is a writer, speaker, and consultant on the interface of science and religion, creation and evolution, faith and reason. He has published several books, including Darwin’s Philosophical Legacy: The Good and the Not-So-Good.