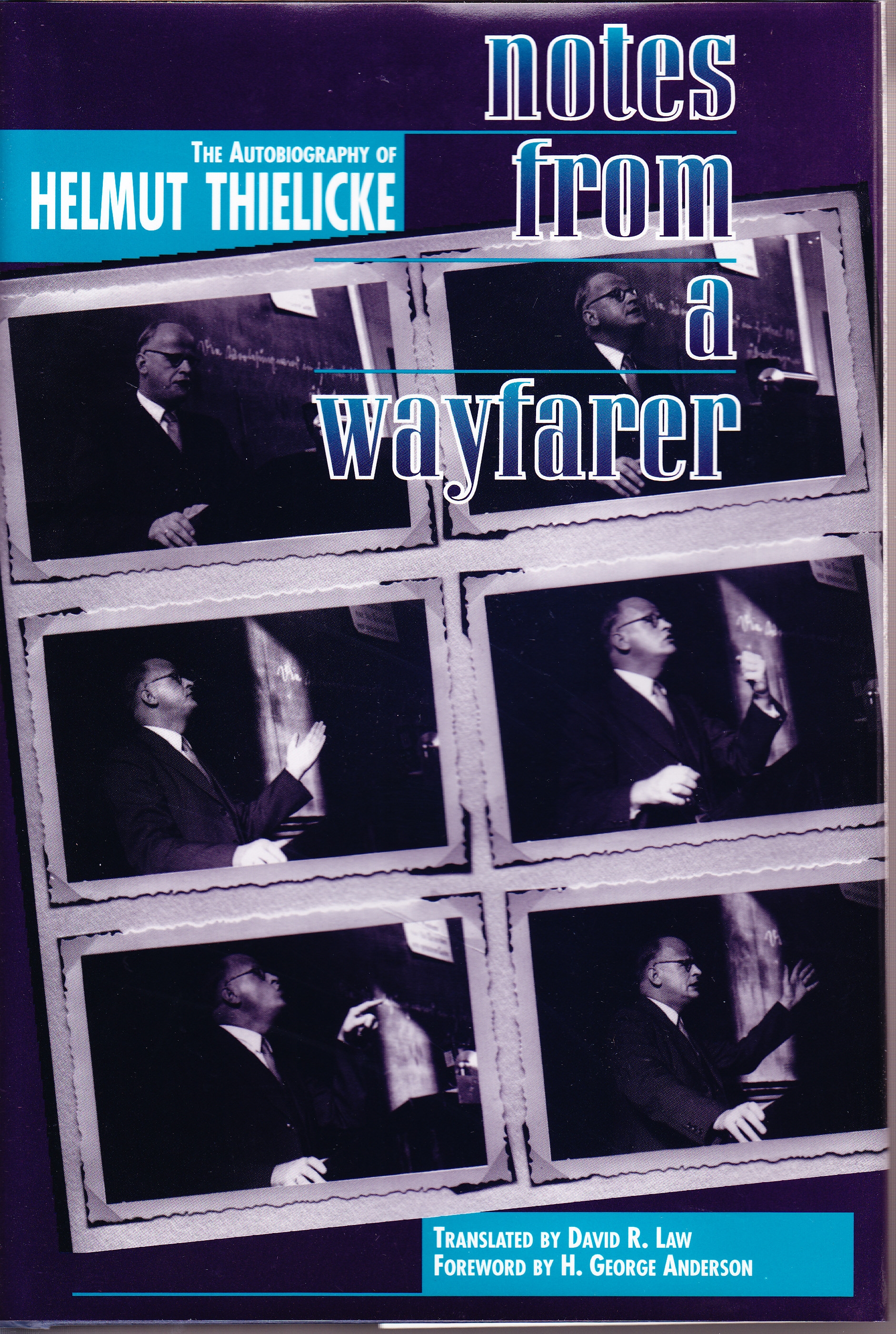 Notes from a Wayfarer

The Autobiography of Helmut Thielicke

Helmut Thielicke was one of the most popular theologians of the 20th century. He repeatedly came down from the ivory tower of academic religion to build bridges between church and world, between gospel and society. His works followed both Protestant and Catholic theology, were discussed in dissertations and reviews, and published widely.

In Notes from a Wayfarer, written shortly after his 75th birthday, Thielicke’s narrative is filled reflections about suffering, death, and the poignancy of life as well as with a delightful humor that easily makes us part of every story and encounter. Without pretense or self-promotion, Thielicke introduces us to the figures whom he counted among his friends and acquaintances: Karl Barth, Konrad Adenauer, Romano Guardini, Dietrich Bonhoeffer, Eduard Spranger, Theodore Huss, and Helmut Kohl.

Thielicke was a witness to many of the most significant events of our century; his life history is interwoven with the Kaiser period, the Weimar Republic, the rise of the Third Reich, a divided Germany, and the tumultuous 60s. From the perspective of this single life we are afforded a broad and clear vision of the moments that have shaped the generation leading us into the 21st century.

HELMUT THIELICKE served as professor of theology at Heidelberg until his dismissal by the Nazi regime in 1940. After the War he served as professor and rector at the University of Tubingen until 1954, when he accepted the post of rector at the University of Hamburg. During his prolific writing career he produced an eight-volume Systematic Theology. Helmut Thielicke died in March 1986.