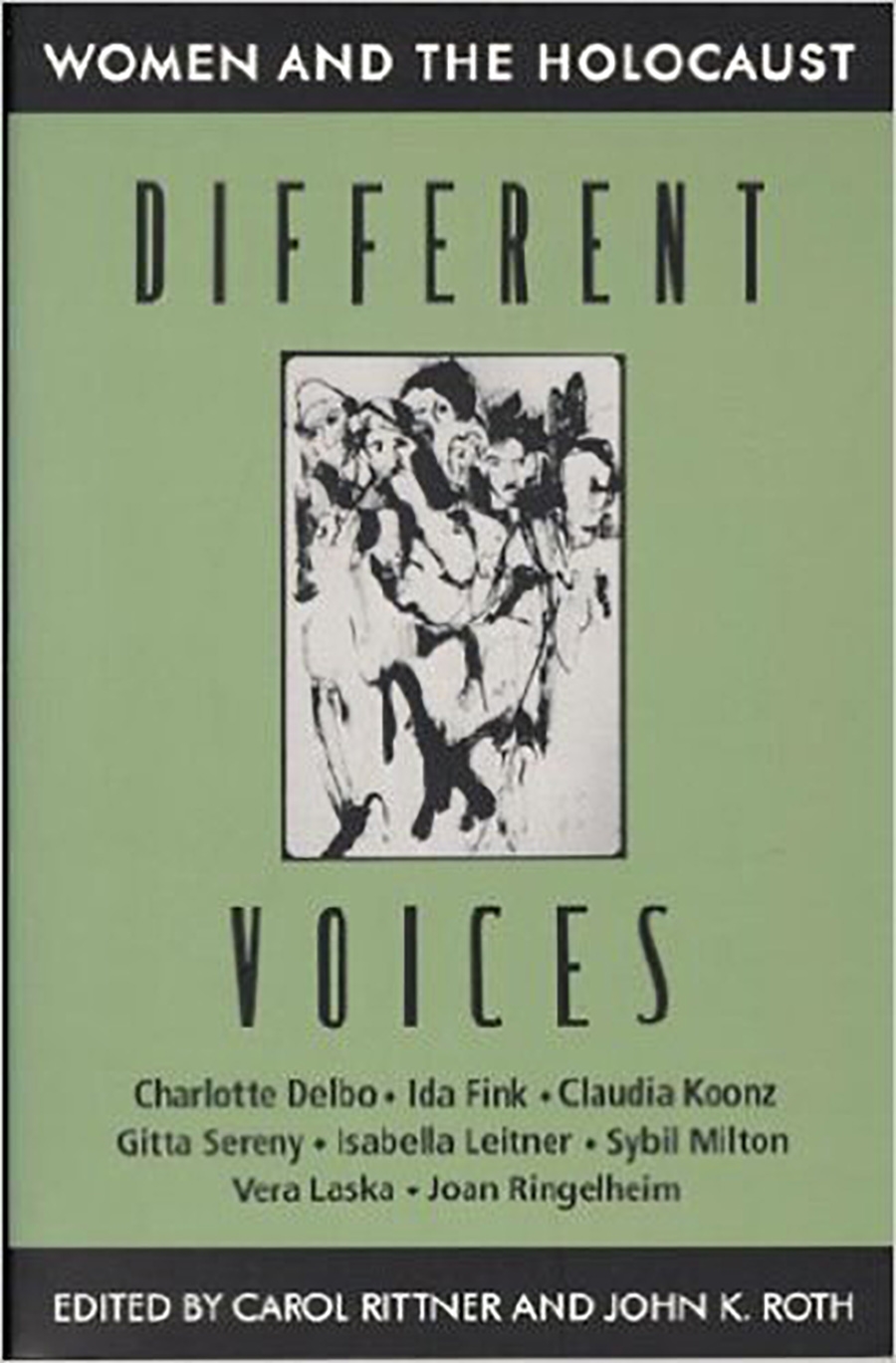 Women and the Holocaust

Different Voices is the most thoroughgoing examination of women’s experiences of the Holocaust ever compiled. It gathers together–for the first time in a single volume–the latest insights of scholars, the powerful testimony of survivors, and the eloquent reflections of writers, theologians, and philosophers.

Part One, “Voices of Experience,” recounts the painful and poignant stories of survivors, stories of resistance, compliance, medical experiments, all kinds of horror, and total vulnerability. Part Two, “Voices of Interpretation,” offers the new insights of women scholars of the Holocaust, including evidence that the Nazis specifically preyed on women as the propagators of the Jewish race. In Part Three, “Voices of Reflection,” women artists and intellectuals contemplate the Holocaust, even to the point of suggesting, through painstaking statistical evidence, that more Jewish women than Jewish men actually perished in the Holocaust.

Lyrical, vivid, and affecting, Different Voices is a powerful commemoration of the sufferings and of the courage of Jewish women during the darkest years of the twentieth century. It is a compelling–and essential–contribution to our knowledge of the Holocaust.

Dr. Carol Rittner RSM, a Roman Catholic nun, is Distinguished Professor of Holocaust & Genocide Studies at The Richard Stockton College of New Jersey. Associate editor of the bi-monthly publication The Genocide Forum (USA) and editor of the e-journal, Mercywords (www.mercywords.org), she has published a number of books, includingThe Courage to Care: Non-Jews Who Rescued Jews During the Holocaust, Different Voices: Women and the Holocaust, The Holocaust and the Christian World, Pius XII and the Holocaust, andWill Genocide Ever End? Her film, The Courage to Care, was nominated for a 1986 Academy Award in the Short Documentary category.

John K. Roth is the Edward J. Sexton Professor Emeritus of Philosophy and the Founding Director of the Center for the Study of the Holocaust, Genocide, and Human Rights (now the Center for Human Rights Leadership) at Claremont McKenna College, where he taught from 1966 through 2006. In addition to service on the United States Holocaust Memorial Council and on the editorial board for Holocaust and Genocide Studies, he has published hundreds of articles and reviews and authored, co-authored, or edited more than forty books, including Approaches to Auschwitz: The Holocaust and Its Legacy; Ethics During and After the Holocaust: In the Shadow of Birkenau; and The Oxford Handbook of Holocaust Studies.