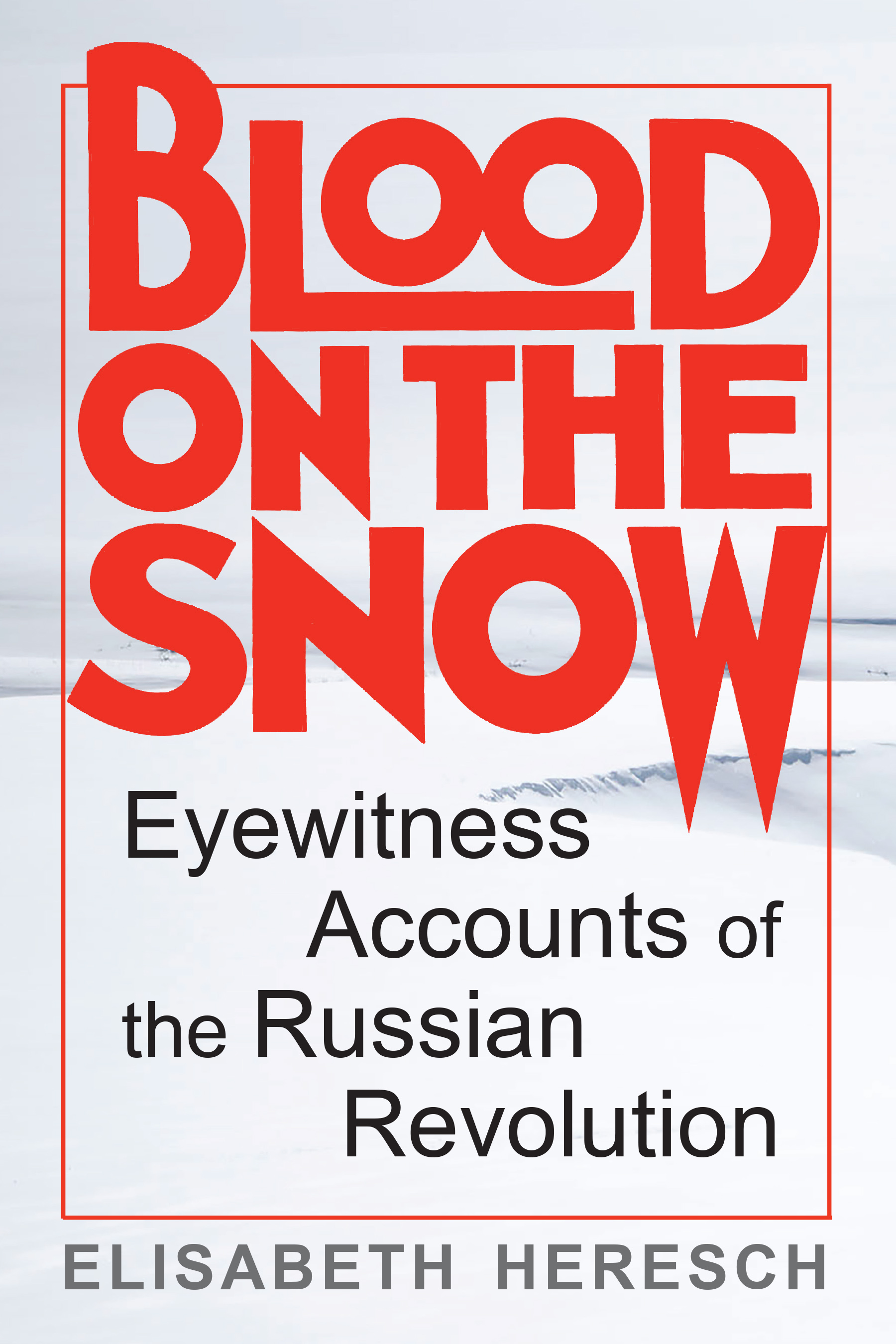 Blood on the Snow

Eyewitness Accounts of the Russian Revolution

As the world's only broad collection of personal accounts of the Russian revolution, Blood on the Snow contains honest, lively, compelling stories, and personal experiences of the drama, brutality, and hypocrisy of the Russian revolutions of February and October 1917. The memories of eyewitnesses, still alive in the 1980s, are woven together to form a vivid picture of those history-making events and personalities. Readers are transported into the events and experience as if they were there.

Prince Felix Yusupov tells of the night that he and others killed the notorious Rasputin. Tatyana Botkina, daughter of the Czar's physician, witnessed her father, along with the Czar and his family, driven from exile to execution. P.N. Malyantovich, Justice Minister of the provisional government, recalls the night that the provisional government was overthrown, and members of that government had their lives threatened by an armed mob. Varvara Levitova, a volunteer nurse shot in the battles between the Whites and the Reds, recounts the horrors of the front line where Russian battled Russian.

These witnesses and others challenge commonly held assumptions about the revolution. Was Czar Nicholas II an incompetent and aloof autocrat bent on preserving his own power? Was Lenin a popular leader of a popular revolution? Were the people truly clamoring for a revolution to transform Russia into a classless society? From these stories the reality of the Russian Revolution is revealed.

Elisabeth Heresch is an expert on Russian affairs, publicist, and translator from Russian and French into German. She traveled throughout Europe, the United States, and the Soviet Union seeking out and interviewing witnesses of the Russian Revolution. She is a graduate of the Institute for Slavic Studies and Romanic Studies at the University of Graz, in her native Austria. She is the author of 12 books on Russian history, culture, and music.