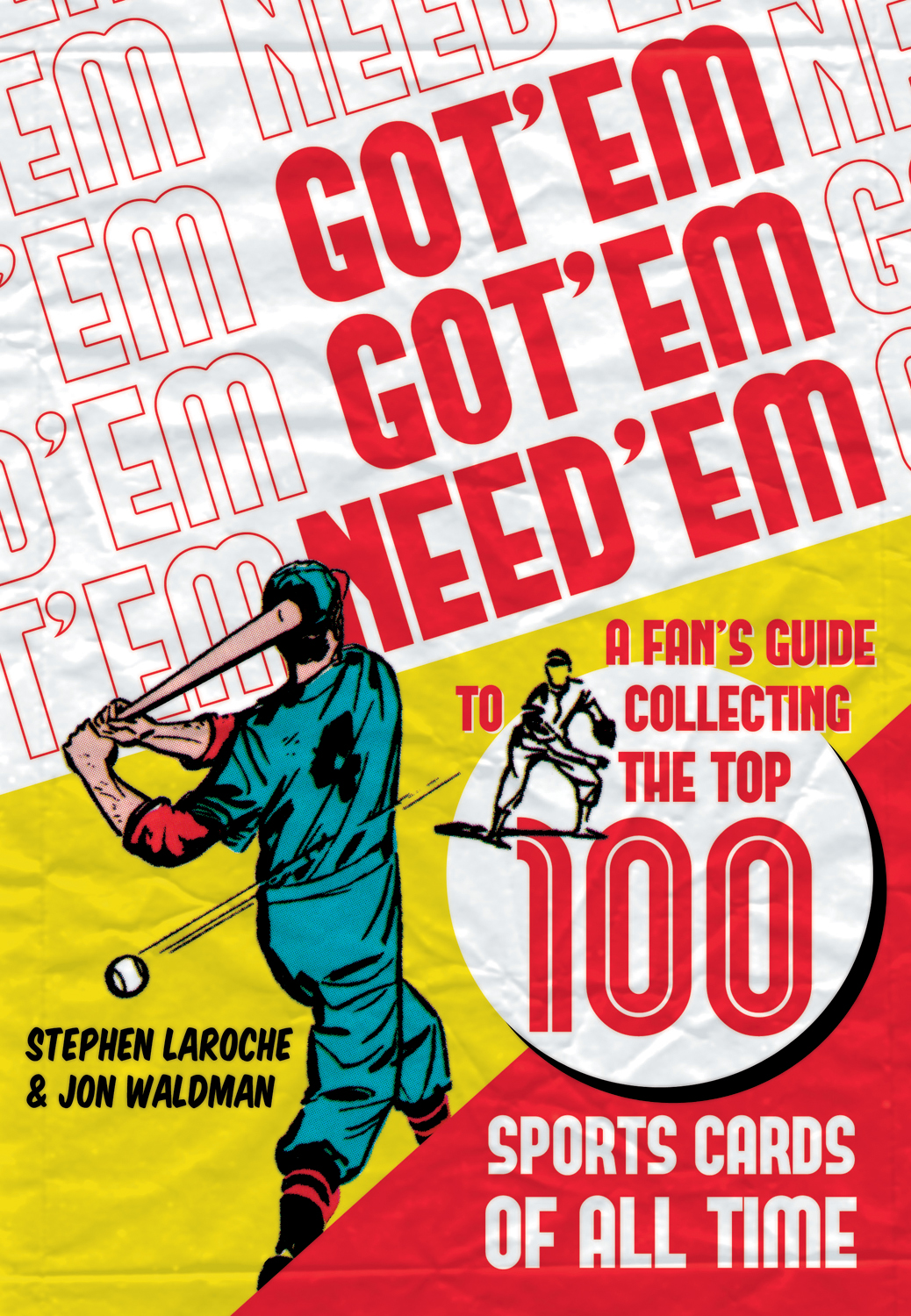 ?For over 100 years, kids of all ages have enjoyed the thrill of collecting sports cards. Whether it was souvenirs from their parents’ cigarette packs, pieces that came in bubble gum packages, or the modern dazzlers, the simple formula of pictures and text on cardboard have been a part of North American society for over a century. Now, take a look back at one of the most popular hobbies in history with Got ’Em, Got ’Em, Need ’Em. Covering baseball, basketball, football, hockey, boxing, and golf, this unique book offers a look at the greatest sports cards ever produced, including the players and personalities involved. Relive the days gone by with some of the industry’s most well-known experts as we count down the best from the business. Plus, as a special bonus, take a look at the best innovations, the worst blunders, and a special tribute to the hobby’s boom era in the 1990s.

?Stephen Laroche is a longtime hobbyist who has taken a love for trading cards and memorabilia and turned it into a career. A brand manager for In The Game, Inc., he has a keen appreciation for the history of his industry and loves seeing his ideas make their way into the hands of collectors. Jon Waldman is a Winnipeg-based writer and lifetime card collector. He has worked for both hobby media and card companies. He has also written for a variety of magazines and newspapers over the years, such as The Hockey News and Winnipeg Men Magazine. He is also the editor of Slam! Wrestling: Stories from the Squared Circle (ECW, 2009).