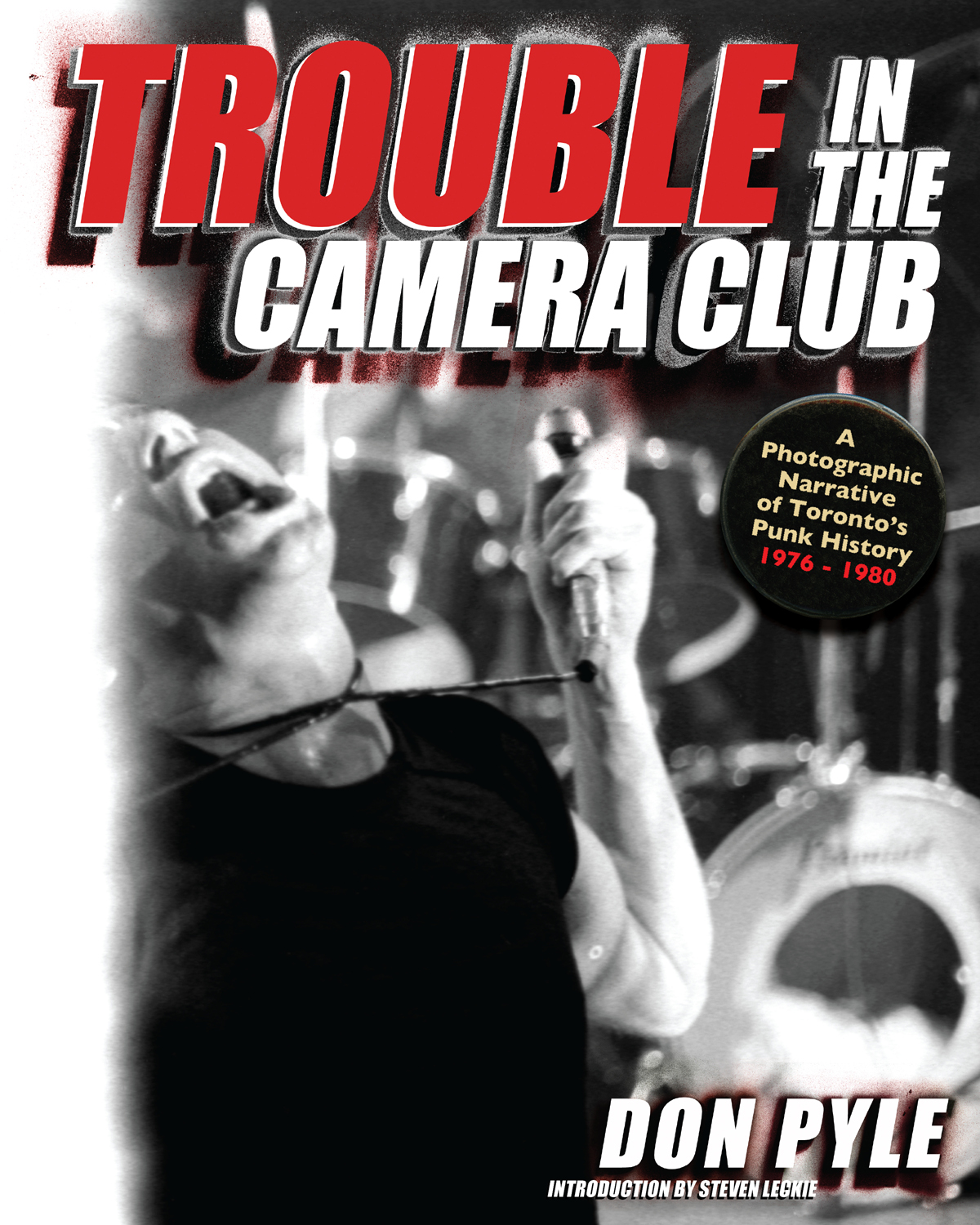 Trouble in the Camera Club

?Trouble in the Camera Club features over 300 photographs by Don Pyle and another 200 images of related ephemera from the earliest days of Toronto’s punk music scene, featuring early gigs by Toronto bands like The Viletones, Teenage Head, The Curse, The Diodes, and The Ugly, and visiting punks the Ramones, Iggy Pop, Patti Smith, The Clash, Vibrators, The Stranglers, and other artists influential to the punk movement including Bryan Ferry, David Bowie, and Cheap Trick. Starting in 1976, at age 14, Don Pyle witnessed and photographed some of the earliest gigs of Toronto punk acts and many of the artists whose sensibilities aligned with this new, festering subculture. According to Steven Leckie of The Viletones, Pyle’s photographs “made everyone look heroic, as good as Annie Leibovitz and Linda McCartney.” In 1977, Pyle bought a 35mm camera and joined his high school’s camera club to learn how to develop and print, and to get free chemicals for processing. His trial-and-error education in photography resulted in a collection of images that, 30-something years later, are as much historic document as they are pictures of an underrepresented and significant period in Toronto’s musical cultural development. Scratched, watermarked, and dusty negatives were restored to reveal his hidden history of the revolution. Numerous artists that have since passed away are captured in this book in their creative prime, frozen in youthful self-absorbed beauty. These are photos taken by a kid in awe of what he was seeing and who was pressed against the stage at every gig, not by a “professional” who observed from the sidelines. Trouble in the Camera Club is a one-of-a-kind photo-documentary of this golden moment — the birth of punk.

?Don Pyle is a musician, producer, and artist. He’s released 12 albums, created music for films and TV series, and produced recordings for other artists. He was a member of the Juno award-winning band Shadowy Men on a Shadowy Planet for 11 years. He has been taking photographs since he acquired a red plastic Sabre “620” camera in 1965. This is his first book, and his portfolio can be seen at www.donpyle.com. Pyle’s current music project, Black Heel Marks, will release their debut album in the summer of 2011. He lives in Toronto, Ontario.