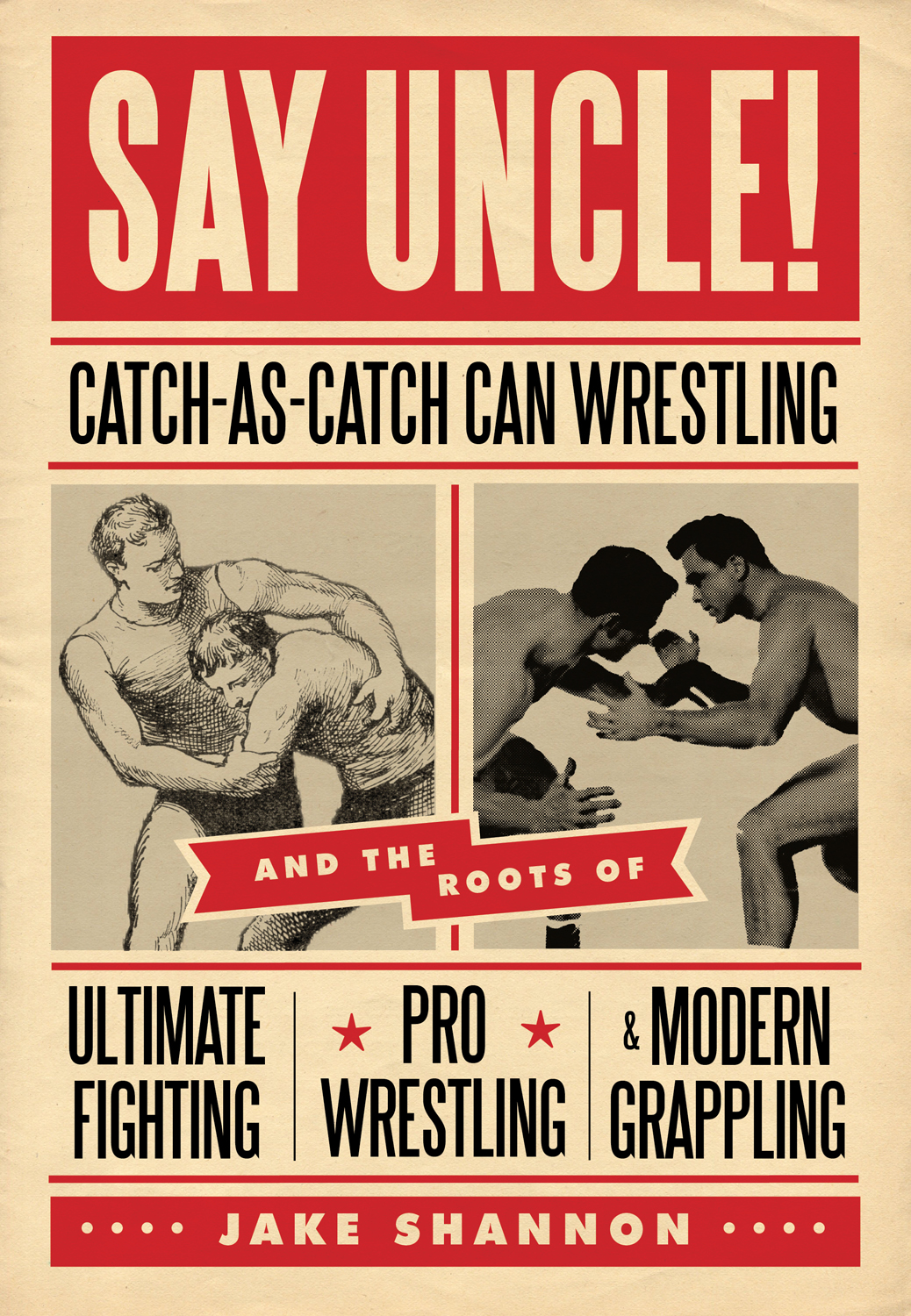 ﻿Catch-As-Catch-Can and the Roots of Mixed Martial Arts, Pro Wrestling, and Modern Grappling

?Say Uncle! is the definitive book on the history, players, and techniques of catch-as-catch-can grappling. Catch-as-catch-can, or “catch wrestling” for short, is the great-granddaddy of today’s mixed martial arts, professional wrestling, freestyle wrestling, and many reality-based self-defence systems. It is a nearly lost form of Western martial art that is rich in history and full of painfully brutal techniques. Say Uncle! traces the background of this unique sport through America and Japan back to England and Ireland and is chock full of exclusive interviews from legends like Karl Gotch, Billy Robinson, Josh Barnett, and more. The technique section is fully illustrated so readers can begin to use these powerfully effective techniques and strategies in their grappling and mixed martial arts game. In the same vein as Total MMA (ECW), Say Uncle! obliterates the myths of the roots of modern mixed martial arts and shows that today’s WWE and UFC have a lot more in common than just Brock Lesnar. The catch-as-catch-can roots of modern MMA and pro-wrestling are well documented but little known, until now.

?Jake Shannon is an author, the founder of ScientificWrestling.com, inventor of the Macebell, and a master hypnotist. He holds a B.A. in English from the University of Colorado, Boulder, and a M.Sc. in financial engineering from Golden Gate University in San Francisco. He currently lives in Salt Lake City, Utah.