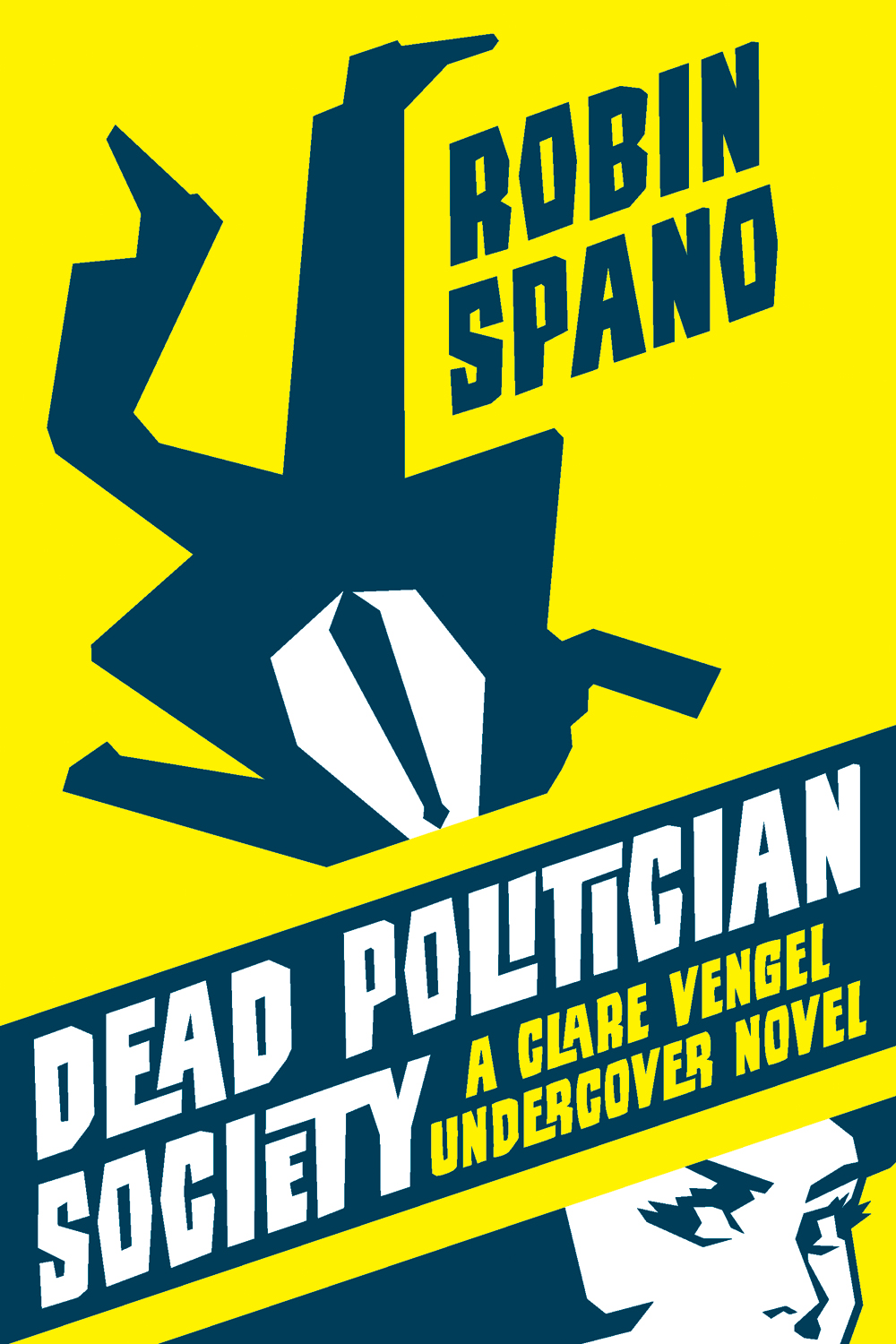 ?The mayor falls down dead in the middle of a speech, and a university secret society promptly claims credit for the murder.Clare Vengel is given her first undercover assignment: to pose as a student and penetrate the society. She’s a mechanic in her spare time, and thinks book smarts are for people who can’t handle the real world. Instead of infiltrating the club, she alienates a popular professor, and quickly loses the respect of police superiors.Another politician is killed, and Clare is horrified that student idealism could be ramped up to the point of murder. She gets into gear, forging friendships with students, and a romantic involvement with a key suspect.When two more politicians die, Clare knows that the murderer she has to unmask is someone she has come to consider a friend. She only hopes that the friend doesn’t unmask her first.

Robin Spano grew up in Toronto, studied physics in New Brunswick, then dropped out to travel North America on her motorcycle. She met her husband, Keith, while working as a waitress, and helped him run his Toronto pool room until they moved to Vancouver. She unwinds by snowboarding, boating, or arguing about politics.