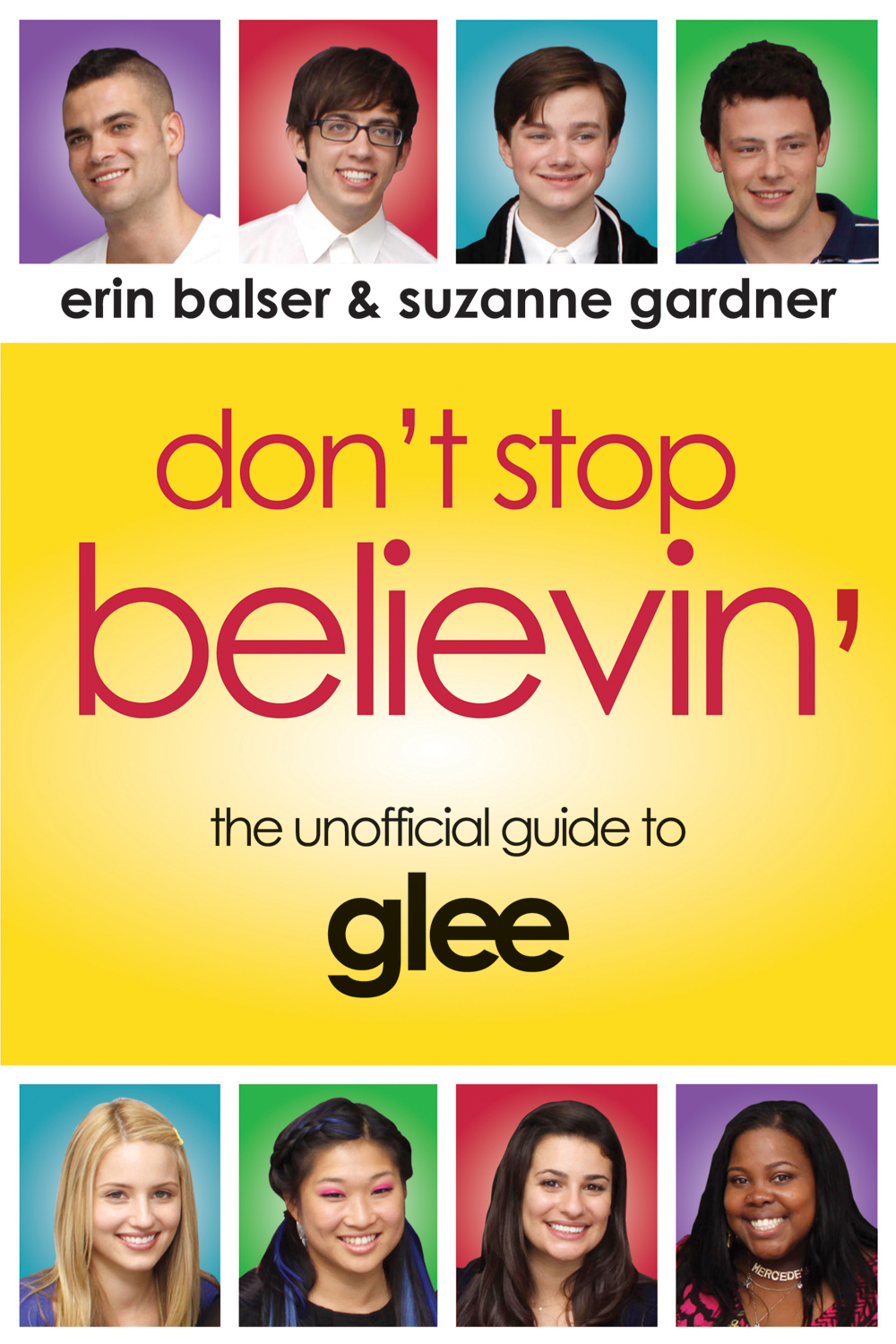 The Unofficial Guide to Glee

“The ultimate resource for truly dedicated fans.” — School Library Journal The kids in McKinley High School’s glee club, New Directions, might not be the most popular, but for six years Glee was unquestionably a runaway hit. During its spectacular run from 2009–2015, Glee exploded as one of the most popular hours on TV, and earned an astounding 19 Emmy nominations in its first season. In addition to the show’s staggering success, Glee’s songs heated up the music charts, with 25 tracks on the 2009 hot 100 list, a hit-rate topped only by the Beatles when they had 31 hits in 1964. Don’t Stop Believin’ pays tribute to the glorious mash-up of music, comedy, drama and social commentary that keeps Glee and its band of misfits in the spotlight, even after the final curtain fell on the show. Written by gleeks extraordinaire Erin Balser and Suzanne Gardner, the book is jam-packed with: an in-depth episode-by-episode exploration of the first season of the show, focusing on themes, storylines and main characters all the details on the hit songs in every episode, behind-the-scenes happenings and the show’s entertainment and cultural references exclusive interviews with Glee actors including Stephen Tobolowsky (Sandy Ryerson), Heather Morris (Brittany), and Ken Avenido (Howard Bamboo) personal stories from fellow gleeks about what the show means to them biographies of the principal players and guest stars the story of the making of Glee and how it was brought to life by creator Ryan Murphy fun and informative sidebars terrific on- and off-set photos of the cast Capturing all the highs and lows of this ground-breaking series, Don’t Stop Believin’ is a show-stopping guide to Glee’s journey — the perfect companion for fans who need an encore of the show.

Erin Balser is an entertainment writer and literary critic, whose writing has appeared in Torontoist, Green Perspectives, Quill & Quire and more. She runs the Glee blog Glee Dork, and has managed several entertainment blogs, including Top Model Gossip, Nicole Richie Fan, Mary-Kate and Ashley Fan, and Beckham Groupie. Suzanne Gardner is a writer and reviewer. She has written for several print and online publications including Quill & Quire, Imprint, and Sweetspot. Her popular Glee blog, Gleeks United, was mentioned in the Guardian, and she was filmed as an expert on Glee for a documentary on the show that will air in the UK. Both authors live in Toronto, Ontario.