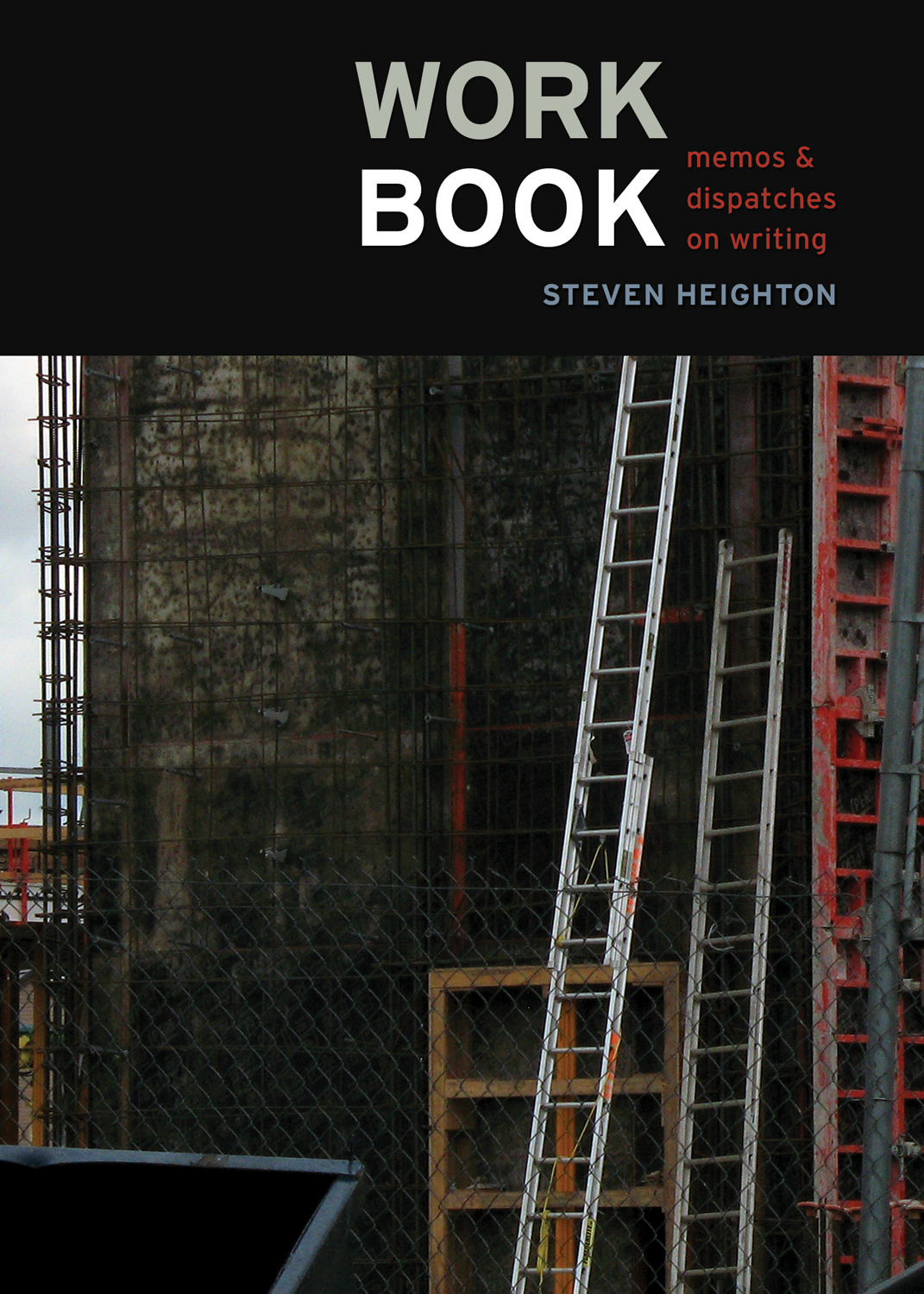 Since selections first appeared in the New Quarterly and the National Post as part of “The Afterword,” Steven Heighton’s memos and dispatches to himself — a writer’s pointed, cutting take on his own work and the work of writing — have been tweeted and retweeted, discussed and tacked to bulletin boards everywhere. Coalesced, completed, and collected here for the first time, a wholly new kind of book has emerged, one that’s as much about creative process as it is about created product, at once about living life and the writing life. “I stick to a form that bluntly admits its own limitation and partiality and makes a virtue of both things,” Heighton writes in his foreword, “a form that lodges no claim to encyclopedic completeness, balance, or conclusive truth. At times, this form (I’m going to call it the memo) is a hybrid of the epigram and the précis, or of the aphorism and the abstract, the maxim and the debater’s initial be-it-resolved. At other times it’s a meditation in the Aurelian sense, a dispatch-to-self that aspires to address other selves — readers — as well.” It’s in these very aspirations, reaching both back into and forward in time — and, ultimately, outside of the pages of the book itself — that Heighton offers perhaps the freshest, most provocative picture of what it means to create the literature of the modern world.

Steven Heighton's most recent books are the novel Every Lost Country (May 2010) and the poetry collection Patient Frame (April 2010). He is also the author of the novel Afterlands, which appeared in six countries, was a New York Times Book Review Editors' Choice, and was a “best of year” selection in ten publications in Canada, the USA, and the UK. The book has recently been optioned for film. He has also published The Shadow Boxer—a Canadian bestseller and a Publishers Weekly Book of the Year for 2002—which appeared in five countries. He lives with his family in Kingston, Ontario.