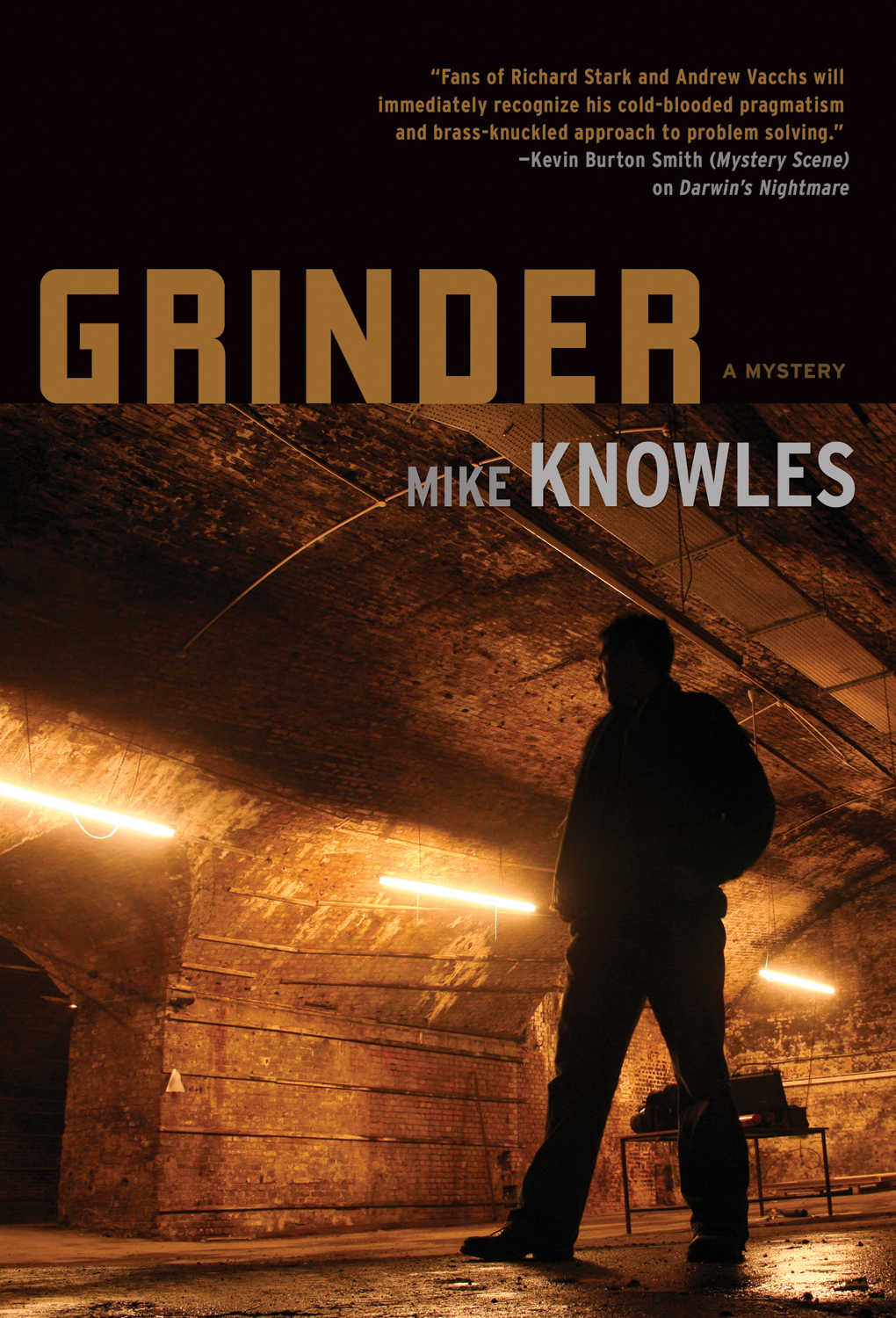 “You brought me back into this because you know what I am. I’m a grinder, I find out everything.” Bullets squared everything. Wilson left his old boss alive in exchange for a clean slate. Wilson held up his end of the bargain and stayed off the grid for two years. Two years of peace until a man came calling. The man brought a gun and a woman in his trunk. Thousands of miles from home, Wilson learns that the city doesn't let go so easily. The city is more than bricks; it is a machine running on the blood of hard men and women. The hardest man in the city remembers Wilson and he will stop at nothing to get him back. A dangerous mobster’s nephews are missing and the only suspects are his lieutenants. Wilson is pulled back to once again work under the radar – to quietly find out who is responsible, so it can be settled with screams. Wilson is back to being what he was. He’s a grinder again. All bets are off and before he’s done – everyone will pay.

Mike Knowles studied writing at McMaster University before pursuing a career in education. Knowles became an elementary teacher and currently teaches in Hamilton where he lives with his wife and dog. He is also the author of Darwin’ s Nightmare (ECW).