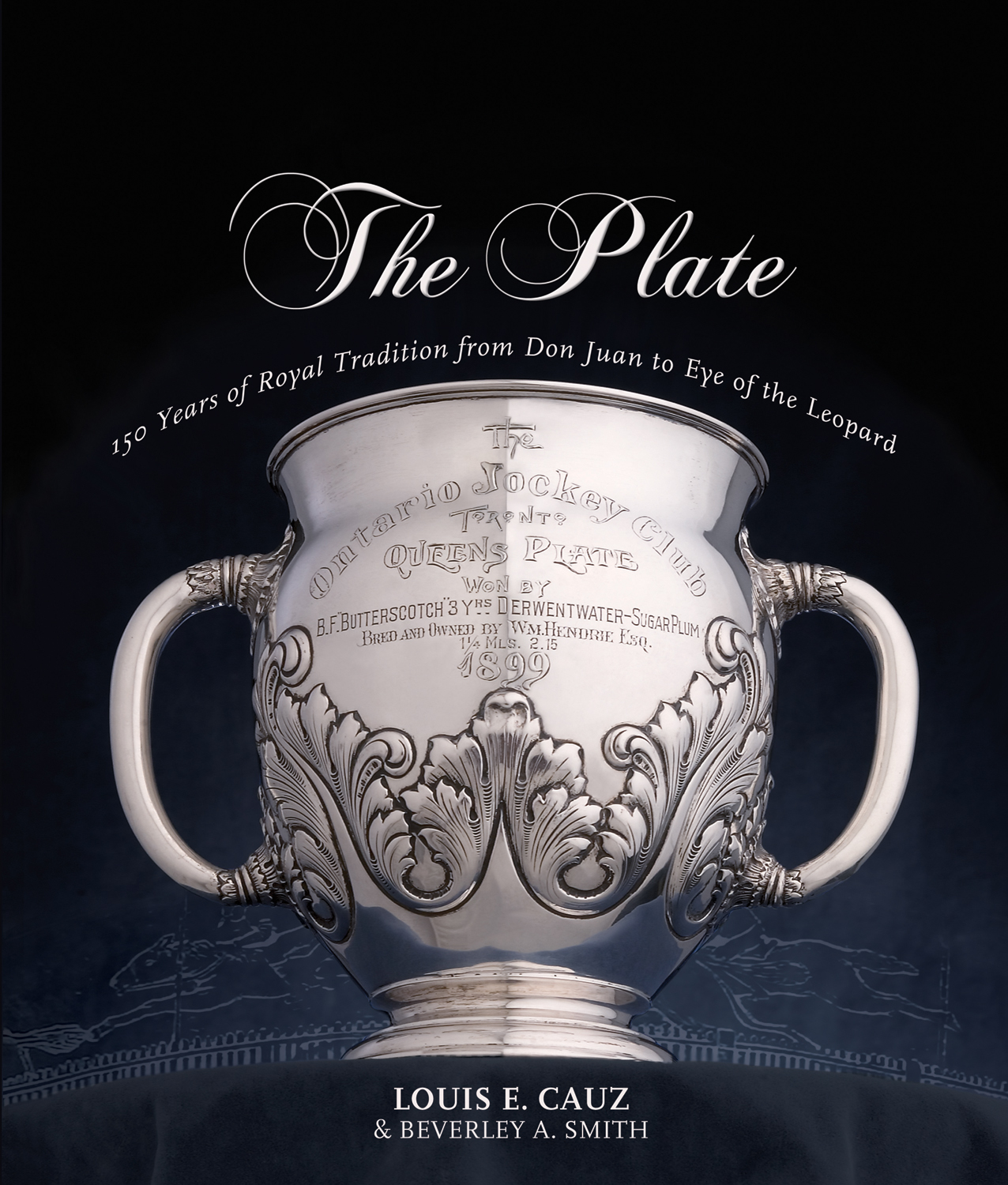 The Queen’s Plate was inaugurated, with royal blessing, on Wednesday, June 27, 1860, at the Carleton track in Toronto, located in bucolic surroundings near what is now the traffic-strangled southwestern corner of Keele and Dundas streets. There is no reason to believe that Queen Victoria was a wild-eyed devotee of horse racing. However, Her Majesty granted the petition of the little turf club in the boisterous Upper Canada community (the population of Toronto was 44,425) and offered as an annual prize, “a plate to the value of Fifty Guineas.” And thus Canadian horse racing was established as “the sport of royalty.” Today, the Queen's Plate is the first jewel in Canada’s Triple Crown of Thoroughbred Racing and the longest continuously run stakes race in North America. It takes place every June, and the first-place purse is $1 million. The Plate is unquestionably Canada’s most famous, one-day social and sporting event. This book explores the colourful history of the Queen’s Plate through words and archival photographs.

Louis E. Cauz is from Hamilton, ON, where he worked for the Hamilton Spectator before joining the Globe and Mail in 1957. He also worked for the Toronto Star and CBC-TV. He is the author of The Plate: A Royal Tradition, which earned him a Sovereign Award in 1984, and Baseball’ s Back in Town (1977). He is a member of the Canadian Horse Racing Hall of Fame and the Etobicoke Sports Hall of Fame. Cauz has been the American Baseball League’ s official scorer for the Toronto Blue Jays at the Roger Centre since 1989 and is currently Archivist and Historian for Woodbine Entertainment and Managing Director for the Hall of Fame at Woodbine. He lives in Toronto. Beverley Smith has covered horse racing, both thoroughbreds and standardbreds, for more than 25 years for the Globe and Mail. Ms. Smith has twice won a Sovereign Award for horse racing articles and was a finalist for a National Newspaper Award. She is an author of four books on figure skating and covered the Olympic Games in Australia, Greece, Italy, the United States and Canada for the Globe and Mail. She lives in Mississauga, ON.